Evil is a Spiritual Dysfunction 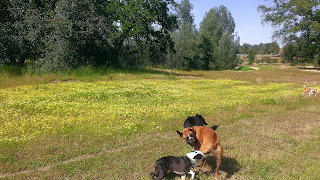 Recently, I've been thinking and working on solutions to overcome evil and to understand from where it comes.  I define evil as things which go against the natural order as God created it.  However, there's more to it as the beginnings of evil seem to come from the spirit, then the mind, and possibly the physical action which displays the evil spirit.  I'm not sure if anyone can be possessed by evil spirits as that would remove any choice the person may have not to commit an evil deed.  But it has been my experience that our minds and spirits are always under attack by the evil.  It feels like someone or something is always trying to draw us into it, even when we have no such thing in mind.  All of us go through this and so we are always tempted to commit an evil.  Usually, this evil temptation comes from a conscious being which most call either Lucifer or Satan.  In fact, all of the occult is evil, so it is important to understand and recognize what it is and how to separate ourselves from it.  I don't completely understand how this kind of influence can take over a person's good judgment, but all I know is that it is always present in our lives and it is up to ourselves to put the evil in its place and move on to a happier place in our lives.

Separation is critical
In order to live successfully in the natural order, a man needs to make sure he doesn't attempt to bring evil into that good order.  A man should not be a storage dump for evil thoughts or a vehicle
for malicious actions.  In my opinion, every man chooses the evil for himself and exposes himself to it on a daily basis.  The only way I know of is to try to stay away from evil as much as possible, and when it is encountered, it should be exposed for what it is and then avoided.  This is not always possible, but in most cases, the separation will do the job of keeping the man within the natural order. Evil and the consequences of evil is not a part of the natural order, but it seems to be ever present with the only purpose which is to destroy mankind.

The spirit of a man is fouled by evil
While I have a hard time believing anyone can be completely possessed by a demon, I do think that a man's spirit can be traumatized by the evil influence of demonic influence.  That influence is what must be stopped before it can do any damage to the spirit and the mind.  In addition, a man needs to know how to turn around his evil ways and make corrections in his life in order to live a happier life.  Again, the best way I know how to do that is by separating from the evil.  This always has a peaceful and calming effect.  It makes life more enjoyable because the burden of evil is not carried upon the spirit of the man, woman, or child.

Thinking critically is essential before taking action or believing in something
Most of us have never taken the time to consider whether anything is going to be good or bad. This is a major mistake and this is a big flaw in the way we all have been "educated."  We haven't been taught how to think critically.  We have been taught to accept any old line of poppycock and then adopt it as our own.  This is why I feel that most colleges, universities, high schools and grammar school are a complete waste of time.  They teach young people how to get along with the group thinking rather than to go out on their own and use the mind that God gave them.  So when evaluating something, it is important to ask the following questions:

If we take more time to evaluate our actions with these questions, I would think that we'd all be making better decisions.  Rather than making emotional decisions, I think it is better to be asking the above questions first before taking any actions.

Fighting the stupor
It has been my experience that it is the stupor or an evil influence that can be set upon a man at any time.  It is weird, but it never overrides the free will.  It is important to overcome the stupor in order to make intelligent choices.  The quality of life will become much more noticeable by using this method.  This is not psychiatry, it is just the opposite.  Psychiatry likes to eliminate the difference between good and bad; making intelligent choices by properly exercising the free will should always produce  good results.  And that's what most of us want for ourselves.  We want to live peaceful lives and to enjoy our existence while we are here on earth.  The governments and religions always make it difficult.  However, demonic forces are always around us in their attempt to destroy our lives.  Most people have been completely defenseless against this phenomenon.  This is not taught in any schools and I don't believe any religion teaches it.  Government and religion usually go to great lengths to inflict the stupor on masses so that they can be manipulated and controlled.  By being completely focused as to whether something is good or bad is essential to avoid the bad consequences of violating God's natural order.

All governments operate on the principles of Lucifer
The evidence for governments working on Satanic principles is the use of the oath.  Oath-taking is forbidden in the commandments and in Jewish and Christian writings because they take the Lord's name in vain.  Most political leaders do not do what they say they are going to do thus they are liars.  Political leaders and their flunkies under oath are working in the Luciferian system.  These political systems constantly violate the natural order and the commandments.  The primary system is communism which is just another form of feudalism complete with the evil oath-taking.  What is interesting is that none of the religious leaders have taken any exception to oath-taking.  The whole foundation of the governments is on the wrong foundation and nothing good comes from them.  This is why it seems they are all in an endless war with each other.  Jews, Muslims, Hindus, Christians and many others swear oaths thus establishing their organizations upon evil.  The oath is a curse to mankind and those who swear them have put their minds and spirits into a horrible dysfunction.  Oath-taking does absolutely nothing to benefit mankind.  And this is why the court systems are so dysfunctional because they bear a false testimony to the authority of the STATE, State, or state.  The governments are responsible for the deaths of millions of men, women, and children and this alone should clearly demonstrate that they are completely worthless to the benefit of mankind.  Nothing would be a better replacement for them.  The governments could be replaced by an empty space as they operate on the spiritual dung heap of oath-taking.

Bad religion supports bad government
I don't believe that God would establish such nonsense as the various religions we've come to know.  They pull the most obscene doctrines out of their collective butts and then tell us that God said it or God did it.  Since most of the main religions are based or rooted in Judaism it is starting to make sense to me why these religions are so screwed up.  If Judaism or Cabala via the Talmud, freemasonry are the satanic foundations for the other religions, then there's going to be a major problem with Islam, Christianity, Hindu, and many others.  The bad fruit doesn't fall very far from the corrupted tree.  My experience with Christianity is that it is just as corrupted as Judaism.  All we have to do is to look at it and observe it.  Just look at the poor conduct of most pastors and that should tell us what we need to know without having to spend years and years reading twisted writings.  Muslims fight each other, so there is no "peaceful" religion.  Abiding in the commandments which are evident in the natural order is peaceful; never religions.

Separation is an essential remedy
While we cannot always physically remove ourselves from this garbage, we can, at the very least, remove our minds and spirits.  Those people who work for the government and those who attend religious organizations are opening themselves up to spiritual dysfunction. In addition, one must be careful in consuming various media because it is very difficult to know the facts of an issue. These things have the capacity to affect one's behavior and it will destroy their lives.  The evil will tell us that things are good when they are bad.  The evil inverts reality; like a sock that is turned inside out.
By simply using sound moral principles will keep a man's life where it is supposed to be under the natural law which God created. The governments and religions are an impediment to good moral character.  The governments and religions are the curse of evil and they cause what I call a spiritual dysfunction.