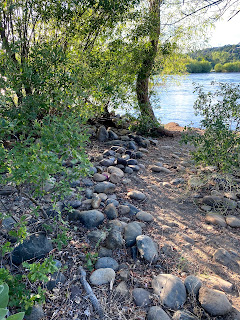 The politicians and whoever is the “deep state” are giving the people orders to wear a mask when out in public.  These orders vary from state to state but the supposed idea is to cut down on the infection rate on the Cucaracha 91 Suriv.  However, the medical reasons are non existent and the purpose of the mask is intended to demoralize and subjugate the people into physical and mental illnesses.  It has nothing to do in promoting good health and hygiene, but it has everything to do with increasing the stress of everyday life.  We are living in a Gulag type of environment.  The politicians are full of shit at they know it.  When I say all of them, I mean all of them.  None of them have any intention of doing anything good.  Since the political system is essentially running on the principles of Satan, nothing good will come from them.  Therefore, when one of the political leaders gives an order he really has no observable authority other than the threat of violence.

The people who follow the orders are just as bad as the people or politicians that gave them.  I am astounded at the stupidity of the American people.  I’m guessing from my own observation that at least 60% of the people are complying in wearing masks.  They are like the old Nazi excuse, “I’m just doing my job.”  In following the Satanic order, they are putting themselves in the position of an unlawful order follower.  Yes, the mask represents the idea of slavery, but we’ve all been living in a form of slavery all of our lives.  But mandating the wearing of a mask puts it all up into another level of evil.

I hate going to the market were I see the masks.  They all look like raving idiots.  It is like walking into an insane asylum and it is very unsettling to the normal mindset.

The first evil about the mask is that it represents a lie.  When I look at someone with a mask, I cannot see their facial expressions.  I don’t get the full picture of who or what they are and this is the most upsetting thing for me to deal with.  Instead of going out and enjoying other peoples company, I dread going to the store to get the necessities.  The mask presents the man or woman as something that they are not.  And the people who try the enforce the mask requirement are just as disgusting as the people who gave the order.  Anyone who works in a store and tries to get people to wear masks are evil scumbags. I can hear it now: “But I’m just doing my job!”  Ok, then get another job that doesn’t violates a man’s natural right to make his own choices.

Any company that requires masks to shop at their stores are pieces of shit and it would be better never to shop there again.  I‘m not going to name them yet until I get more verification that this awful policy is in place at their locations.  I have found that other stores will not enforce the mask policies and most police and sheriffs offices are not enforcing this idiotic requirement.  But there are people who are still wearing these masks which are dangerous to their own health.  In addition, they look like complete morons walking around wearing them.

Mask wearing violates the real God’s natural law and these violations will always get bad results.  I like to call it retribution—some call it karma—-but it is always there.  Anyone who gives or enforces an order to violate this natural law will get paid back accordingly.  The results will be horrific.  I have no idea what form it will take but it will come back to haunt them.  If you wear the mask, something bad is going to happen to you so don’t do it.  Wearing a mask is like being cursed. You always have the right to refuse to wear a mask for any physical health or mental reasons.  The nice part about it is that you’ll never have to disclose what those might be as it is none of their business.

Legal is not always lawful.  It might be legal to be in the military and kill someone in their own country, but under the natural law it is still murder.  Natural law always takes authority over man-made law.  You just have to call them out on their evil and not go along with it.  If something is evil it is never mandatory.  Abiding in the real God’s natural law is always the better choice and it will get excellent results.