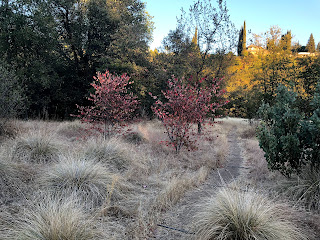 The problem most of us have is taking the time to determine if something is right or wrong. The people in the government will lie and say they are right when they are wrong.  We should be judging the morality; or lack thereof, of any of our own actions and that of the so-called leaders.  The people in law enforcement should always ask themselves these questions before taking any action; the same goes for the people in the military.  The big problem with the government is the order followers.  No one should ever obey an order that is immoral.  If this was done properly, there would be little or no use for any government.  The reason is that the idea of government is completely immoral and it is going to be the death of us all.  It is out of control.  It is the governments that start the wars and not the general public.  War is something that hardly anyone wants yet the idiots in the government like it because it puts money in the pockets of the corporations; and, they love the power.

The problem can be fixed by everyone holding their moral ground in the face of evil.  This will work; it always does.  Not everything is rotten, although it seems like it because of the sheer volume of the evil.  If the government is evil, then why obey it?  Just do what is moral and right and forget about all of this nonsense as reading about it doesn't seem to solve anything.  Fixing society means that the people should fix themselves first and the rest of the problems will eventually go away.

Evil has no value
The evil people always think that they can get away with every bad thing that they do.  However, the end result of their evil deeds really amounts to nothing of any value.  Even if these results look good to the perpetrators, the underlying evil will destroy anything that appears to be good. Again, this shows that evil has no value.  Evil actions always diminish the quality of life; evil is the arsenic in the punchbowl.

The payback always comes
And after all of the evil deeds there comes the payback or the retribution. This will be the unintended consequences that will be put upon the evil-doer and no one gets away with anything.  That’s the reality of the natural law and there is no man woman or child on earth who can change it.  The worst of the payback is the fact that the evil man will be a slave to his own corruption.  He becomes the slave to the evil.  Call the evil Satan, Lucifer, or the Devil—it makes no difference—evil is evil no matter which way one looks at it.  It is the bad result of making bad choices.

Results of goodness and virtue
It is always easier to operate under the natural law (the law that the real God created) because it is consistent and easy to understand.  Good choices always get a better result than a bad choice.  The benefit of a good choice is that you don't have the constant gut nagging of the conscience.  It is the conscience will always give us the proper indication of what is right and what is wrong.  And when we violate the conscience, we always bring discomfort to ourselves and the consequences can be severe.  It is much better to get it right in the beginning and avoid the pain and suffering later.  The moral and ethical considerations are important as we all have a latent knowledge of them.  We may not always understand them right away, but with a little common sense and right reason, we should eventually get the correct understanding.  In some cases, we will have to forget about all the bad information we learned previously and start over.  We have to reset our intellects to accommodate the truth.  It is very dangerous to keep recycling all of the bad information that leads to poor results.

Taking the time to make it work
Here is a list and a method I use to use the natural law to my benefit:

Who is the one who controls your actions?
The problems in modern society are so numerous, that there isn’t any hope that any government or religion can fix.  However, it makes sense to me that it is easier for each man, woman, and child to fix themselves using common sense and right reason.  The rules of the natural law or natural order are such that they are the same for everyone no matter what they believe or think.  The morality of mankind is the same for everyone; the rules don’t change with the variations of culture or nationality.  We can’t control others but we can control ourselves.  I think all of us can make great improvements in society by fixing ourselves first.


Related:
Living with a Set of Morals