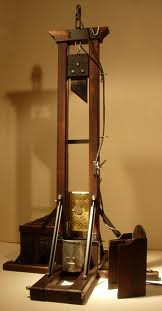 Updated: 07/03/16
There have been some political controversies regarding circumcision in California.  I hadn't paid much attention to it until I read an article on the internet about how circumcision is "genital mutilation" and that it compromises a man's sexual capacities.  Let's look at the problem in the spiritual sense as I don't know enough about the physical consequences.  To me, the Bible is a spiritual minefield because if you look at the conduct of its proponents, you will find a pagan influence almost every time.  In fact, when I received my Geneva Bible in the mail it had a pagan symbol right on the front cover.   How is it that the so-called Word of God has a pagan symbol on it?   So I cut it out, but I still wonder if there's something I may be missing.  I'm at the point now that I don't trust any writing unless I can confirm it some other way.
When reading anything, I want to make sure that what I am reading is true and that it makes some kind of sense.  If the commandments say not to worship idols, then I know that it makes sense because there is no profit for me in worshiping anything that is of a lesser standing than God and man.  I also do not want to offend God; avoiding idolatry makes a lot of sense thus I believe the commandment.  I know by natural law that it is wrong to kill another man, steal from him, have sex with his wife, and covet his possessions.  I have a latent knowledge of these things from natural law and discerning between right and wrong.
I don't think there is any latent knowledge within mankind to cut the foreskin of his baby boy's penis.  It doesn't make any sense to me.  In fact, it is altering what the Creator himself has created.  What would be the purpose of it?  I don't see any purpose.  And if it is done as a religious ritual and it is wrong, then the act of circumcision would be idolatry.  This would definitely offend God.  On the surface of it, it makes sense to avoid circumcision.  But it appears to be a command of God to Abraham: "Let every male among you be circumcised...."  What facts, evidence, or proof that God said this to anyone?  In this case, the Bible is a very bad pacifier loaded with idiocy, contradictions, and outright lies.  I don't believe God would say that and no religious leader has any proof that God said anything, let alone cutting off the foreskin of a little male baby.  The procedure is sick and demented.
Just as there's no referral of circumcision in the Ten Commandments , there is also no direct referral to the commandment in Leviticus 19:27 which forbids the cutting or altering of a man's beard.  And I suppose the reason for that is because the act of cutting or shaving the beard defiles and alters what God created.  Cutting or shaving the beard would go against natural law which are the boundaries set by the Creator.  The man puts up a false front by shaving and it is effeminate.    I know it because I can see and observe it.  In my opinion, that commandment makes sense because God said through the Mosaic law not to do it.  The writing is supplemental to the natural law.  If both fit, then that's where I set my belief.  But in the case of circumcision, it doesn't make any sense and it directly attacks the masculinity of the man.  And that's the whole point of Satanic doctrine is to attack a man's masculinity.  And it could have the effect of making men sexually dysfunctional. Which would be an article for another day.
However, we don't have that kind of evidence for the circumcision.  I cannot see any "natural law" reason for this practice, other than that the Bible says to do it.  But the Bible was created by men.  The only way the Bible is useful is to the extent that it sticks to the truth.  What if some pagan just inserted this commandment to circumcise into the Bible? What if some freaked-out freemason or satanist put it in the Bible as a pagan ritual?  How would we know the difference unless we checked it against the natural law?  In fact, if you look at my reasoning about the beard and use of the same criteria on the circumcision, you'll see that there isn't one form of supporting evidence within the boundaries of natural law.  Why would God make men like that and then have some of it cut off after only 8 days?  It doesn't make any sense to me as I consider this issue, and if I had babies again that were boys, I would not have this procedure done.
Along with the shaving of the beard, circumcision defiles the man and compromises his masculinity.  And that is the whole point of paganism; to destroy what God created.  Circumcision appears to be as useless as infant baptism because the baby is not at the age of reason and he has no say in the matter.   Given the pagan influences in the Judeo/Christian organizations, it wouldn't surprise me that the act of circumcision isn't a valid procedure that came from the Creator.
My suggestion is that people do some more thinking before they act.  Try to find out whether something is good or evil first; then make the decision.  If you are in doubt, then don't do it.  Set it aside until you get the wisdom on the issue.  You might be surprised to find that some things aren't as they seem.

Hypocrisy
If you notice in Israel, many of the men do not have beards so it is obvious that they do not obey their own laws.  Most of their leaders have the shaved girly-face.  So, on one had they shave their faces and on the other, they cut the foreskin off of the baby's penis.  That's easy to do to a baby.  Rabbi Icutchapeckeroff has no problem mutilating a baby's penis because some jerk said, "God said it.."  God isn't that stupid and he isn't that cruel.
The only intelligent thing to do in this case would be to wait until the man grows up and then if he wants a circumcision, then he can make that choice for himself, but to do this to little infant babies is just plain evil.  I don't think God said any of it.

Religion is the source of societal dysfunction
This is a perfect example of why I do not like religions and I think all of them should be avoided.  There is no shortage of assholes wanting to tell other people what to do when the natural law has plenty of information to make such judgments.  Religion, in my opinion, is the Four-Legged Jackass: Judaism, Christianity, Islam, and Hindu.  Those are the main culprits whose aim is to destroy mankind and right now they are doing a good job of it.  I suggest people just separate from them and preserve their sanity.