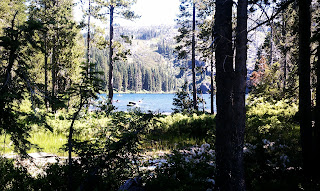 Recently, there has been a big controversy regarding the Supreme Court of the United States invalidating an abortion law making it legal to have one.  In the natural law which doesn’t change, abortion would be considered murder.  And so it should be as it is an indescribable evil and has infected the souls of mankind.  The natural law has authority over anything legal.

Under natural law it is important not to harm anyone else and act within its morality which we all latently know.  We don’t need volumes of books to know the difference between right and wrong.  All of us as children should have been taught how to think for ourselves instead of depending on others to make important decisions for us.  The solution for making good decisions is right reason and common sense.

The governments of the world violate the natural law on a regular basis.  Their whole existence is based on artificial organizations which has fulminated a legal system which is rotten to the core.  Government rules and regulations destroy everyones’ lives and they are very destructive.  In fact, it is my opinion that these governments are evil on purpose and everything they do is focused to make mankind’s life as short and miserable as possible.

No man is obligated to violate the natural law which the real God created.  When any government law or regulation violates the natural law then it should be disobeyed.  This is important and a major source of error for mankind.  But it is up to everyone to make good choices and avoid the evil of the “new world order.”  Religions should also be held to the same standard.  If their teachings conflict with the natural law then they are of no value and can cause great confusion and harm.

I believe that we were created to enjoy our lives but the evil things keep us distracted from what we should be doing.  By staying within the natural law, we are setting ourselves up for a successful life no matter how long we live.  Evil is intended to make us all miserable and it should always be avoided.

Posted by Very Dumb Government at 1:45 PM No comments: 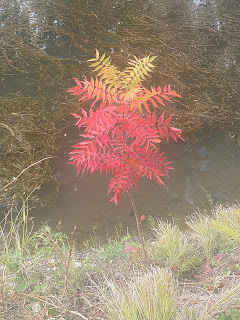 “Have you sensed that our souls are immortal and never dies?” (Plato)

I’ve been reading quotes from philosophers lately and I am pleasantly surprised that many of them understood the natural law which is the same for everyone.  The idea that the souls are immortal is just a feeling most of us have but we can’t prove it.  But our gut feelings tell us that this is true.  However, I’ve been noticing how world leaders are making horrible decisions regarding wars and they are telling us that we are on the brink of a nuclear exchange.

What these leaders don’t understand is that they will be paid back in kind for the good or the evil that they have done.  This happens very quickly and many of them don’t understand why this is happening to them.  Going to war is evil and the leaders will suffer and so will the people who obey their orders.  No good thing comes from war and it should never be an option.  The construction of states is too irregular to even take seriously.  Their constitutions are frequently disobeyed and government doctrines are very inconsistent.  However, governments are very consistent because all they produce is evil.

If the soul lives forever, then it only makes sense to do good things so that the evil doesn’t follow us into eternity.  I wouldn’t want to be in the position of ordering thousands of people to their deaths.  I wouldn’t want any of the karma from any of it.  It is not worth one drop of blood from one man or woman.  The product of war is death, destruction, and murder.  The people who order such events are going to be paid back for what they did.

The conscience is the best guide to figure out right from wrong.  In looking back at the events of my own life, I can see where I really made some big mistakes.  I got paid back for them.  My biggest problem was not using or understanding that the conscience is everything when making important decisions.

War is the most offensive action any government can take to impose its will on other people.  Most governments will violate the natural law and then the payback will come back in truckloads.  At this point in history, I think that the governments have lost all credibility and that they are destroying themselves.  And if it is true that souls are immortal and live forever, well…………………………

Be Careful of the Payback

Posted by Very Dumb Government at 11:15 AM 9 comments: 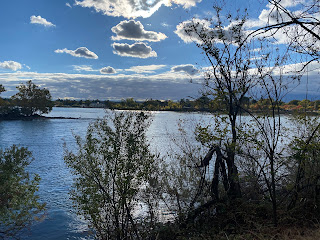 “The safest course is to do nothing against one’s own conscience, with this secret , we can enjoy life and have no fear from death.” Voltaire

“Never do anything against your conscience even if the state demands it.”  Einstein

One of the problems we have is being pressured to make life choices by people who can do us no good.  Our minds have been manipulated since we were children going to school which have proven themselves to be indoctrination centers.  We are pressured by all of the various media that we have today.

A perfect example of it is the pressure to get vaccines and boosters.  Recently, I met a man who took two vaccines and then a booster.  He already had heart problems, but now he can’t stand up on his own for a very long period.  Now, he wishes that he had never taken the vaccinations.  I’m sure there are stories all over the world with similar bad results from vaccines.

I suggest obeying the conscience.  We all have one and if we use it properly, we will always make better choices with good results.  All we need to do is to use right reason and common sense.  Few of us were taught this and I could have used it when I was a young man.  The conscience is instrumental in keeping us within the natural order of life.  If we disobey our conscience, then we can expect nothing but pain and sorrow.  This is a simple solution and it works well.  This has kept me out of a lot of trouble if I use it properly.

At the end of the day, no one else’s choices count for anything but our own.  We are responsible for ourselves and by making better choices, we can set an example by our proper actions.  We don’t need to obey the mindless dictates of the state or religion if it goes against our own conscience.

Power of the Conscience

Posted by Very Dumb Government at 10:34 AM No comments: