The Government that Never Was 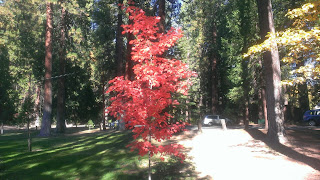 "He will not be mocked!  This is not one nation under God.  It never was. Had it been, it would not have been!  The Constitution would not have been written by Freemasons!  You cannot serve two masters!  You cannot serve two masters!  Praise be to God, Lord Jesus Christ."
Reported quote from Congressional stenographer, Dianne Reidy October 17th, 2013
A lot of people like myself have been saying this, but this came from a woman who--for whatever reason--blurted this out on the congressional house floor.

A Nation under God..

If you believe that the United States is a nation under God, I'd have to ask you: What god?  God isn't that stupid or evil to come up with a government (or whatever it is)like this one.  If anyone studies just a little bit under the mainstream media cover, he can see that there is the evil hand of freemasonry always present in the proceedings.  Freemasonry, according to Albert Pike in "Morals and Dogma", worships Lucifer.  The stenographer, Dianne Reidy, called it right and, of course, she is being excoriated by the media as being some kind of nut, when in fact, the real nut cases are in the "government."  Sorry, but any kind of government founded on the principles of Lucifer is not going to have any real authority under the natural law or God's commandments.  The nation under God nonsense is, in reality, a nation under the false god; presumably Lucifer.

Damnation from the oaths...

One of the worse things a man or woman can do is to swear oaths because it is a form of lying and a practice of idolatry.  The reason why freemasonry is evil is because all of their members swears oaths.  Once the oath is in place, nothing good happens.  I've written some articles on oaths and I'll list the links at the end of this article.  Any organization that is based upon oaths are on the wrong side of God's natural order and will always bring chaos, death, and destruction along with it.  It is just better to abandon oath taking completely. Anything that happens under an oath is a cursed process, including the legal system.  It may be the reason judges and lawyers act like morons most of the time; especially when their authority is challenged. They must have a latent knowledge of their own damnation.  All we have to do is to look at the poor results of oath-taking should be enough to know that it should never be done.  And on top of all that, the pushing of the oath by the government types is a form of religious persecution.

The Scourge of Usury....

The natural law and God's commandments forbid usury or interest.  Usury, interest, and a debt money system are an extreme form of slavery.  Whether it be mental or economic chains or physical chains, the facts show that these financial systems are satanic as they are a form of slavery.  If it is offensive to God, the freemasons and the occult will use it in order to destroy mankind.  And that is the goal of government as we know it today.  It exists to destroy mankind and the joy of living.  Governments promote the conditions of war, bondage, slavery, perversion, and confiscation.

Most "nations" of the world reside in a form of conquest upon which they are ruled on the foundation of the law of war; which is no law at all.  There are no rights, no civil liberties, no free markets unless the powers over the war allow it.  These systems, called "democracies", "dictatorships," republics," and so forth all reside upon the foundation of the law of war or war powers.  Ownership of these nations is under a form of feudalism (which depends heavily upon the oath) which was never defeated by any group of people.

The govtards use war powers or violence to control the people and to weaken mankind.  This is done intentionally because most people in the world don't want any kind of war among themselves.  To live at peace with your neighbor is a part of the natural law and a part of the commandments in the Judeo-Christian traditions, yet the "nations" reflect very little of the lawful behavior.  However, it is the mind control that is the most devastating thing for normal people.  The freemasons and the other occultic religious groups stir the pot of confusion so that a man or woman doesn't even know the very basics about living in God's world order or the natural law.

Of course, a taxing system is a form of confiscation.  The level of the theft varies from one "nation" to the other, but the method is still the same.  Don't pay the tax and they will get violent.  Violence has always been the power source and the democracy or republican part is just a delusion to make people think that they have a choice.

Purpose of the rant

I am wondering why Mrs. Reidy went on this rant.  After all, this information is nothing new and I'm thinking this is yet another example of the satanic disclosure.  I find that the evil is always disclosed before it happens.  Maybe she really is a concerned lady that wanted to expose the truth.  But my question is this: If she disagreed so much with the "government", then why would she work there?  However, it is true that God would have never established a system of government like this one because it is built on an evil foundation; namely, the oath.  God would not bring forth something that stupid.  Governments that are built upon lies and distortions are in fact no governments at all, but rather a gang of liars, skanks, pimps, and thieves who wish to put their satanic world order upon everyone.  Regardless of Mrs. Reidy's motivations for this rant, she did speak the truth which was probably a first for the United States Congress.

Related articles on the oath:
Swear an Oath; Tell a Lie
All Bad Things Flow from the Oath of a Man
Stop Swearing Oaths

On Usury:
The Scourge of Usury


Walter Allen Thompson has a new book called Natural Law: The True Supreme Law of the Land
Posted by Very Dumb Government at 10:22 AM 2 comments: