Who Will Build the Roads? 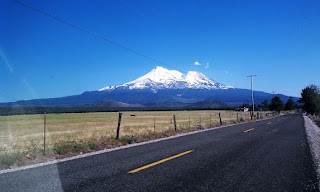 After many years of studying the government and the various religions, I have come to the conclusion that they are all full of crap.  Their doctrines and policies are inconsistent and they are designed to enslave mankind with their demonic and communist ideas which come from the Devil himself.  It is my belief that there is no such thing as good government.  In reality, there are only two kinds of government workers: 1. assholes, and 2. assholes-in-training.  And the religious leaders are just as bad and maybe even worse; if that is possible.  I do not believe in the authority of any government that violates the natural law.  This natural law is what God created and no government nor religion has the authority to override what was created.  Government and religion are the false authorities that lead mankind into error.  The people need to learn more how to think for themselves instead of having other people do it for them.

Who will build the roads?

This is one of the questions I get when I advocate doing away with the governments.  My answer to that is: "Somebody else will build the roads."  Or, my newer response is: "Who will spend the other 50% of your money that you don't have to pay in taxes?"  In addition, private companies do the road building anyway so there would not be much of a change in the actual function of road building.  However, the land acquisition and the financing would be done by other means.  If the people really want a road, they will work together to make it happen without the drain from the govtards.  Look at what happened in the recent hurricane Harvey.  They had The Cajun Navy with volunteers ready to perform rescues when needed.  Most people in these communities are ready to help each other when a need arises.  That's how things get done; the people just do it.

I think that the goal in most peoples' lives is to live in peace and happiness without the constant bullshit coming from the government and the religions.  There is no shortage of idiots who want to tell someone else what to do, how to do it, and when to do it.  Life has become a constant barrage of constant rules, laws, and regulations which few people understand completely.  Most people want to live their lives and take care of their families with a minimum amount of conflict.  But the main problem in our lives is bad government (not that there's such a thing as good government) and bad religion.

What is odd about the question: Who will build the roads? is like a complete rejection of personal responsibility.  Just because one group of people want a road doesn't mean everyone should have to pay for it.  The problem with too much government is that is always results in a form of communism which is the modern version of feudalism.  The government is the false god of the "new world order" which means anything that goes outside of God's natural order.

Posted by Very Dumb Government at 11:44 AM 2 comments: 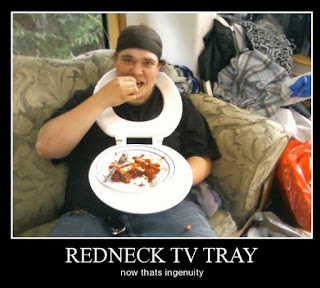 This might be a way to describe the plague of communism in a very simple way that even a redneck can understand it.

If your government imposes an income tax; it is communist.

If your government imposes property tax; it is communist.

If your government imposes regulations on industry and agriculture; it is communist.

If your government provides free public education; it is communist.

If your government has a central banking system; it is communist.

If corporations are licensed by the STATE, State, or state; it is communist.


The only reason that communism allows any kind of free market activity, is that there needs to be something for the government to steal.

Walter Allen Thompson is the author of Natural Law:Supreme Law of the Land
Posted by Very Dumb Government at 10:30 AM 2 comments: