Who Will Build Roads? 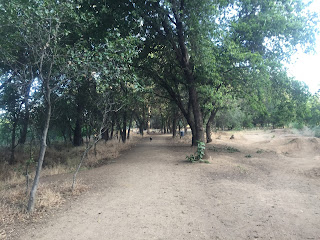 As an advocate of using the natural law as opposed to the government, just the thought of not having any government at all is mind-boggling for most people to comprehend.  We’ve had the proven failures of the governments of the world for thousands of years.  But when someone like me suggests that the people just use the natural law the way it was created, most people have a very difficult time with the concept.  I don’t think anyone can dispute the fact that all of the governments of the world operate on the principles of the Devil, Satan, or Lucifer.  That alone should get mankind to reconsider the wisdom of having any government.  If all of the evil of the world rests in the practice of government and religions, then why should we have them?  It seems to me that it would be a lot easier for people to simply follow the natural moral order and with using some critical thinking, right reason, and common sense, society would be much better off without all of the conflicts that the governments and religions of the world produce.  The typical response is this: Who will build the roads?  I’m going to try to address this kind of reasoning from people who hear the idea of no government for the first time.
I don’t like to label myself as a member of any group.  My views are similar to an anarchist, however, anarchists were a big part of the Russian revolution and they were communists or statists.  I do not wish to identify myself with groups like that.  Many of these groups say one thing but really mean another.  After a lifetime of observing how the governments and the religions work, I can only say that I am an advocate for the use of natural law and a complete abolishment of the governments as we know them today.  The reason is that they are too destructive and they are a plague to mankind.  The governments are comprised of liars, thieves, murders, warmongerers, child molestors, child trafficking who sell their body parts, and run drugs.  This is what society must abolish.  However, when I’m in any discussion of these issues, I almost always get the stupid question: Who will built the roads?
The people will build the roads and they will be able to do it without the help of any government.  I usually ask this question: What will you do with the other half of the money that you wouldn’t have to pay to the government?  Hell, you might even have enough left over to donate for a new road.  The evil of the government is that it forces people to pay them and to participate in their nonsense.  Once a man is forced to pay the government anything, it is theft under the natural law.  All men have the right to keep what they earn.  If they want to donate to a project then it is voluntary.  No one forces anyone to make a donation to a project or a cause.  The government violates the natural law and it has no underlying authority to do it.  I think things would work much better if all men and women voluntarily work together for what they want to accomplish without forcing others to pay.  The income tax is outright theft and it violates the natural law.  The complete elimination of it would be a big step in the right direction.