How To Make Better Choices 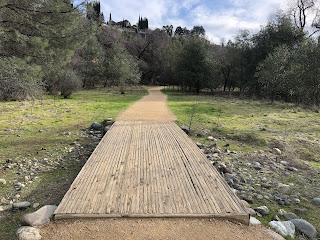 I’m an old man of 75 years and I continue to be amazed at how ignorant I’ve been— in some cases—about being able to make good choices.  One of the things I’ve consistently ignored are my gut feelings.  When I ignore them I always come up with a bad result.  But the most common error that we all make is to not check the morality of something before taking any action or forming an opinion.

I think it may be useful to put in a form of a mental check-list to use so that we can make intelligent decisions.  I used to go to flight training years ago, and one good instrument for survival was the check list.  It was anything from 10-15 different things to check before going on a flight.  It is easy to forget one thing, but that one thing could be fatal.  However, I’m not going to make a check-list that long but it might come in handy to have a short one in the back of our minds:

This should be enough to set a man on the right path to making good choices and decisions.  For example, when I’m reading something, I check for satanic symbols.  If I see those in the writing, I don’t take it too seriously or I simply stop reading the material.  There is usually some form of disclosure in the book or article.  If I see the word “evolution” in any writing, I automatically disregard it because the author is too stupid if he believes in it.  Same with the word “human” which means a “bipedal primate mammal”—a monkey.  Life is too short to be taking in anymore nonsense into  my mind.  If something is on an evil foundation or a foundation of error, I try not to pay any attention to it.  A corrupt foundation will always lead to a bad result.  There is no value in the lie nor inaccurate information so why use it?  This short check-list helps me a lot in keeping myself out of trouble.

Evolution: You’ve Got to be Kidding

Posted by Very Dumb Government at 11:07 AM 2 comments: 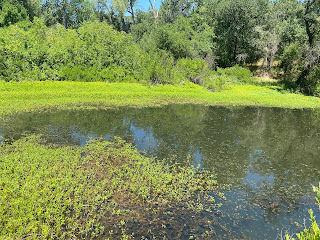 When men are evil, their lives become impotent and worthless.  This is why I continue to stress morality as the way to achieve success.   The word “impotent” means to be powerless.  In my view, although evil people look like they are having the time of their lives, the facts show that they are in effect sad and powerless.  The reason is that the end results that they get by being evil does not empower them.  What happens is that they will get the horrible payback—a.k.a. karma.  Their lives will be a continual mess because they ignored the real God’s natural order of morality and established evil instead.  If that something else is evil then it will be of no real power.  In the case of political leaders, they seem to be all powerful.  If they are evil, then they are powerless—impotent.

Evil isn’t powerful.  It brings out the worst in people and there is no end to the depression and destruction that it causes.  There is no amount of drugs a man can take to remedy the situation.  Therefore, it is important to judge something before any action is taken.  There’s no point in believing in something that isn’t true.  So, we have to do the best we can and get the facts and then use those facts to make intelligent decisions.  The old saying of using right reason and common sense will make a big difference in achieving good results.

If a man makes a good choice, then the end result is going to be good.  All of life centers around the natural law or natural order, right and wrong, good and evil.  We don’t need to read a bunch of books in order to know that because we all were born with an inner moral compass.  The problem is that we were not taught how to use it.  When I can manage to think for myself, my view of things becomes much different that what I thought in the past.

My idea here is to avoid evil as much as I can and limit the amount of garbage that I put into my head.  As a “conspiracy” observer for the last 25 years, I have found that even though I know more about it than most people, I get the feeling that I’m just scratching the surface.

I stay away from groups because they can be easily infiltrated with people who would like to destroy a good cause or they might try to drag me down the rat hole along with their evil actions.  So, rather than trying to change other people, I’m trying to be the best I can be and my actions will tell the story.

Evil has no power to do anything good.  Governments and religions are based on oath-taking which is evil.  And we can plainly see in today’s world, that governments and religions are extremely destructive.  The reason is because they are powerless and they only way they can maintain themselves is to create even more evil.  There seems to be no end to it.  But if we watch carefully we’ll be watching them destroy themselves because in fact; they are impotent.

Should Anyone Trust the Science? 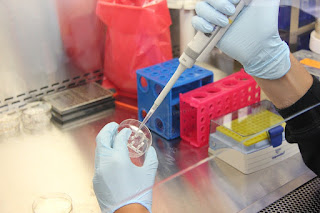 When I’m discussing the pros and cons of vaccines I will sometimes get a response such as: “I trust the science.”  However, science is only as good as to the extent that it reflects the truth or at least have a reasonable theory which deserves more discovery.  In the case of vaccines, we can see how the influence of the pharmaceutical industry clouds the facts and promotes unreasonable policies for medical treatments.
Trusting the science is only as good as the truth that it reflects.  It is impossible to justify vaccines on a disease like Covid-19 which apparently has a survival rate of approximately 99.75%.  With all of the mask wearing, lockdowns, and other disruptions the idea of trusting the science is insanely stupid.
Who benefits from the idiocy?  Of course it is the companies who manufacture the drugs but the cost to society is horrific.  That along with the few “elite” people who inflict their insanity on the people of the world.
When examining scientific evidence, most of us don’t have a clue whether it is true or false.  Which makes it more difficult to justify.  In order to make intelligent decisions one should at least have a mental checklist before doing anything:
All of the facts must be true or the veracity of the idea will be in question.  If the information contradicts itself then there is a problem.  Remember, no course of action can have a good outcome unless it is true.  If the facts are inconclusive then it should be put aside until a proper understanding comes along.
The medical community and scientists have lost a lot of credibility by “trusting the science” during the Covid 19 fiasco.  In my view, I have a difficult time believing any doctor; even if they seem to be competent.  Science can be used as a tool of sorcery and witchcraft when it is filled with inaccuricies and unproven theories.  Trusting the science is extremely dangerous if their conclusions or theories are not backed up by the facts.
Here’s a link that shows what can happen when “trusting the science.”
Walter Allen Thompson is the author of Natural Law:Supreme Law of the Land
Posted by Very Dumb Government at 10:40 AM 2 comments: