Relying Upon What Other People Say 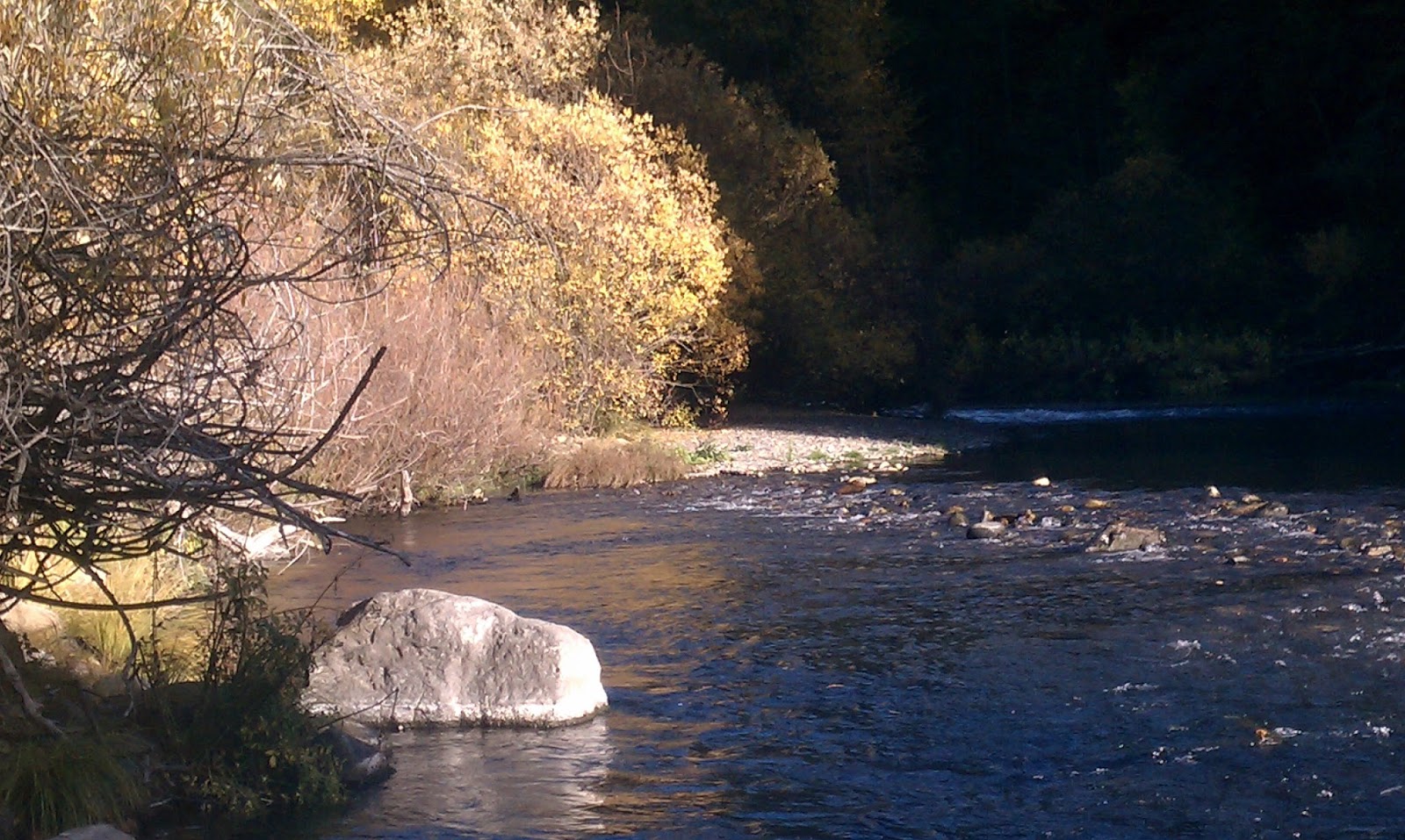 If there was any time in my life when I have been in any serious trouble, it was because of my belief in what other people say or write.  As a man, I have to say that my mistake in life is not listening to my inner voice of conscience where the true commandments and the natural laws reside.  I believe that God created us with this latent knowledge of right and wrong; good and evil.  All men and women live under the same rules and under the natural law that God created.  So then the real God is the one who created us, and the rest of it is just a bunch of nonsense.  While there are other cultures and different races, the fact is that all people have to reside under the same basic conditions of the natural order.  Paying attention to the natural laws and using right reason and common sense will always be a benefit.  The true culprits to living a good natural life are evil people who establish evil governments and evil religions.  Since government and religion are the two most destructive components to a happy life, I want to spend some time on how they work, what they teach, and the danger of blindly accepting their doctrines without any question.

Some people who question the veracity of a subject are many times called "doubting Thomas" because the question the truth about a teaching.  Questioning the truth of anything is always healthy.  If the Bible says that Jesus Christ is God in the flesh, then it would be a reasonable act to question the facts or the evidence that support this conclusion.  If this doctrine is blindly accepted, then the person praying to Jesus Christ as if he is God has the potential of falling into idolatry for believing in a lie.  This is why people are so easily fooled.  They listen to a preacher, and for whatever reason, accept what is being said as the truth without ever knowing for sure if it is true.  I believe in the God who created me because I am conscious of my own existence and I can see and marvel at the beauty of the creation.  In other words, I use the results of the creation as my evidence for God's existence.  I don't believe in any kind of evolution because I see no evidence in nature to support the idea of it.  I don't need a book to understand the workings of God; I can see it for myself.

There is no end to the evil that can be said or written down, so it is essential that people learn to think for themselves and to come up with their most rational conclusions.  Religions, in general, produce more trouble than they are worth, and they distort those things that God created to fulfill their own deviant agenda.  If I look at the results or the fruit of the various religions, I am never impressed with their results, behavior, nor their wisdom.  I am actually shocked at their hypocrisy.  And in today's world it is difficult not to be a hypocrite and that's one area of behavior upon which many people need to improve.

I was brought up as a Roman Catholic from the time I was a young boy, and I couldn't believe the nonsense I learned.  Upon reading the bible, I figured out that the Catholic church wasn't even Christian, in the biblical sense of the term.  As I moved on in life, I went through most of the Christian denominations only to find that they too, while calling themselves "Christians" were just as corrupted as the Roman Catholics.  I eventually withdrew from all churches because the bad fruit of them was clearly visible and their teachings were not true and they were doing damage to my life.  Once I withdrew, most of my problems disappeared.  That was a difficult lesson to learn, but now I check the facts and the evidence first before arriving at a conclusion.  In starting over, I believe in the God who created us and I believe in the use of the commandments and the natural law.  I have also found that many of the earlier Christian writings were more helpful in learning virtue and morality than what was in the bible.  Why would those books be removed from use?  Probably because the modern day Pharisees do not want to be teaching morals and virtue.  Oh sure, they give it lip-service as a cover, but the facts show that these books were removed when they should have been included.  These books contained the teaching that fornication is bad, but also the dynamics of it and how to avoid it.
(Testament of the Twelve Patriarchs)  It is one thing to say don't do it but is is also nice to know the reason why.  Homosexuality could never have taken hold if there were real godliness in today's society. It  would not be tolerated.  Both religion and government have failed to be a hedge against perversion but do more to accelerate it.

It is my opinion that God's existence doesn't depend upon any set of books.  It is also my opinion that learning virtue and wisdom doesn't not depend on any books but right reason and common sense.  However, I do put high value in the biblical writings of Proverbs and Psalms.  Those are the most practical and they should be mastered if that's possible.    And as long as they reflect the truth, I will continue to read them.

Thus, in the religious venue, what facts does anyone have that the bible is the word of God?  What facts do Muslims have the Koran is the word of God or Allah?  I would answer the bible question in that I don't have facts, but those statements that line up with the commandments and the natural law, I can then receive them as truth.  But to have a blind faith in any religious or political writing is, in my mind, extremely dangerous.  Any writing that displays the truth is going to be of value.  And that is up to the reader to determine what's true and what isn't.  I think it is always reasonable to have a healthy skepticism for any writing and belief until the truth of the subject matter can be determined.  To do otherwise may put a man in a weak position.

What facts do I have that God exists?  Here's my opinion.


These are just a few of the reasons I believe in God because within the proper context of the natural law; it is difficult to go wrong.  But if a man picks up a book and then blindly believes it to be the "word of God" I believe that there is where a lot of problems start.  The bible alone has so many different versions, that it is difficult to discern who said what.  Which writer is lying or telling the truth?  How is anyone going to sort all that out?  Yet, it is easier to simply test any writing with the standard of the natural law which confirm the commandments.  If it doesn't make any sense, then it is probably better just to set questionable teachings aside, rather than use them and then find out later they were wrong.

Pitting one group of people against another

In order to gain control of the people, the govtards, and the religious people fulminate "jihads" or "holy wars" against people for no other reason than to take control and make slaves out of them.  Going to war and then claiming God told us to do it is shameless bullshit.  These wars are recalled in the Bible and the Koran yet there is nothing in nature nor in the commandments that suggest anything about any virtue in going to war.  I don't recall God ever telling me to go to war with anyone.  The wisdom of the commandments tells me that a man or woman is much better of not joining any military.  And the reason should be that being a part of a military is going to provoke them into breaking one of the commandments.  Breaking the commandments always produces bad results.  No one should fall for this scam, yet many of our young people go to fight old men's satanic wars and then destroy their own lives as a result.  Almost all wars in modern history were intentionally started so that the powers that be could take control out of the chaos.  I wonder why young people keep joining the military.

Don't rely completely on any writing or other media in order to make informed judgments..

I am of the opinion that a belief in anything should be based completely upon any form of media.  Just because someone wrote something down, doesn't necessarily mean that the writing is true.  I try to approach a writing with a certain amount of skepticism because I know just how easy it is to twist the facts into the meaningless garbage.  I avoid most other media including television.  This medium is extremely destructive to the mind and everything seen on it should be highly questioned.  The power of evil is in the lie. Of course, the lie breaks God's commandments, so it really doesn't have much power within the context of the relationship between good and bad.  But the lie has the ability to turn our minds to things that are not true and it distorts our thinking.  And for this reason, when I read something, I always keep in mind that I may come across a bunch of lies.  When that happens, I just avoid the lies and attempt to ascertain the truth.  This keeps me out of a lot of trouble.

Related:
On Reading and Writing
Walter Allen Thompson has a new book called Natural Law: The True Supreme Law of the Land