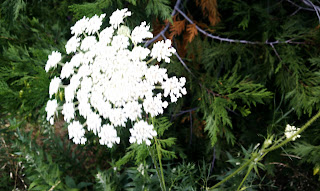 With the recent sexual scandals of various politicians, we are seeing the attempt to completely undo the moral structure of this country by satanic forces.  Evil is evil, no matter how you look at it, and this writing will discuss the problem of fornication and examine just how destructive it can be.  Fornication destroys everything in its path.  It deceives the mind; it destroys the man, woman, or "partner."  It destroys marriages, and it devastates children.  And frankly, if it isn't turned around, it will destroy this nation just as if someone dropped a nuclear bomb on the whole country.
Fornication is simply this: unlawful sex outside of a marriage between a man and a woman.  This is the hideous tool of Satan which completely distorts the good and lawful relationship between men and women.  The act of fornication degrades the woman and leads her into a life of hell on earth.  While those who engage in it may think they love each other, the act itself is truly an act of hatred and defilement.  There is no better way to dishonor each other.  It produces a false sense of love or belonging.  It overlooks the natural order of life as God created it, and it destroys everything.
I don't want to start describing all of the different situations, but what I want to do is to give the reader some ideas on how to defeat the urge to fornicate.  It isn't that difficult, but this is not taught in many places and I rarely see any articles on this subject.
Fornication is an offense against God.  The problem is that our sexual desires seem to get the better of us and we can act in an unseemly way if we let it control us.  Evil is nothing; it is weak.  It takes a man or a woman to commit a sin in order to give the evil any power.  When the urge to fornicate is present, most of us don't know how to avoid it.  Fornication can be done by thought, actions, or both.  I find it a lot easier to avoid if I don't look at images that could cause my mind to wander toward fornication.  If I get a bad case of the urge, I simply repeat the commandment: "Thou shalt not commit adultery" and the urge goes away.  It sounds simplistic, but I'm finding that the commandments are a man's best tool to keep himself out of trouble.  Life is much easier under the yoke of God's commandments.
The urge to fornicate puts a man's mind into a type of satanic stupor.  The man chases the fantasy until it is completed, but there is no love at the end, only disappointment and heartache.  Sex has its place only between a man and woman within the bond of marriage.  In truth, fornication is an act of hatred toward the other person.  There is a place for everything, but fornication is dangerous and it is  extremely easy to be deceived by it.
The sexual act of fornication includes homosexual activity.  If a man fornicates, he is essentially as a homosexual because both acts are sins against God.  If heterosexuals fornicate, they are not any better or worse than homosexuals because what they do are an abomination to God.  When I realize that my temptation to fornicate is as being a queer, I defeat the temptation  almost immediately.  But the best reason not to fornicate is so that we do not break God's commandments.  Most of the commandments are things that we are not supposed to do.  Really, how hard is it not to do something?
The problem arises because we are always influenced by spiritual good and evil.  Evil is stupid and destructive.  There is nothing smart about evil.  Evil is the weakest and most hurtful part of a man's life.
However, the evil can be easily defeated, and the only way I know to get rid of its influence on me is to repeat the commandments.  Whatever evil spirit or influence I am experiencing goes away making my life a lot easier to live.  This works because the evil cannot stand to hear the commandments of God.  When anyone repeats the commandments, the evil leaves the scene.  So keeping the commandments at the forefront of our minds is the best way to defeat evil.  Remember, evil is stupid and destructive and its only true intent is to destroy mankind.  But by repeating the commandments( abiding in them), will give the man the best tool to overcome these incidious temptations.

The Only Safe Place on Earth

Posted by Very Dumb Government at 9:26 PM No comments: