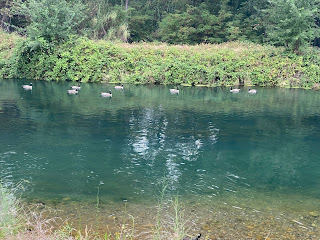 When any organization or groups of people gather together and base their doctrines on corruption and evil, they are always going to get a bad result.  The evil of government, religion, and the medical industry has combined to make the political class look like a bunch of lunatics.  The reason is that the pandemic is the catalyst of imposing draconian lockdown and vaccine passport measures that would make Vladimir Lenin blush.  The reality is that these people with their “so-called” authority are nothing more than a bunch of tyrants, murderers, sexual perverts, and liars.  It is so bad, than in my mind, these people are insuring their own destruction.  Some of the elites are moving to islands to escape the wrath of whatever there is to come.  Evil never gets good results.  While people call the elites “powerful” they really have no power.  If our judgment is between good and evil; the evil always loses.  It might not seem like it but if we think a little farther than our noses, we can see the ultimate destruction of evil coming down the road.  It’s going to be a massive train wreck and they will be doing it to themselves.

In my opinion, there is not one government on the face of the earth that is not evil.  The reason is that these governments are formed on an evil foundation; oath-taking. Oath-taking is a form of lying and it is the underlying foundation for the evil.  Once oath-taking is in place, the whole mess becomes a spiritual and social cesspool.  The natural law is what truly rules the world and it is worth everyone’s time to make sure they stay within the natural order which the real God created.  Since the governments operate outside of the natural law, they are the ones who inflict untold misery on the populations they control.  All governments as we know them are nothing more than slave states that ruin the lives of those who become subject to them.  However, the “pandemic” is showing the world just how evil these governments can be and in my view they are discrediting themselves.  It really can’t be any other way because their job is to be evil.  They are evil on purpose and there is no overall virtue in any government.  Anything you hear from any government should be taken with a lot of skepticism before using the information.

There are literally thousands of religions who all teach that their version of God is the one-true God.  The problem with this is that no one has any proof and not enough facts to make that statement without prevaricating.  This situation sets the believer into a type of idolatry which would probably displease the real God.  None of us have enough facts to prove or even disprove the existence of God.  In my view, I can’t imagine that there is no God, but I’ll have to be content to wonder about it until there is a time when the real God will be revealed to me.  The evil of these religions are self-evident and they can be noticed by observing their contradictions.

In watching the medical people from the government operate, I can see that they are nothing more than tyrants who are committing murder.  While there are “good” doctors, these doctors should separate from the evil ones.

Again, when anyone goes against the natural law or the natural order, they are actually destroying themselves.  This is what I am observing.  I don’t see how they can save themselves because they are so corrupted.  Within the natural order, corruption that exists outside of it is doomed for failure.  Governments, religions, and the medical industry are destroying themselves.  I’m not going to get into all of the details of it because my mind doesn’t like being exposed to so much evil.  But it is a part of the natural order to get rid of evil, and I think we are seeing it start in a big way.  The credibility of government is at an all time low and I don’t think it will ever recover.  And that will be a good thing.  It is much easier to live within the natural order in peace and goodness.  It really is very simple.  If we choose good over evil, then we win every time.

Swear Not At All

Posted by Very Dumb Government at 11:27 AM No comments: