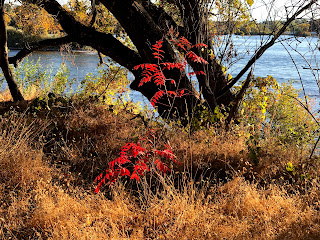 I've never thought of myself as an anarchist, and I don't like the name as it implies a form of socialism.  Since I am an advocate of the natural law (no evolution; man isn't an animal) I have come to realize that it would be more beneficial for mankind to abolish these horribly communist-demonic governments in favor of the natural law or natural order the way the real God intended.  I don't think any group can make this happen, but if enough people did it themselves, these governments would have hardly any power.  Groups can get corrupted, but if the people decide to stay within the real God's moral order, these governments couldn't do much of anything.  The idea of government is a failure with thousands of years of devastating results to prove it.  But there's always going to be the moron who says: "Who will build the roads?"  I've come up with my own list of questions regarding the abolishment of all governments:


All governments are a source of misery for all of mankind.  They are not there to protect anyone, but instead, they are there to exploit people and to establish a global(assuming the earth is a sphere) slave system in order to make life miserable for as many people as possible.  However, natural law eliminates all of that in favor of a more peaceful life within the proper moral boundaries of the natural order.  There would be a free market for all goods and services.  The people would be free to do as they choose as long as they don't harm anyone.  I know, it sounds too simple but it is better than what we have now.

We have the most morally deficient group of people ruling our society.  They are sexual perverts, child molesters, drug runners, slave traders, and warmongerers.  Nothing that is good, wholesome, and provides joy, happiness, for any man is safe from these jerks.  Voting doesn't help.  Voting replaces the current idiots with a new set of idiots with the same result: they are idiots.  When the idiots rule the bad results are self-evident.

A peaceful and moral society can only exist outside of the current government.  Natural law has everything we need.  All we have to do is to take the time to think things through and then proceed within its boundaries.  All of us will get much better results than by spending years and years of research but nothing ever changes.

The government has no authority over natural law because its foundation is evil.  The natural law represents everything that is good about life.  The governments and religions of the world exist to destroy the natural order and they will never succeed.  They will become failures and will grovel in the dirt.

Related:
The Lessor of Two Evils is Still Evil