The Lessor of the Two Evils is Still Evil 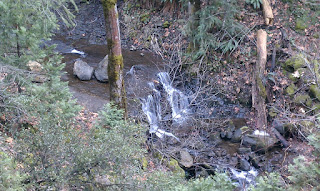 One of the common sayings we hear during the elections is that we always have the choice between the lesser of two evils.  However, the result will still be evil.  The upcoming election of 2012 in the United States will the same undesired results.  Voting seems to ensure that the most evil, stupid, and unqualified candidate will become elected into public office.  And even if the voters manage to elect someone good, that good man or woman will have to work with a bunch of morons.  And let's face it, it has been this way for a long time.  All of us have been played by the media; both TV and radio, and there seems to be no remedy to look forward to with any sense of optimism.
There's no point in describing the failures of Barack Obama or whatever his name happens to be.  The man is a loser because he is such a horrible liar.  But what about Mitt Romney?  He is just as bad, if not worse because he hides behind the veil of Christianity.  Let's examine the problem with Mitt Romney.
His biggest problem is that he is a Mormon.  Mormons do not believe the same way as most Christians who know the scriptures.  Mormons do not believe that Jesus Christ is God in the flesh, but rather, is one of many other gods.  In fact, the attainment of godhood is contained in the Mormon religion.  Most Christians who take the scriptures seriously would find it almost impossible to vote for him.  While Obama is evil, Mitt Romney is evil too.  Who would vote for a man who wants to be a god? And who really would vote for a man who wears "magic" underwear?   Lately, we are seeing how the Romney campaign has apparently cheated in their acquisition of delegates.  A vote for Romney is a vote for a cheat.  There is nothing to look forward to with any of the candidates.  My guess is that Obama will get a second term, and the nazi government that he pushed along, will get much worse.  So, we can't look to the elections, voting, or the government to improve our own lot in life.
However, there is a silver lining to the whole thing.  Socialism cannot survive on its own.  Both Obama and Romney are socialists.  It needs producers to keep the economy going.   Without producers, socialism falls apart because there wouldn't be enough producers to keep it all going.  Again, here we see that evil is weak.  There's nothing strong about evil. Evil cannot debate in any rational fashion, and it always loses.
Voting in an election is almost asking for the government to screw us.  Why even bother? The time would be better spend learning to keep God's commandments and taking care of our families and friends. We would be just voting for our slave masters who are there to steal the excitement of living and bring us all down to the depths of depression.  Their only goal is to destroy mankind.  So why vote for such people?  I've lived a little over 65 years, and I can't remember very many times; if any, that the economy in the underlying foundation actually improved.  Voting for such people is evil.  How are we going to fix problems if we keep voting for evil?  I really don't get it, because I know it isn't going to happen.  Under these circumstances, voting is like being a traitor to God, family, and friends.  It would be much better to just stand aside; aloof from the whole thing.  A man's life should never revolve around any government or body politic, especially under these circumstances.
In conclusion, the strength of any person or any group of people is their goodness and virtue.  If all of that becomes compromised, then the benefit of them will be lost.  A socialist brings in all of the other filth along with them: homosexuality, public schools, massive government, fascism, communism, sexual perversion, child abuse, and the psycho news media.  Their purpose is to lie to the people in order to manipulate their minds into submission to the socialist agenda; which is a death culture.
Evil is evil; evil spawns evil, the lesser of two evils is still evil.  It never produces anything good.