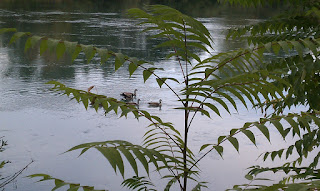 Fornication in the modern "culture" is almost expected and for the majority of cases, it is never questioned or scrutinized by the majority of people.  Society had degenerated to much as to think that fornication is normal--standard operating procedure--and that there's really nothing wrong with it.
Recently, I read an article about a female athlete or track star who has maintained her virginity
through her entire life.  Up to this date, she is 29 years old and she claims that she had a difficult time finding a date.  She whats to save herself for her new husband yet many men apparently don't really know what to do with such a woman.  And of course, it would be nice for her to marry a man who is also a virgin.  I believe there is a good reason why this should be done and why fornication should be discarded as something that is evil and useless.
Looking at the above quote: "...fornication is the destruction of the soul, separating it from God,...." we learn from this that it is one of the worst things we can do.  Who would want the soul destroyed?  We all know deep inside that we do have a soul, that one exists, and just like the body, it needs to be tended to and should not be involved with fornication.  If fornication destroys the soul, it also destroys the mind.  Men and women were not created by God to have multiple sexual partners.  God created men and women to have a nice relationship between each other and that the sexual act is to be only between a married man and woman.  The primary purpose of sex in the natural order is to make babies.  Having children is one of the greatest joys of living.  The sex is fun in the context of marriage, but it becomes distorted when it is separated from the love of a lawful spouse and it is practiced outside of the natural law which God created.
Notice that the above verse says that fornication deceives the mind and a man's understanding.  All men usually want to be loved unconditionally.  The woman who wants to fornicate, will play upon a man's emotions and get him to have sex with her before marriage.  Of course, many men think that the woman really loves him, when in fact he is being "played" by her like an old time banjo.  The lie is: "I love you...."; the truth is: "I hate your guts and I'm going to take you for a ride..."
Both people, knowing that fornication is wrong, start lying to each other saying "I love you."  I have to ask the question: If you love the other person so much, why do you participate in fornication when you know perfectly well it is an act that greatly offends God, destroys the soul, deceives the mind, and could land a person in hell?  Fornication is the main tool that Satan uses to destroy mankind.  It ruins future families in favor of completely dysfunctional domestic relationships.

"Hurtful are women, my children; because, since they have no power or strength over the man, they act subtilly through outward guise how they may draw him to themselves; and whom they cannot overcome by strength, him they overcome by craft. For moreover the angel of God told me concerning them, and taught me that women are overcome by the spirit of fornication more than men, and they devise in their heart against men; and by means of their adornment they deceive first their minds, and instil the poison by the glance of their eye, and then they take them captive by their doings, for a woman cannot overcome a man by force."
(Testament of the Twelve Patriarchs)
Feminism isn't the first time women have tried to control men.  I believe in reading the above caption that it was fornication which was done by women to get control over a man and make him weak.  The beauty of the woman deceives the mind of the man.  The beauty of the woman instills a false sense of love when the real intent is hate and destruction of the soul.  I know this is true as it has happened to me.  And it goes down exactly the way it is described here.  At the end of the relationship is usually a big mess, and a completely dysfunctional arrangement among all concerned.
I know that some people are going to think that their fornicating relationships are doing well, but I can almost guarantee that there will not be a good outcome.  If you really love each other then be a married couple; otherwise, just let your relationship develop without the premarital sex.  This way,
the relationship will stay within the natural order which God intended.  This is going to take some self-control which many of us have not been able to exercise.  We are not used to being patient enough to overcome the temptation of fornication.

How Do We Overcome the Temptation to Fornicate?

I learned more self-control by simply repeating the commandment I've been tempted with breaking. If the temptation is fornication,  I just repeat the commandment in my mind and the temptation simply goes away.  That is the easiest way and it works.  Another way is to  stay away from most media that could lead my mind in the wrong direction.  I make sure my "prude filter" is operating properly on my computer.  Women should be helping the men by dressing modestly and not dressing in a way that could provoke thoughts of fornication.  The idea here is to use some good judgment and common sense.  Save the sexual activity for the spouse.
You'll need to develop your ability to be patient.  I learned it from Tertullian who was an early Christian writer around 225 A.D.  I read this over and over and then I started to use it.  It saved me so much other trouble that I can't begin to recall all of the incidents that I avoided by just being patient.
Fornication is the impatience for true love.  "I want it now" doesn't work in God's natural law.
In conclusion, fornication doesn't satisfy the desire for true unconditional love.  Fornication is a lie, and it is done by deceiving the mind.  Fornication destabilizes civilization and we are seeing the horrible effects of it now.  With a little self-control and some acquired patience, this problem can be avoided.  If you want to improve the quality of your life, just stop fornicating.