The Downside of Homosexuality 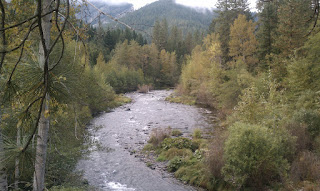 Since the Usurper-in-Chief decided to endorse queer marriage, I think it should be pointed out that those people who engage in homosexual activity are not only hurting themselves, but they are defiling other people and they are defiling the land.  However, just as in everything evil, homosexuality is painted as something that is valid even though most people think it is perverted.  Satan is a queer.  He is a queer because his agenda is to intentionally offend God and destroy every man, woman, and child.  Homosexuality is anti-Christ and it has no place on earth, let alone promoted by any government or religion.  Homosexuality and fornication destroys the body, mind, and the spirit.
There are plenty of medical reasons to avoid this activity.  Many people don't understand the dynamics of sexual intercourse.  If you have sex with one person, and that person has multiple partners, you've essentially just had sex with everyone else your partner had sex with.  Diseases will follow the string of partners, and sooner or later, a queer will start to have severe medical problems.  They will get STDs, anal cancer..., bowel problems, viruses, HIV, and the list goes on.  I don't see the attraction of homosexuality given some of these problems.  Who would want to get anal cancer?  Unless you want to crap in a rubber bag attached to your abdomen.  Since homos have many multiple partners, there is a very good chance of getting an STD which can ruin anyone's medical well being.  If you Google "images syphlis" you can see the dire results.  And while there is a cure, it is my guess that the disease will follow a person and there will always be a chance that one's immune system will be compromised.  So when a queer decides to have sex with someone, he really doesn't know where the other person has been and with whom they have had sex.  From a medical perspective, this is like bungie jumping without the cord.  With the exception, that it is a slow death of utter misery.  Why do that to yourself?
The joy of homosexuality is a delusion.  It distorts the mind.  When any unlawful sex act occurs,
the mind in it's natural order, rejects the activity as unnatural.  But since a man has a free will, he will override his own inner good sense, and engage in the activity because he thinks he is having fun.  He feels "liberated" when in fact, he is putting on the mental chains of satanism or luciferianism.  His mind then becomes even more twisted, and he is left completely defenseless against other evil temptations.  The urge for homosexuality or fornication is a temptation, and all it takes is one's acquiescence to it and the mind starts to destroy itself.  I have noticed that while some homosexuals seem nice on the surface, it doesn't take much time to understand that they act like complete jerks.  The reason for this is because of the battle for evil in its attempt to take over the mind.  The swishy speech of a homosexual almost sounds like demon possession.  But once the mind is hardwired to the evil, it seems that a homosexual is in an almost hopeless position of depravity and degeneration.

If the Bible is correct and there is a hell, I couldn't think of an easier way to get there by being a homosexual.  This activity greatly offends God, it is against God's commandments, and it is extremely destructive.  In fact, in the Apocalypse of Peter, which was used in the early Church, states that there is a special punishment for homosexuals in hell.  If you consider the odds, there is a 50/50 chance of getting that punishment.  The writing is either right or wrong.  I don't like the odds of that kind of punishment.  The spiritual downside is unspeakable.
Government promotes homosexuals because the government itself is evil; it is bad religion.  Government has no authority when it violates God's commandments.  It just becomes a pathetic example of what not to do.
The only way out of the bondage of homosexuality is to stop doing it.  How?  What works for me is to repeat any commandment with which I am tempted to break.  In the case of  being tempted with homosexual acts, just repeat the commandment: I will not commit adultery(which includes homosexuality).  Repeat it as many times as you need to to make the evil go away; it will if you do this.    The temptation goes away immediately, and you can continue your day without any more problems.  This should work on a homosexual problem just as well as any other sinful activity.  My idea on this is that all men are tempted to do wrong every day.  It is a spiritual battle, so it needs to have a defense. The defense for it is the commandments.   Churches don't teach any of this, but I found the idea in an early Christian writing.  I used it and it works.  The spiritual entity that inflicts the temptation can't stand to hear the commandments and will flee.  I know it sounds a bit odd, but all I know is that it works. This is why evil is weak before good.  Again, this works which leads me to believe that most "churches" and religious organizations are a major part of the problem along with government.
This is why the government supports homos, because they know it weakens the people and makes them easier to control to promote their perverted agenda.  It creates chaos in the families, creating the need for CPS who in turn, abuse more children.  It destroys the mind making people useless to themselves and to their fellow man.
Finally,  the so-called "President" Obama has done mankind (especially children) an extraordinary disservice, and I would not want to be him when he has to account to God for his actions.  These evil homosexuals are also defiling the land, and along with it, they are going to bring upon us all the wrath of God.  I don't know what form it will take. This kind of behavior is completely unacceptable and it may spill over upon the land in a form of which I do not know.  I can't prove it, but I can feel it coming.