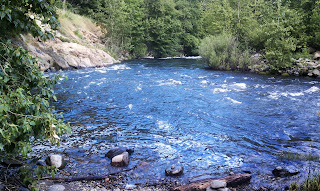 Just like sexually transmitted diseases (STD), there is also something much more dangerous, it is called: Socialist Transmitted Disease and it shares the same anacronym STD.  What is an STD? How does one get it?  What are the prevent measures that a person can take to thwart this disease from infecting the whole body and mind?  Let's take a look at the Socialist Transmitted Disease and find out what it is and how we can avoid it.
Socialism is the most stupid, the most ignorant, and the evilest political and economic system every devised by mankind.   Socialism would include fascism, feudalism, democracy, and communism.  The idea here is that the "state" is your god and that the state knows what is good for everybody.  Thus, the state treats people as if they are barnyard livestock, fleeces the animals, and slaughter them at the state's direction.  Socialism is a proven failure and no one can make any reasonable argument that it has been a success.
My idea of a Socialist Transmitted Disease means that you have been taught to accept a political and economic system that is completely crack-brain.  You have been deluded into paying "your fair share" and even liking it.  You have been taught to enjoy watching the government waste your money, sending your beautiful children to war, promote "gay" and homosexuals in the school system, and destroy the economy through unrelenting spending and regulations.  You have been taught that your son or daughter who has been killed, maimed, or injured in multiple foreign wars were fighting for our freedom; that they are heroes.  You have been taught that your son or daughter's "sacrifice" has secured our freedom.  Yet, at home, you have to have your "junk" felt by the TSA before boarding an airplane.  How's that for freedom?  Is your son's or daughter's life worth that nonsense?  The "Government" is so bad that it causes massive unemployment so that many people lose their homes.  You have been taught that NAFTA, GATT, and the WTO all socialist trade agreements would expand the economy.  You listened to the liars, and so now there are at least 42,000 fewer factories in the United States.  Now the government is lying again by saying that there will be a recovery.  What is it going to recover with?  If you believe those lies, then you probably are getting an STD; a Socialist Transmitted Disease.
The problem is that most men and women do not actively protect themselves from chronic liars.  And after all, most of us would like to think that people are telling us the truth.  But we have to be smarter than that and ask questions, or simply ignore and separate ourselves from these liars, cheats, thieves, and crooks called the government.  So, you'll have to put on your intellectual condom over yourself and be more discreet about the kind of information that goes into your mind. Of course, abstinence is always a better way to go.  You have to continually use your bullshit meter to make sure you don't make decisions that will harm you or your family.  After all, you nor your friends and family don't want to get an STD.
What measures should you take to prevent this dreaded disease?  I will speak for myself.  What I have done is to throw out the TV.  There's nothing of any value to watch.  Without the TV, you'll be free from watching all of the network news.  Yeah, you can get it on the internet, but after being without my cable, my mind is starting to recover.  Stop listening to radio talk shows that give people a false hope for change.  While 75% of the American public consider themselves conservative, we still get socialist candidates from both parties.  And this has been going on for many, many years.
There is no reason to vote for Socialist Number One or Socialist Number Two.  There's no reason to vote for any of the people running for any public office because their only intent is to steal from the public.  If they make the economy move forward again, it is only because they want to steal more money later on.  The political system is a proven failure and something else should be done.  Politics, as we know it today does not serve the needs of anyone and it  ruins businesses.
Finally, people should be left alone to live their lives in peace; raising their children and enjoying the life that God gave them.  The drivel that comes from the government and media does not do a thing to enhance life.  When a socialist starts to talk, I suggest that you just put your hands over your ears and sing la la la la la; or, after they say anything, just say bullshit.  If you hear Obama making a speech, just say bullshit.  If a politician is making a speech, just say bullshit.  This way, it will prevent your mind from accepting their garbage, and at the same time, may help you  from getting an STD--Socialist Transmitted Disease.

Posted by Very Dumb Government at 10:57 AM