Power of the Conscience 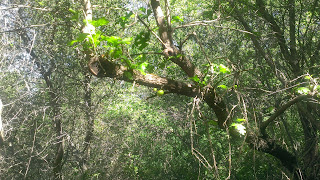 The first time I remember experiencing my conscience was the time I was a little boy around 5 or 6.  I was out playing in the front yard with my black cocker spaniel called Chris.  I had a football in my hand and for whatever reason, I threw the ball at the dog.  While I didn't hurt Chris, he must have wondered what that was all about.  My conscience tormented me as I remember it to this day.  It was a horrible experience for me as a young boy and the dog died a few months later from an unexplainable disease.  When I saw the dead dog laying in the backyard, I couldn't help but think that maybe I contributed to his death by being an asshole.  I've never been mean to a dog since that day.  But the torment from the conscience leads me to believe that the conscience is God's way of disciplining us in ways we would never imagine.  It would have been much easier on me to have not committed the evil.

Evil people don't get away with it
In other situations in my life, I've noticed that whenever I did something wrong, I always got paid back for it.  The conscience is a horrible thing to face when confronted with the evil that has been done.  All men, women, and children have a conscience so it is important for people to understand that there is no escape from it and no amount of liquor and drugs will soften the pain of the conscience.  So then the evil people of the "new world order" will suffer immeasurable damage from the conscience because of their evil deeds.  And perhaps those of us who find ourselves frustrated by bad government and bad religion can take comfort in knowing that the evil people will always get it back in spades.  I don't care if a man is the richest man on earth, if he is evil, he will suffer the torment of the conscience.  Some of you may think that they have no conscience.  The fact is that we all have it but may manifest itself differently at various times.  But the conscience always manifests itself to instruct men to do good and avoid evil.  The problem arises when we ignore our conscience
and do the evil in spite of the warning from the conscience.

Ignoring gut feelings..
It is important to follow one's gut feelings as that is probably the conscience telling us what is right and what is wrong.  However, when we ignore that feeling and make a bad decision, the conscience takes over and inflicts pain upon us because of our poor choices.  There is no way to avoid the conscience.  A man can drink liquor and take drugs, but the conscience will always be there to torment the man until he repents from the evil deeds or dies.

Evil people get away with nothing
There is no amount of drinks or drugs that can eliminate the effects of the conscience.  It is always the consistent taskmaster that we should always be aware of and be open to its correction.  Evil people bring more trouble to themselves.  Even in their complete arrogance, they think that they are special and that their evil actions are justified.  The problem is that the conscience will punish them right up to the level of evil they have committed.  The conscience shows no mercy in this regard.  This is one of the main components of the natural law that disciplines.  If we don't want to experience the torment of the conscience, then it only makes sense not to do anyone any evil.  Abide in the natural law and the conscience will take the torment away.  But if one starts doing evil, then the whole set of torments will follow.

Guilty conscience is not a mental illness
Psychology is junk science and it is of no help to people because it doesn't understand the mind and drugs don't help anything; especially antidepressants.  There's no one on earth that can completely understand the mind, but I suspect that a man who abides in the natural law is going to have a much easier time in life because he is respecting the life that was given to him by God.

All men have a conscience
Some people have told me that the evil politicians and religious leaders have no conscience.  I don't believe that because I think we all are born with the same things.  Race and appearance may be different, but essentially, we were all created the same way.  And while these leaders may be responsible for thousands of deaths and inflicting misery upon mankind, they will not get away with it.  At some point in their lives, they are going to realize the damage their evil has done and they will suffer from it.  They may be able to bury the conscience with liquor or drugs, but eventually the conscience will rise up again and torture them to the fullest.

Think of the torment a child molester must experience from his conscience.  I think that they are so arrogant that they keep doing it--doubling down on the evil--in order to attempt to justify their evil deeds.  The same thing goes for the other evil things that people do.  So if a man or woman doesn't want to be tormented by the conscience, the easiest thing to do is to stop doing the evil.  Once that happens, the conscience will let up and life can go on as normal.

Pay attention to the conscience
I think that this is the best guide to help people make more intelligent decisions.  The conscience cannot be denied and everyone has one.  From the richest to the poorest people, they all have a conscience and that is the best disciplinarian of all time.  It is better than government and religion and it is better than man-made laws.  Paying attention to it always gets good results.

Walter Allen Thompson has a new book called Natural Law: The True Supreme Law of the Land
Posted by Very Dumb Government at 10:16 AM