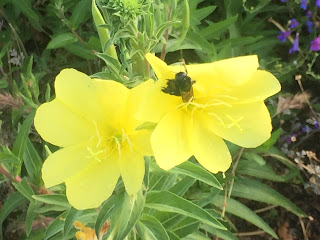 Against War and Murder

When people are born, the only thing they really possess is their own life.  Family, friends, and property come and go, but the possession of life always stays with the man until death.  Since life is a major part of the natural order the necessity for any writing against murder is redundant because it is obvious that when someone is murdered, it is wrong and anti-social.  The natural order that God set forth is intended to flourish and it is a major source of enjoyment to mankind.  However, the satanic mind and agenda loves war, destruction, and mayhem and the resulting carnage from it is a joy to evil people.  Murder is simply wrong and there's never any justification for it.  I'm not talking about self-defense, but when I use the word murder I am speaking about the unjust killing of another man, woman, or child.

Government and religion are the two most destructive forces on earth.  These two groups of people assemble their organizations under the principles of Satan which is completely contrary to God's natural order.  This cannot be argued because all one has to do is to observe it for what it is and to understand it.  The problem is that most of us have been subjected to a lifetime of continual inculcation of violence and murder since we were children.  If any of us actually had to experience a war I would venture to say that few people would condone it.  Governments and religions take up the mantle of authority as if they were gods.  In fact the story has it that Satan wanted to be God, so it only follows that governments and religions are attempting to usurp the authority of the God who created us, and replace God with their pathetic organizations.  Government and religion are the two things in this world that should be put in the trash heap of history.  They are not a service to mankind, and any success experienced by nations in the past has been in spite of government and not because of it.

The key to understanding natural law principles is that they are established only by the God who created mankind.  There can be no viable other gods because they don't exist.  However, there is the force of evil and it always tries to impose a stupor on the good judgment of men.  Once in this trance or stupor, men do the most horrible acts when they would otherwise not do if they were in their proper frame of mind.  That's why mind control is so important to the evil one as he thinks they can manipulate men to serve his own purpose.

Military has no moral authority

The military has no moral authority to kill anyone other than for defensive purposes.  This idea that the military must go overseas and fight in foreign nations is ludicrous.  But here's another issue most people ignore.  Is it moral or within the natural order to participate in these wars?  If I'm in the military and I blindly follow orders to kill people; am I not a murderer?  The natural law says that I am, but man's laws say that I'm not.  Which one do I believe?  My decision has to be founded upon natural law.  And that tells me that I have no authority to murder another man, woman, or child.  How hard is that?  The evidence for it is in nature itself and in the horror of disobeying the natural law.  It doesn't make any difference if a man has a shiny uniform "dressed to kill."  There is really no moral authority in the government or the military to murder people.  The only exception would be in self-defense.

I don't think any soldier who has experienced combat will think that there's anything good in war.  But there is big money in war and murder and this is how government and religion maintain their power.  The satanic freaks can't have people running around living happy and fruitful lives.  Instead, they find all sorts of ways to destroy life as God intended by murdering people.

Government and religion have no authority to murder anyone

The natural law shows that murder is a very horrible act yet people use government and religion as an excuse to do exactly the opposite of what God had intended.  We as people should be live prosperous and unfettered lives, but it is the government complex that helps to promote the use of murder as a normal policy.  And few churches will ever criticize the government as they don't want to lose their tax benefits.

It doesn't matter which religion is in question, they all have various excuses to exercise life and death over other people.  The natural law does not allow for this so it only makes sense to stay within this natural order.

Suicide is the same as murder.  While life can be rough at times, it is still considered murder to kill oneself.  The rough parts of life will always pass, and this new world order will also pass.  No one should ever consider suicide because it is the killing of something that God created and that is an insult to him.

Abortion is also murder and the people who promote it are the most decrepit among us.  The purpose of abortion is to promote fornication and to destroy the family.  To this end, abortion advocates have been quite successful in their failures as people.  Abortion has been around for a long time as the prohibition against it appears in the Book of Enoch and The Didache--early Jewish and Christian writings--which were removed from use after about the 3rd century.  Both books spend a lot of time on the commandments and why they should be kept.

Murder is destroying what God created and it is the ultimate insult to him.  And anyone who joins a military has the potential to be a murderer or an accessory to murder.  If there were no military forces, then it would be impossible for the new world order freaks to start any wars.  However, the various medias glorify wars because that's what they do.  They make war against people to serve their satanic agenda.

Laying the foundations for a murderous society

The media are not the only ones responsible for the toleration of violence.  Video games have degenerated to such a low level that young people probably wouldn't be shocked by the real violence.  But it is one thing to see it on a screen, and another to see it in real life.  This along with the use of anti-depressants will combine for an ugly scenario of more murders.  This is why it is important to keep these things away from young children.  A young child using videos that depict violence is a disaster waiting to happen.  Of course, these videos will also induce depression, which in turn will cause them to become even more violent.  There's no such thing as a happy pill.  A pill cannot cover-up the underlying evil.

Controlling anger is the first step away from murder

The emotion of anger is the first step towards murder.  This is where self-discipline and self-control
needs to be exercised by each man or woman.  Most arguments are started by someone being angry and if the emotion is allowed to fester long enough, the possibility for a murder increases.  While it may be difficult to control all of it, the best choices when confronted with a problem are best made when the man is of an even and controlled mind.

After studying many writings, the most intelligent ones refer either to the commandments and the natural order that God created.  The natural law works because it is the same for everyone.  No one has any special authority to kill another man, woman, or child.  However, governments and religion will claim authority from God to take the lives from other people when God said nothing of the sort.  In the course of the history of mankind, this idea has been a proven failure which cannot be denied.  It is always better to respect the lives of others and to put these governments and religion on the trash-heap of history.  To murder anyone under the "authority of God" is a very bad joke and the insanity of it cannot be ignored.

Related:
Working With the Natural Law: Part One

Posted by Very Dumb Government at 9:28 AM