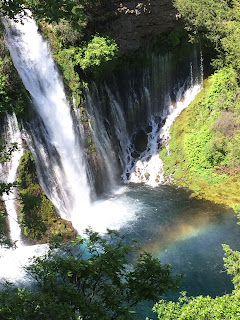 In working with the natural law, it is important to understand that truth is always self-evident and that these natural laws apply to everyone without exception.  People are free to violate them, but there is also an expectation of retribution from disobedience.  I believe that temptation is like a satanic stupor and that the undisciplined mind or soul has little ability to defend itself against the evil.
In thinking about relationships, none is more important than a son or daughter with their parents.  Children should always have respect for their parents because they are the people who begot them.  While it isn't always easy to do, it is important to maintain that respect even when  there is some kind of disagreement.  A good relationship is important to the total stability within the family itself.  So then the commandment to honor the mother and the father makes good sense and the natural law confirms it.

It is observed in nature that the protocol is for the children to respect the parents.  Most children wouldn't think of biting the hands that feed them, but many children talk back or argue with their parents.  This ought not to be.  If, for any other reason, parents have been around longer and have more life experiences to draw upon.  Hopefully, that will help to impart wisdom for those children to use for themselves.

In learning to respect parents, children learn to respect other people and stay within the natural boundaries.  This helps to facilitate a stable society build upon good moral principles.  Without a strong family foundation, society, in general, will decent into an unspeakable decline.  It is important
for all people to realize that it is God and the family that is the center of life and anything that does harm to the family should be abolished.  It doesn't make any sense to have the same type of people in control of society that continually attack the basic moral principles that are associated with the natural law.

When governments and religions  attack the basic family structure, they are demonstrating their complete uselessness to society.  These organizations are worthless to society at large and they should be avoided.  But a lot of this depends upon having respect for one's parents.
The natural order demands that children honor their parents.  It is also important for parents to set a good example for their children.  The current rate of broken families is a shame, and it should not be.

Posted by Very Dumb Government at 11:29 AM