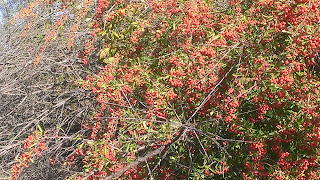 By what authority?
The answer is very simple: it has no authority.  And, to use another example, if the court decided to suspend the law of gravity, I doubt the natural order would be complying anytime soon. What if congress decided to eliminate the air we breathe?   While the court may make a statement, the fact remains that no man on earth has the right or authority to go against the natural order.  Today, the "Supreme Court" shows just how stupid and evil it is by allowing same-sex marriages.  In other words, the supreme court and the accompanying government are "unfit to exist" and this reality is self-evident.  There isn't any value or benefit to the normal man, woman, or child by having this insane group of liars, thieves, and thugs called a  government; make important decisions.  The natural law shows that they are completely devoid of any morality, and as a group, they are a dysfunctional organization of crack-brained idiots.

No moral authority
Whatever endeavor that mankind wants to take, there has to be an underlying foundation of the natural law or the natural order.  God created this natural order and he has put in place everything we need to live happy lives.  However, the government sanctioned immorality which we see today will destroy the land; much worse than if it were attacked by nuclear weapons.  The government, which strays against the natural law will always be a failure.  The idea of American exceptionalism is a complete farce.  While it is true that Americans are an innovative group of people, the government retards the social progress of the people because the government acts as a parasite or a leech.  That seems to be the only function only function of government; parasitic maggots.

Democracy is idiocy by consensus
The reality of democracy is the fact that it gives the people the impression that they are in charge of their government when just the opposite is true.  Democracy allows for a group of people to get together and advance the most perverted social activity and put it into "law."  However, their law has no authority.  But they enforce their perversions through the delusion of democracy and by their monopoly on the use of violence to get their way.  The same-sex marriage is a perfect example of this.  Through the various media, homosexuality and same-sex marriages have been promoted to destroy the traditional family.  Homosexuals have tied their perversions with the issue of civil rights in order to put up  a false appearance of legitimacy.  The voters have no real choices as the candidates are screened by the puppetmasters.  In theory, it is possible for a majority of people to declare the evil and unnatural behavior as a legitimate social activity.  The facts show that homosexuality is twisted and it is very unnatural.  But with a democracy, the most insane ideas that would come from a government are now the "new normal."  If there was ever a time to reconsider the value of any government, this would be a good time to do it.

Constitution of no authority
In my view, the constitution has no authority because it relies upon oath-taking.  I have written a lot about the dangers of oath-taking on this blog.  While there may be a lot of other reasons the constitution has no authority, the fact remains is that no man has the power to swear oaths.  Oath-taking is done by the new world order freaks.  Any time you see oaths being taken, you can count on a lot of problems following it.  And so, this supreme court is the bad fruit of a corrupted document called The United States Constitution.  No one has the right to attempt to change the natural order of life that God put forth.  There is nothing natural about homosexuality as it is an abomination.

No authority to redefine marriage
Just as the supreme court would have no authority or power to stop the law of gravity, it only follows that it cannot redefine marriage to include same-sex couples.  Thus, their ruling is of no consequence and the homosexual is worse off for it because their lifestyle is unsustainable.  And they know it.  They will know it when their consciences kick in and torment them until they stop being homosexuals.  The supreme court ruling is a grotesque act by the government to lend credibility to homosexuals when they don't deserve it.  This is a loser all the way around.  However, the silver lining may be that people will come to realize that their government is twisted beyond all recognition and it should be abolished.

Legal system is a satanic process
The legal system is satanic because of the oath-taking.  That's all anyone needs to know and they should avoid the courts if it is possible.  The courts are steeped in idolatry and they make their stupid decisions based on false information and lies.  The oath starts the evil process and it is all downhill from there.

No authority to redefine God's natural order
These governments are nothing nor are they important.  All of them are useless for the benefit of mankind and they are more trouble than they are worth.  Governments tend to set themselves up as false gods with a false authority.  They have never had any authority to violate the natural order that God set forth.  The "Supreme Court" in this instance, clearly shows that the government is immoral and hideously evil.  The government, as we know it today, should be abolished and replaced with the natural law.  This would work to the benefit of all people.