Irwin Schiff: Dead in Prison at 87 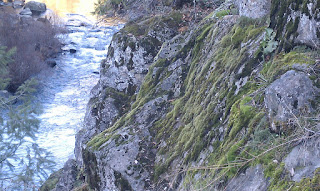 As a former "tax protestor" who has been in federal prison, it is with great sadness that I announce that Irwin Schiff, the grandfather of the anti-income tax movement and author of The Federal Mafia has passed away in prison from lung cancer.  He was an extremely interesting man who had done a lot of research on the income tax code and found that by any laws, the American man or woman is not liable for income tax.  Once he figured out that there was no liability, he took it upon himself to tell as many people as he could in order to make the government abide in the truth.  I had a few conversations with Irwin and what impressed me about him was that he was rock-solid upon what he believed.  I was coming upon this issue around 1999 so I would call Irwin and ask him questions.  Sometimes we would disagree on something but he was never arrogant and he always kept his mind open for the truth.  So, I want to talk about his character as a man and not so much on the tax issue.  I've done plenty of that on this blog, but I want to address this man's character.

He thought that governments should follow the law
He thought that if a government was going to have any credibility and authority, that they should be obeying their own laws.  When it came to the income tax, most of us had found that there aren't any laws that make anyone liable for the tax.  He had tried repeatedly to get the government to disclose what specifically established the liability for the tax.  Common sense tells us that if a government refuses to disclose the liability there is something seriously wrong.  Irwin could not believe that the government would intentionally do something this evil.  I felt the same way, but after being essentially lynched in federal court, these government people are as bad as Hitler's brown shirts.  Based upon some of the comments I've heard about him and having my own conversations with Irwin, I got the feeling that he was having a hard time accepting that the laws mean nothing and that the government is composed of a bunch of crooks.  He felt that somewhere along the line the system would treat him fairly and that he would be vindicated.  The simple fact is that Irwin was a political prisoner, unjustly put in prison and allowed to die a miserable death.

The court system is of the Devil
One thing that stood out to me was the fact that the federal judge in his case, told Irwin that if he even said the word "law" one more time, that he would be held in criminal contempt of court.  Irwin had to use that word in order to defend himself and for each time he said it he would get an additional three more months in prison.  I believe he received around 11 more months for just saying the word "law" in the courtroom.  In Irwin's case, the steamroll was on.  "Steamroll" was a term directed at me by a standby attorney.  He actually looked at me and told me I was going to get steamrolled.  He was right.  I was also informed that Irwin could not hear very well so he couldn't properly defend himself.
What the DOJ attorneys and the federal judge did to Irwin was a blatant fraud and ultimately turns out to be the murder of an innocent man.  Irwin did the best he could under the circumstances.

Irwin Schiff offered to testify in my trial
I wanted Irwin Schiff as a witness at my trial.  When he showed up in the courtroom, it was like a whirlwind that came out of nowhere.  He was all pumped up and ready to go.  He even brought some books to use for reference.  The standby attorneys said to me: "You really don't want him to testify do you?  He's a loose cannon!"  That's exactly what I wanted as he knew his stuff and I was going to simply ask him where is the liability for the income tax.  However, that was not to happen as the judge would not allow his testimony.  Any exculpatory evidence in both of our cases was usually put aside to ensure a conviction.  What is extraordinary about this was Mr. Schiff was under indictment himself, and any testimony he gave at my trial could be used against him later.  Irwin didn't care, all he cared about was the truth and he was willing to expose himself in order to bring in defense testimony into my trial.  Nevertheless, I admired Irwin for his honesty and integrity when it came to the income tax and his willingness to expose himself to the impending cross-examination.  I will always have great memories of Irwin as he was sincere and honest in his beliefs.

Getting sick in federal prison
Irwin Schiff was due to be released in another year and a half.  However, apparently he contracted lung cancer.  I don't know anything more about it, but I find it odd that about nine months before I left Lompoc prison for the half-way house, I supposedly contracted lung cancer.  Going to get medical treatment as a federal prisoner is awful.  I was waist-chained with handcuffs and then taken to the "SHU" or better known as the hole to wait for transportation to the hospital.  Then, the prisoner is paraded through the lobby area for other people to see.  Once in the treatment room, the prisoner is still handcuffed and then chained to the gurney.  This is a most unpleasant experience.  I had initially told them I didn't want any treatment or CT scanning and that I just wanted to be left alone.  The prison doctor told me that if I didn't agree to the scan, that he wouldn't release me to the half-way house.  It's my opinion that Irwin suffered the same treatment.  He was an 87-year-old man who was probably chained to a gurney and then left there for hours to suffer the lung cancer alone without his family.
I do find it odd that he and I both had lung cancer shortly before being released.  Did the prison system give us lung cancer as a going away present?  We'll never know, but something like this would not surprise me in the least.  After spending almost 6 years in jail, I can safely say that I've never seen so many assholes all in one place; I'm talking about the prison staff.  What a bunch of losers.  Sending an 87-year-old man to the hospital in chains is just over the top.

Irwin challenged the system and won
While Irwin lost his criminal case, he was on the correct side of the issue.  I remember him telling me over the phone one evening that he didn't want to be quiet when he knew something was obviously wrong.  He said: "What do I tell my sons?  What do I tell my grandchildren?"  He was very concerned for their future and also for the rest of the country.  He put his whole being in front of the freight train.  While he got "steamrolled" he upheld the truth as he understood it  And that's the most important issue in all of this.  He understood the morality when it came to income tax.  A government should never lie to the people, but we all know it does that on a routine basis.
What makes me want to vomit are the pundits, attorneys, and CPA's who point to people like Irwin and say that he was crazy, insane, and look at the horror he brought upon himself.  Irwin stood up to the immorality of the income tax and it cost him his life.  And those to ridicule people like him have no life.  But the truth is that the authority of government is established only through violence; laws mean nothing to them.  The court system is a Satanic process that is good for nothing.
There are few men that I have known that I admire and respect, but Irwin Schiff one of them.


Update: I just finished watching this video and this shows the reason why this man was not allowed to testify at my "trial" which was more of a lynching.  I had the questions ready to go and I knew he would be a great asset in my defense.  But that was not to be because the courts are not fair nor do they dispense "justice."

Walter Allen Thompson is the author of The Grace of Repentance: Keeping God's Commandments
Posted by Very Dumb Government at 9:28 PM