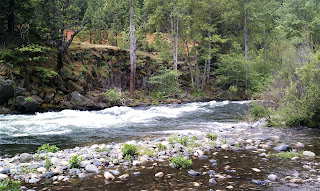 There aren't too many places where young people can get any information on the difference between courtship and dating.  One of the problems young people have is that they spend too much time in school learning things that will not benefit them economically.  And as a result, they'll spend almost 16 years of their lives, and maybe more, in education institutions which actually remind me of a prison camp.  Young people should be fairly set in what they want to do by the time  they are 18 and they should have been serving some kind of apprenticeship from the age of 14 and up.  So, a young man should be able to support a family by the age of 18 years old; give or take a few years.  And my reasoning is that young people get too horny and will fall into fornication and ruin their relationships.  Dating facilitates fornicating rather than having a courtship that helps them to determine whether a marriage is going to be beneficial.  A proper courtship, without sexual relations, should provide for a stronger marriage along with a successful career.  School should be essentially over by the age of fourteen.  Any other schooling should be career-specific, learning the skills that will prepare them for work.

Dating
When I was a young man, dating was the method that we would use to go out with girls and then get laid.  The problem with this is that fornication destroys the relationship between a man and a woman.  Sexual relations are very personal and they cross intimate boundaries.  There is a spiritual bond between the two through the sex, and if these relationships break up, it is very unsettling to the spirit and the soul.  Of course, I'm giving an opinion here with a lot of years of experience.  If I had known then what I know now, I would not be wanting to fornicate.  Fornication causes many problems: unwanted babies, abortion, STDs, forced marriages, and continual arguing over many other issues.  Fornication sets the evil in place in order to destroy the relationship.  And of course, fornication will destroy not only the marriage, but it can economically ruin a man if there is a divorce.  In today's world, dating is very dangerous if it is going to lead to sexual activity.
Fornication can also lead to homosexual activity and that is just as bad.  It can also lead to child molestation, and the transgender nonsense.  There are so many downsides to sexual activity outside of the bond of marriage that they are difficult to list.

Sex is not a recreational sport or activity
In using the natural law, we can see that the primary purpose of sex is to produce babies.  Children are always the future of society, and a strong family structure is the security and joy of the parents and grandparents.  Thus, if the acts of sex produce babies, then those babies need both the mother and the father.  This arrangement is the best way but, it isn't always possible.  In general terms, those babies need a strong family structure in order to have joyful lives.  But in today's world, sexual promiscuity is put forward as normal and as a result, we are experiencing  quite a meltdown in society.  The marriage rate is low among young people and the divorce rate is through the roof.  Most of this is caused by the lack of high moral standards.  And the immoral governments make the whole situation worse.  Sex, under the natural law, is obvious.  It is to be done between a man and a woman who are committed to each other in marriage.  This provides a healthy environment for them to build their families.  This is what makes a successful society.

Courtship
Courtship may include going out on dates, but it is more.  The man and the woman can take their time to get to know each other with the ultimate goal of them deciding whether or not they would like to have each other in marriage.  They can find out if they can be friends but spending as much time with each other without the sexual relationship.  I think that this is more practical and the purpose of the time together should be used to evaluate each other as much as possible.  But I believe the friendship should be there first.  Then, if the relationship gets serious, then they should make plans for marriage.  The nice part about this is if the couple decides that they aren't right for each other, then the sexual boundaries have not been crossed and they can maintain a friendly relationship after the courtship.  I think that this is a much healthier way to determine if a prospective spouse is going to be the one that will last through the years.  I think better decisions will be made with the sexual pressure is off and the attention is turned to more important things.  I believe that there are a few couples who do this, but my guess is that the ones who do have much better marriages and stable lives.  And the reason is that they are staying within the natural law of the creation and the creator and that will always get good results.