Natural Law Should Separate Man from Government and Religion 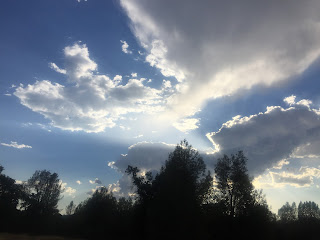 The governments and the religions of the world are the two most destructive forces on earth, and neither one is necessary if there existed a moral society.  While there are lots of people with high moral values, they seem to lose them when being engaged with government and religion.
We now live in a communist war society that is of no benefit to anyone; including the political ruling class.  The communist-socialist-fascist system is Satanic at the roots and the political systems seem to adopt this system.  The difference among them is only related to the style, but the substance is the same.  These political systems are structured in slavery; i.e. income tax.  If under the natural law a man is entitled to the fruit of all of his labor, then it is morally impossible to justify an income tax.  If a man is taxed just one cent on his labor, then that man is effectively a slave.  No one can argue this point, but what is troubling is that few people ever look past the “common knowledge” and try to figure out what is truly right or wrong.  As a result of this, mankind is stuck with this communist slave system.  While Americans are taught that they are “free” the reality is that they are slaves.  All of the people in the world are slaves to the communist system.  But the politicians tell them they are free.
The politicians let the people vote, but the reality is that the communist system is upheld by all candidates and there is never any serious opposition.  And all of the religious leaders are in lock-step with these governments.  There is no power in voting; the power resides with the people who count the votes.  So the idea of voting is just a scam to delude people into thinking that they have a choice in the government when just the opposite is true.  Democracy is the lipstick on the communist pig.  There is little difference in substance when it comes to political candidates.  Again, the styles may be different, but the substance is always the same; communism.
However, it is the natural law that provides the most promise to mankind because it was established by God-- the creator of everything.  Even atheists cannot argue against the natural law because the evidence can be seen by all who take the time to observe it.  In my opinion, I think atheists are put off more by the idea of religion but not necessarily the idea of God.  I can understand that as I find religions just as offensive as the governments.  They are very foul and they are useless in providing any opposition to the immorality of society.
Unlike the various “bible” versions, there are no variations or no other versions of the natural law.  Natural law is what it is and it is there for everyone to understand.  And I believe this is where a man can operate within the truth because all men will get the same type of results from their actions.  The quality of life is much higher and the emotional stability from abiding within the natural law is much more satisfying.  While there are always temptations to violate God’s natural law, they are something that must be consciously opposed and fought every day.
Opposing evil is a daily chore.  No one is exempted from the temptation to do evil.  While I don’t know all of the dynamics of temptations, I do know that they exist and they must be defeated in order to preserve a good life.  This is why being conscious of the natural law, and using common sense and right reason will usually keep a man safe from the bad results of evil.
Government and religious people have no life.  They are the real zombie types.  And the reason for this is that they offend God’s natural law on a daily basis, and they seem to have the notion that they are gods or that they created our lives.  Government and religions are a curse upon mankind.  Any government or religion that violates the natural law has no moral authority.  In addition, if I was to give them all a pass and use their “laws”, the evidence would show that they violate their own “laws” and they are hypocrites.  Their style is to say one thing and do another.  This establishes a completely disorderly society and we are now experiencing the bad fruit of it today.
The good character of any man or woman is going to depend upon their ability to stay within the natural order, building good conduct and virtue.  The more character a man has the more he  will be able to defeat the evil consistently.

Posted by Very Dumb Government at 11:08 AM