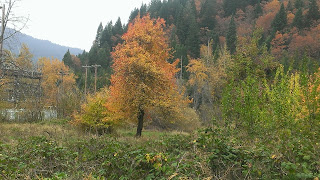 Socialism is one of the most chickenshit forms of government ever known to mankind.  It is the robbing of the poor and the middle-class and giving it to the rich.  Steal from the poor and give to the rich; that's communism.  The problem with socialism is that it is present in all forms of government on the entire planet.  The United States even has a presidential candidate who claims to be a socialist by the name of Bernie Sanders of the Democratic party.  At least, he is honest about it.    If the truth be known, all of the candidates are socialists whether they know it or not.  Due to the structure of the "government" everyone who is a willing member of it is a socialist.  Socialists are very stupid and ignorant people who must use force in order to keep their governments in power.

Socialism is strong through weakness
The only reason such an asinine system can stay afloat is if the moral values of a country are degraded.  And through this weakness in society, the socialists take control of almost everything in the daily lives of mankind.  Through the promotion of the use of violence to support the state, these governments are actually promoting socialism.  Most people don't want anything to do with violence and will tolerate almost anything--socialism--in order to stay alive.  Communists, socialists, and fascists know this and they use this fear to their own advantage.  Millions upon millions of people have lost their lives due to the political leaders who promote socialism.  The real system is this: "comply or die."  This is chickenshit.

Socialism is contrary to the natural law
Everyone needs to work and the governments of the world exploit that as they take the "fruit of a man's labor" in the form of income taxes and then use that money for their own agenda.  In the United States, the money collected for the income tax goes to pay the interest on the phony national debt.  Natural law tells us that a man is entitled to the fruit of all of his labor and no man has any authority to take that away from him.  However, this is done through fear and violence against those to speak up against it.   Income tax is the 2nd plank of the Communist Manifesto.   Income tax is chickenshit.

Socialism always runs out of "other peoples' money"
A socialist govtard finds it difficult to earn money on his own, so he must resort to stealing it from other people.  Then, once they get this money, they waste it on useless programs in order to get even more money to waste yet again.  This cycle is absolutely useless to the public and it creates phony debts that can never be paid off.  And the govtards maintain control through the chaos that their own policies create.  This is also chickenshit.

Socialism is modern slavery
The socialist system is one that is never chosen by the public.  The socialist is also a chronic liar.  They make it look like they are helping the common man when the fact is that the common man is being made a slave under the moniker of "freedom."  But the problem is that a socialist has no authority to require another man to be a socialist.  If socialism is so good, then it should be made to be voluntary and those who want to use that system can do it if they wish.  In fact, the govtards say it is "voluntary" except we've all seen what happens if one doesn't volunteer.  Out come the guns to put the people in line.  This is also chickenshit.

Voting for socialists
Whether the candidates realize it or not, they are running for a socialist position in the government.  Some want to lower the income tax, but the problem is that the income tax shouldn't be there in the first place.  In order for a candidate to do a good job, he should advocate in removing all of the planks of the Communist Manifesto from the government.  Of course, if that was actually done, there wouldn't be much of a government left.  That might be a good thing.  But by voting, the man feels as if he has a choice in the matter.  When in fact democracy and voting are the mask on the communist pig.  The candidates say one thing and do another while making the public think they have a say in these socialist schemes.  This is chickenshit.

Religions support socialism
When was the last time you heard a religious leader speak up against communism?  They don't do it because their organizations have a special tax advantage given to them by the government.  They don't want to bite the hand that feeds them.  Many people look up to their religious leaders only to be suckered into accepting socialism.  Just watch how religious leaders interact with the various govtards and you'll get the proper understanding.  Religious leaders provide another form of bait and switch.  This is also chickenshit.

Living socialist
Almost everything we do in life goes to support the chickenshit socialist system.  This is also backed up by the chickenshit legal system which has no real authority to do anything.  Socialism is spawned by Satanic principles and that is why it is so chickenshit; mierda de pollo, merda di pollo, merde de poulet, Hühnerscheiße, and курица дерьмо.  Socialism has been responsible for the deaths of millions of people.  To support socialism is the moral equivalent to advocating the murder and theft of innocent people.  Socialism is not an enlightened political system, but it is a vain and corrupt ideology that puts the state before the natural order of life. To a socialist, the communist state is god. Living socialist is a good example of what not to do.

Posted by Very Dumb Government at 10:36 AM