The Case for Home Schooling 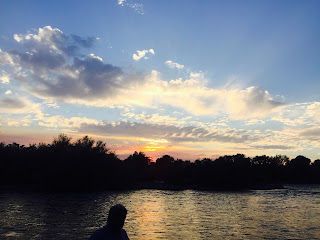 In looking back at my own experience with going to school, I can safely say that sending children to schools today is probably one of the most destructive things a parent can do to their children.  I have provided a link to an extreme example at the bottom of this article.  There are many reasons not to send children to school.  And that school as we know it is not necessary in today's world of computers and the free access to information.  There is nothing that I learned in school that I couldn't have learned some other way.  It is a complete waste of time to sit in classrooms for 12 years and then end up dumber than when the student started.  When someone is feed false information, they become less intelligent; not smarter.

Public schools paid by the state is communist
The idea of a free public education is right out of the 10 planks of the Communist Manifesto.  It's really a no-brainer that this communist idea is intended to promote the communist agenda to the children.  It is the foundation for indoctrinating every child into the acceptance of the STATE, State, or state and to blindly follow allegiance to this state regardless of the morality of it.  And the sad fact is that communism, socialism, fascism, liberalism, progressives, and even "conservatives" all promote the agenda of the state.  The state is the false god of the "new word order" and it is the state that is designed to destroy the minds of those who participate in it.  The state lies, steals, cheats, and misinforms the children and makes their minds dysfunctional by the stupid teachings of the communist system.
Private schools are not much better.  I went to Roman Catholic schools and was feed very bad religious doctrines.  Given the problem of pedophiles in the Catholic church, I see no reason why any parent would want to put their children is such disgusting places.  I think the problem is that the parents are completely delusional when it comes to education.  The purpose of education is to prepare children for life in general; giving them the skills they need in order to work and be productive.  Sadly, a communist system will not accomplish that goal.  A communist school system only will promote the state and its own agenda, with very little for the young people who should be learning marketable skills.  Make no mistake about it, a free public education comes right out of the Communist Manifesto and little children should never be subjected to such bullshit.

Schools are hotbeds for sexual perverts
This reason alone should be enough for parents to think twice in sending their children to school.  In the example in the link I posted below this article is an extreme example of why children should never be allowed to go to school.  They have become over-sexualized by the regular media and even their genders are coming into question which insults God and the natural law.  A queer has nothing to teach anyone and they are completely useless to themselves and others. I highly encourage that the reader reads the link and he'll see just how idiotic it would be to send children to schools.  And it is my opinion, that all public schools are just as bad in their own way because the underlying foundation of them is communist.  Communism is a complete perversion of the natural law which God created.  Communists use sexual perversion to weaken the family and to ruin the moral compass of the children.  Weakened families and destroyed children are easier to manage.

Subject matter of classes
Most of the time spent in school is wasted time because the subject matter is not geared to help a child become truly educated.  And under a communist system, that makes sense.  Under a communist system, children will become indoctrinated to become completely amoral, and this is a very bad environment for anyone; let alone children.  Young people need to master the language and their math so that they have the necessary skills to be able to work.  There was little to nothing learned at school that was relevant to what I needed to know for getting a job or being productive as a worker.
All of those skills were learned on the job and not in any school.  Schools are mostly mental and moral retardation centers and they are not places to send children to be "educated."  No one is doing their children any good by sending them to school.

Destroying the family is the intent of socialists
When it comes to the rearing of children, it is the parents who should have complete authority operating within the natural order.  In our society, we need to have parents who stay at home with the children to prepare them for the real world.  They need to learn how to make money and to lead productive lives, and they learn little to none of that sitting on their butts listening to some psycho-liberal teacher.  Socialists have nothing to teach anyone with the exception of showing people what not to do with their lives.  It is my opinion that the public school system should be shut down because it is controlled by the government, which in turn, weakens the population of the nation by their idiotic teachings.  Just look at how many people actually believe in evolution which is a theory with no facts to support it.  All of the time spent in science classes is completely wasted because of a theory that cannot possibly support any facts in biology, physiology, or any other of the "ologies" that claim to be science.  In today's world of education, much of the science is complete poppycock and it doesn't serve any purpose.

Conclusion
The only way to avoid the government schools is to homeschool the children.  Then, when they are old enough, they can start choosing their education based upon their own interests and not the interests of the communist-socialist state.  Children need to learn skills that will help them to make money so that they can be productive people with happy families.  This is extremely difficult when dealing with corrupted schools with little to no morals.