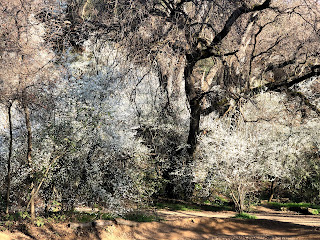 The main story today is the fact that Kim Davis, a Kentucky county clerk was kidnaped by the United States Brown Shirt Service(Marshal).  Her horrible crime was to refuse to issue a marriage license to a couple of rump rangers(fags).  Her along with four other clerks were held in contempt of court.  Having been in this position (contempt of court) a few times myself, it should be a good lesson for these people in understanding what is really going on here.

Christians should never swear oaths
These clerks claim to be Christians, yet they swore oaths of allegiance when they took public office.  It is written in the gospel of Matthew 5:33-37 and in James 5:12 never to swear no oaths.
Since they were public officials under oath, the federal judge had jurisdiction over them and had the clerks arrested.  Had they not been under oath, the judge couldn't make anyone do something that is repugnant to their spiritual and moral beliefs.  I'm sure this may be an inadvertent error on their part because many so-called Christian organizations give all kinds of stupid teachings that contradict the clear meaning of the gospels. Judge Bunning said: "Her good-faith belief is simply not a viable defense," said Bunning, who said he also has deeply held religious beliefs. "Oaths mean things."  Her offense was not fulfilling her oath of office and not so much by not issuing a license to a couple of queers.
It would be a profound statement if Christian govtards quit their jobs all at once.

No moral component
I've heard from a federal judge Larry Burns state to a potential juror in open court in Idaho that "there is no moral component to this."  He was referring to the court process as the juror because carrying a Bible with her.  The govtards do not operate on morals because they don't have any and this is the kind of trouble other Christians are going to have as this homosexual nonsense works its way through the courts and society.  In the case of Mrs. Davis, she was put in jail not so much as she refused to issue the marriage license, but because she violated her oath to enforce the laws of the STATE, State, and state.
Obviously, the best thing for her to do is to quit the job and to never swear any oaths again.  Unfortunately, this is a difficult lesson to learn as she probably has never been to jail previously.  Again, Christians or anyone else for that matter should never be swearing oaths.  Swearing oaths opens the door to a lot of evil.  Most religions support the oath, but the reality of it is that the natural order established by God doesn't allow for oath-taking.  No Christian should ever work for the state under any oath.  Oath-taking violates the commandment to not take the Lord's name in vain.

The state wants to be God
This is why the government is so insane and evil.  Since these various governments are founded upon oath taking, that in and of itself is Satanic.  It always produces bad results.  And the level of evil, wars, and murder is extremely high due to the automation and technology of war.  Satan is the god of war.  Only God himself has the power and authority to swear any oaths; no man has that because he is not capable of knowing the future, nor does he have the proper facts to ensure his oath is true.  I don't know of any Christian church that teaches this doctrine correctly.

Conclusion
Mrs. Davis should still be commended for her stance against issuing gay marriage licenses.  She stood on her moral principles but the pressure may be too much for her.  We'll see how it goes tomorrow. Her jailhouse photo should be a badge of honor because she stood her ground against the federal govtards. But the major legal problem she has is the oath due to her being a county clerk. The constitution is not "the supreme law of the land," but rather God's natural law is the real supreme law of the land.  Oath-taking is Satanic and that's all the reason not to do it.  Mrs. Kim Davis is in contempt of Satan; which is the proper standing.
I've written about oath-taking on this blog many times and I'll post a few of them at the bottom.

Related:
Understanding Jurisdiction
Swear Not at All
Swear an Oath; Tell a Lie
All Bad Things Flow from an Oath of a Man
Stop Swearing Oaths