Questions On Judaism and Christianity 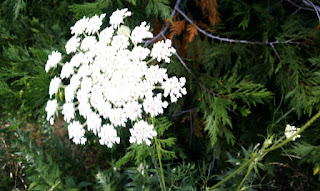 In an article on Henry Makow's site called: Why are Christians So Naive about Judaism? The writer asks the question because he understands Judaism as a Satanic cult and that Christians readily accept Jews and Israel without properly questioning the relationship. He asks at the end of this article the following questions:


Biblical reasons
Scriptural Christians, those who study the Bible seriously, understand that the Old Testament was looking forward to the Messiah, and Christians believe that the Messiah was Jesus Christ.  Judaism lays the foundation for the Christian faith.  The Bible teaches that the Messiah will be God himself in the flesh, and the Christians believe that Jesus Christ was indeed God in the flesh.  Christians will point to the resurrection of Christ as evidence that he was God.  Obviously, the connection is strong as it is profound.  What most Christians do not understand is that Judaism is a Satanic belief centered around the Cabala and the Talmud.  I didn't know this either until a few years ago.  My problem with Christianity has always been the inconsistency in teachings and doctrine.  They are all over the place and this leads to chaos within the "church."  I have read a few pages of the Talmud and it is the most disgusting thing I've ever read.  In any case, this is the main reason Christians and Judaism seem to be intertwined while looking opposed to each other.  Most Christians think of Jews in the Old Testament context and not the Talmud or Cabala.

Christians have been brain-raped by religious people
I grew up as a Roman Catholic and then moved on to other "Christian" churches looking for an organization that actually followed the Bible.  I could not find one.  And after 25 plus years I forgot about it because I figured there was a reason and I simply didn't know what was wrong.  I knew something was wrong, but I didn't know what it was or how to deal with it.  I still believe in God but I question the veracity of all religions as they have proven themselves to be failures when it comes to establishing a moral society.  If you look at the TV evangelists, you can see that it would be difficult to buy a used car from them, yet, people flock to them because they love to hear their lies.  They will tell the people, "all you have to do is to believe in Jesus..."  But what they don't teach is how to keep the commandments.  They don't teach the reasons why the commandments are important.  Some of these nut cases will say that the commandments have been suspended.  These kinds of stupid teachings will always result in a dysfunctional society.  My position now has been to drop all the trappings of religion and revert back to the natural law as I can understand it.  I find religions too dangerous and could very well trap me into idolatry.  In the gospels, Christ taught people to follow the commandments, yet the churches do not teach them properly, and they twist the teaching by stating that Christ brought in a new dispensation.  This is why I don't read religious writings any longer, I just don't know what I am putting into my mind.

If Judaism is a Satanic cult, then what does that make Christianity?
I think a lot of Christians ask this question to themselves.  If the Jews really wanted to screw up the goyim, they could have simply made up a religion like Christianity and then push it on the people and use it as a type of mental drug to suppress the masses.  In order to maintain control, they would simply destroy the minds of the goyim and I believe this is a possibility.  Christianity is deeply tied to Judaism so perhaps the rotten fruit doesn't fall far from the rotten tree.  Does anyone have any facts that Jesus Christ ever existed?  No.  It is based completely upon faith, but a faith has to be based upon reality.  Can I prove that Jesus Christ never existed?  No.  However, in worshiping Jesus Christ as God--if it isn't true--puts a man or women into idolatry.  I could see where the Talmudic Jew would enjoy doing this to unsuspecting people.  I have no problem with the idea of Jesus Christ, as longs as it is true.

Inconsistent writings
Christians are inculcated with voluminous writings which may or may not be true.  I can accept whatever God intended, but since I can't ask him directly, I have to use my own brain to figure out how I should act.  I don't need a book to tell me that I shouldn't kill anyone.  I don't need a book to know it is wrong to lie or steal.  And if I break these natural laws the conscience imposes its discipline upon me.  I know this works because I can see it in my daily life.  Christians, by using writings, are subjecting themselves to a lot of nonsense and they are opening themselves up to having their minds twisted.  Just look at all of the various Bible versions.  All of them cannot be the word of God because with each bible version there is a clear degeneration of Christian doctrine.  Again, look at the bad fruit.  Again, is there any reason that people would receive a clean set of scriptures from the Roman Empire of Constantine?  I don't think so.

Not from God
Any group of people or any organization that advocates communism, fascism, or socialism is not from God because communism breaks the commandments and violates the natural order that God created.  Israel and the United States are both communist countries because they have implemented the 10 Planks of the Communist Manifesto into their government organizations.  You can't argue this; it is a fact.  Thus, it is absurd for Christians to support Israel when its government structure is essentially communist.  Democracy is a joke.  People didn't vote for their own slavery.  Democracy is the lipstick on the communist pig.

Conclusion
In answering the above questions, the Christians have been taught from an early age to support the Jews and Israel and they hear it every time they go to church; over and over and over.  They are like little children thinking Santa Claus is coming down the chimney.  I have no problem with Jesus Christ if the teaching is true; but, I would have a major problem if it is false.   Religions and government are the most destructive forces on the planet, and, I think it is better to avoid both of them. Religion has had at least 6000years to show its value; just look at the results.  God isn't that stupid.

Related:
Lipstick on the Communist Pig
Government and Religion are Obsolete

Posted by Very Dumb Government at 9:33 AM