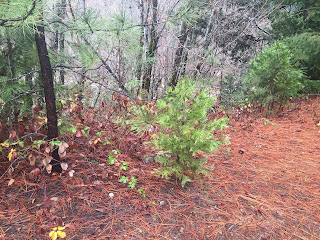 There has been a movement in California to allow doctor-assisted suicide.  However, the big problem with this is that it would violate the commandment and the natural law not to take a man or woman's life by murder.  Suicide is murder and this line should never  be crossed.  In the effort to establish the STATE, State, or state onto the throne of godhood, the California legislature in the assembly has approved a bill to allow for doctor-assisted suicide.

Life is precious
No matter what circumstances a man may find himself in, there is always somebody somewhere with something worse.  Bad physical health is always difficult, but it can always be managed.  I see a lot of people with conditions that I myself find horrific, but they continue to live their lives the best they can.  But the main reason not to do the suicide is because it greatly offends the God who created us.  Suicide is never a way to deal with a problem.

Mandatory suicide
Doctor-assisted suicide opens the door to many other evil possibilities.  Given the rotten state of affairs in the medical field; and the fact that medical insurance has been taken over by the government, I can see a time when the government itself will issue a mandatory doctor-assisted suicide.  If someone is so sick that they can't function without a caregiver, then the time may come when these people will be given the Jim Jones Kool-Aid.  It's cheaper than allowing them to have the medical care.

Anti-Depressants
With the use of anti-depressants, there will be a lot of people with suicidal tendencies that never had them.  Some people complain that they don't feel like themselves after taking anti-depressants.  And we can see how taking the anti-depressants are going to create another market for suicide pills.  The nonsense doesn't stop.  I could probably make up all kinds of rotten scenarios, but most people are missing the point.

Murder and suicide are immoral
If if these two things are immoral it means that they break God's commandment regarding killing and murder.  The government is supporting immorality.  There is no morality in government and they don't have the authority to authorize a system of murder.  Handing out suicide pills or assisting in a man's suicide is just as much as an abomination as if murdered by another man.  And there seems to be no end to the perversion of society which is called government.  This is why I call them govtards, because they are morally and intellectually retarded.  This kind of retardation comes from the public and private school systems by the constant inculcation of communist-style indoctrination.  Death and hell are the by-products of communism-socialism-fascism which is based upon the principles of Satan.

Too much emphasis on death
There is too much attention paid to death when people should be learning how to live a prosperous life.  It doesn't make any sense for people to continually focus on death.  All of us have spent too much time on things that are evil and depressing, instead of enjoying the life that God gave us and abiding in the natural order.

Suicide violates God's law
The proper way to handle everything is to judge something based upon the commandments which compliment the natural law.  When a man does this, there is no room for error.  The correct decision is made and the results will always better than making the wrong choices.  We don't need a book to understand this because through right reason and common sense, we can always make our choices beneficial to our own lives.  Suicide may become legal, but it will never be lawful and there's a big difference between the two.  The immoral government may be legal, but violating the commandments and the natural law is unlawful.

Walter Allen Thompson
Posted by Very Dumb Government at 11:32 AM