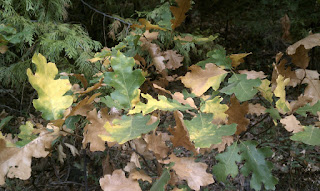 Marriage is an agreement between a man and a woman.  It occurs in the natural order of life.  However, in today's world, people are taught to go to the county recorder or clerk and get a marriage license.  If a marriage between a man and a woman is within God's natural order, where did the STATE, State, or state get their authority to issue a marriage license?  My answer to that is that it doesn't have any authority and it is just another way to pull money out of the public at large.  It is also an attempt to play God and have more control over the "animals."
The state has no authority other than what might occur within the natural laws.  The state may intervene when a murder occurs, but then any man or woman can do that with just as much authority.
I also have a theory about this and it is a bit weird but I think I'm correct.  Under the United States code, people are considered to be animals.  No, I'm not making this up, I've known this for years.
I first learned of this from Al Adask many years ago and at the time I thought it was a bit amusing.
(You can read his article on it here.)  Given the fact that the United States Code defines men, women, and children as "animals" it started to make sense to my as to why children were taught about evolution.  Obviously, it was to make everyone think they are just animals.  The state controls the "animals."
In the case of marriage licenses, animals can't get married and so it is my opinion that the reason for the marriage license is that it is special permission to do something that one normally cannot do.  With the blessing of the STATE, State, or state via a license, two animals can now get married.  The animals are called humans.  (Humans are described as "bipedal primate mammals.")  There is no such thing as humans.  Men, women, and children are not descendants of monkeys.  A human being means a man, woman, or child that is a  derivative of a monkey.  And in the Talmudic-Jewish-Freemasonic culture, the goyim and non-masonic Jews are considered animals.  Other types of Jews are not protected from these creeps.  So this idea of  mankind being an animal may go back thousands of years and the idea is Satanic in nature.
I could delve into this more but the material is too twisted and it would take a lot of time to describe it.  But the main point is that the United States Code considers men, women, and children to be animals.  And this is the whole point of the persecution of people who object to this crap on moral grounds.
I have watched others ask the question to a judge: "What facts to you have that your laws apply to me?"  They never answer the question.  And in my opinion, the reason is that they really don't have any authority other than what I described earlier in this article.  Their authority is the monopoly the state has on violence.
Men and women do not need the authority from the STATE, State, or state to that which is natural under God's order.  It seems to be much easier for the couple to declare their marriage under their own authority.  They are the ones making an important life decision.  You don't need any formal wedding because once the declaration of marriage is made between the two people, the marriage is valid under the eyes of God.  Making empty vows "until death do we part" is ludicrous and is a form of oath-taking which should not be done because it is a form of taking the Lord's name in vain.  Taking wedding vows may be the reason why marriages are so difficult to keep together because they are starting off on the wrong foot.  Nothing good comes from oath-taking.
I'm thinking of the lady who is keeping the marriage licenses from the queers in Kentucky.  People don't need a marriage license in the first place.  Certainly, society, in general, will never recognize marriages between people of the same gender.  It is ludicrous to even think any marriage like this is valid.  It is insulting to God and the natural order which he created.
No one has any obligation to the state or anyone else to perform that which is immoral or breaks the commandments of God and the natural order.  This is a man's safe zone; good moral behavior always gets better results.  Any time a man or woman has to deal with the state or any religion, the best way to do that is to avoid them when possible and keep the higher standard of morality in mind at all times.
This may be a good way for people to keep the state away from their marriages and personal affairs.  Since a man or a woman is not an animal, the state cannot take legal jurisdiction.   This is something to think about when going into a courtroom.  The clerk of any county doesn't have any authority over real marriages under the authority of God.  But the clerk may issue licenses to animals to marry.  Might be fun to bring in a couple of dogs to get a marriage license as they are indeed animals.

Related:
Man and Other Animals
I'm Not Human
Swear an Oath; Tell a Lie

Walter Allen Thompson is the author of The Grace of Repentance: Keeping God's Commandments
Posted by Very Dumb Government at 12:18 PM