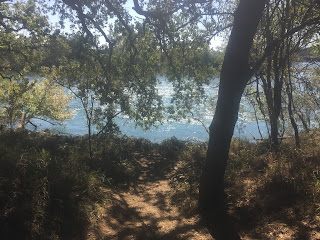 One think that has always worked to my advantage is that I was always the type of person who asked questions in order to gather enough information on a subject.  Ever since I was a little kid, I was always like that and I haven't changed over my 68 years.  I will always look at anything with an inquiring mind and I think that's the way it should be.  Appearances may be deceiving, and I don't want to keep making mistakes because I'm too lazy to become educated.  And every time I became a slacker in asking the right questions, I can see that certain decisions I made based upon inaccurate information were the wrong decision.
What I'm noticing in young people today is their inclination to just let anything go because they are too lazy to get the information.  I don't think they really want to know.  I tell them things that are for their own good and they laugh me off as if I'm some kind of nut case.

Planned Ignorance
Children tend to believe other people rather than their parents.  For some reason, they'll believe some jerk in a black robe than their own mothers and fathers.  They'll go along with the common immorality even though they were warned about it.  This can be extremely frustrating for a parent and it becomes obvious when the children go to school and learn a bunch of crap that can't possibly do them any good.  But this is how the new world order freaks want it.  They want to break down the family at so many levels.  And the intention is to deliberately make the children intellectually and morally dysfunctional.  Children are now subjected to a sexual creep show in the media that would be unheard of when I grew up.  The intent is to completely compromise the family.

Arrogant in their stupidity
What is so troubling is how they can become arrogant in their own idiocy.  They accept the most ridiculous conclusions from their brain-dead teachers and they think it is fact.  And the evil ones will always use this type of deception because it works.  Lying works for evil people because it creates chaos in the mind.  The young people think they are smarter than every one else and that they "know everything," when in fact they don't know shit.  In fact, most stupid people are arrogant.  The arrogance puts on a mask to cover-up their stupidity and laziness.  Most people don't want to take the time to learn the necessary lessons of life.  Their arrogance is just another way to make an excuse for their lack of inquiry into a matter.  If I take the time to learn something and then try to share the information with them, they don't seem to care and they keep doing the same stupid things.  But I'm the bad guy for pointing it out.
Trying to reason with a govtard is like trying to reason with a toddler.  They seem to have lost their ability to judge right from wrong.  So, if the govtards demonstrate this lack of character, then the young people will follow suit.  And they do this because they are too lazy to learn.

Stupid has its own bad results
There's no question that young people need to ask more questions and do more listening.  Since it is their lives that are at stake, it is important for them to get the truthful information in order to make an intelligent decision.  Young people don't know everything although they'll tell you garbage that they learn in school as the truth.  Young people need to understand that the whole system is geared to make mindless slaves out of them, and to destroy their lives with false information.  This problem is insidious and the only way to avoid the effects of it is to always ask questions.  Once the truth is found it is important to then use it.  Truth is not only to be admired, but it is there to use in a practical way for the betterment of everyday life.  Children need to listen and seek wisdom and not the idiocy of common knowledge that isn't true.


Posted by Very Dumb Government at 9:33 AM