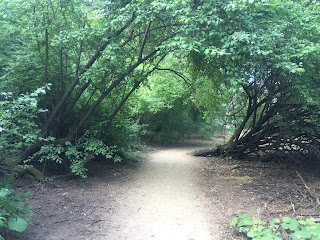 Updated 05/18/16
(I have to admire Target Stores for implementing the perfect suicidal marketing scheme by promoting transgender occupation of the restrooms.  This is fantastic stuff here.  At the beginning of this controversy, Target's stock price was around $81 per share and today it is at $67.96  One of the main principles of suicidal marketing is to piss off your customers, and Target Stores has done a masterful job of doing just that.  How low will it go?  Who knows?  My guess is that it will probably go to around $30.00 to $40.00 per share, but that's just a guess.  I feel bad for the people who work there.  It really is too bad that the management continues to be such idiots.  Evil people have no shame.)

Updated: 05/14/16
(At this writing, the petition to boycott Target Stores is up to 1,233,072  Their stock price is at $73.88  Again, I know I am repeating myself, but it is very important to any business not to piss off their customers.  As a sales rep for most of my life, I found it very difficult to get a customer back once I've lost one.  It didn't happen to me very much, but when it did, it really hurt.  Target takes the cake on Suicidal Marketing with their stupid "transgender" position.)

Updated 04/28/16
(I have checked the petition today and the total petitions signed at this writing is now showing 982,993 and it is still going strong.  I believe in a few more days it is going to go over a million.  But the big thing that I see that the Target stock is now starting to tank.  Stock price a few days ago was around $82.58 and now it heading downward to $81.22 as of this writing.  While this stock pricing is not conclusive, my guess is that it is going to tank due to the lack of sales now and into the foreseeable future.  A company must maintain its good name in order to continually be successful.  If I was a Target employee, I'd be looking around for another job.  I don't think Target can recover from this public relations fiasco.  Agan, as I have said on this blog, boycotts work because they punish the evil doer with a strangle hold on the money.  I feel bad for the workers who have to work under a bunch of idiot management at Target.)
Updated: 04/26/16

( I had written this post just a few days ago and already Target has over 700,000 people and families boycotting it's stores.  I think this is going to have a profound effect on their sales.  I think the Target management on store policy have done the best job in Suicidal Marketing that I've ever seen.  They may outperform J.C. Penney's stock price catastrophe.  However, their stock prices are still holding up.  I expect that they will start to tumble shortly.)

In another example of suicidal marketing, we can see the idiocy of the pandering to the LGBT transgender types who are nothing more than stupid idiots who are drinking the Kool-Aid of alternative sexual lifestyles.  Just as the Jim Jones "believers" drank the poisoned drink, Target Stores has now allowed transgender types to choose their own restrooms in their stores.  This social idiocy can be read directly from Target Stores here.
Homosexuality and transgender people are extremely immature and they really don't have any place in society.  They have destroyed their own lives by taking the natural use of sex and putting it into an unnatural context.  Promiscuous sex always gets bad results; even fornication.  However, it is a definite agenda to the new world disorder freaks who are doing everything wrong.

Boycotts are effective
Rather than complain about this company policy, people should simply boycott the Target Stores.  An economic boycott is the most effective and nonviolent way of making a protest.   After reading their policies, I wouldn't want to touch a bathroom door handle in one of these stores.  This company's stock at this writing 04/23/16 is at $82.33  Assuming that Target gets the same type of results as J.C. Penney, I expect that the company's stock should be in the low 30s within a year.  This will result in a massive loss of money and jobs.

Men and Women are born one or the other
This natural law cannot be disputed.  No man or woman can change their own genders.  This idea is as stupid as it gets.  And the results of transgenderism is there for people to see.  I'd rather not look at it because it is completely disgusting.  People are being brainwashed by the evil one into thinking that they have a say in which gender they choose.  This is just another attempt of people who think that they have the power of God when they do not.  These are God wannabes, but the facts show they will never be God.  The stupidity continues and they push their perversions on other people by attempting the change the morals of the general public.

Suicidal Marketing 3.0
The first and primary principle of suicidal marketing is to piss off your existing customer base.  One of the largest groups I've seen so far on the internet AFA is showing 317,000 plus who have signed pledges not to shop at Target until it reverses the stupid bathroom policy.  This is a huge number for just a few days.  And I expect this company's stock will tank.  Might be a good one to short sell.
My theory is that this company will double down on their own idiocy and perhaps their stock will tank further.  J.C. Penney has never recovered from their Ellen DeGeneres fiasco.  While J. C. Penney blames their losses on Ron Johnson, the facts show that it was the introduction of Ellen Degeneres, openly lesbian, which started J.C. Penney's spiral down into financial hell.  The stock went from $36.00 to $6.00 and it is currently at around $9.00 per share.  J.C. Penney's is another example of a suicidal marketing program by promoting or pandering to the homosexual and the transgender nonsense.
Target has taken the homosexual and transgender down to its lowest level.  By attempting to satisfy a minuscule minority of their customer base, the company has destroyed its brand and now the downslide of their stock will begin.  This is completely irresponsible to the customers and the employees of Target.  If I worked for a company that is this stupid, I'd be looking for another opportunity.  Maybe I should have called this article Titanic Marketing.

Posted by Very Dumb Government at 10:00 AM