Fornication and the Natural Law 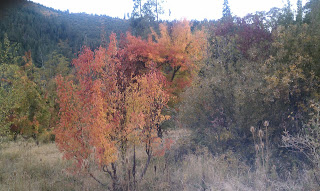 It has been long established by many religions that fornicating (sex outside of marriage) is against most religious values.  This has been the teaching for over thousands of years and it is a correct teaching.  However, in modern times, churches have lost their credibility to the point that they no longers serve any useful purpose.  Some people may want to make a correct judgment using the natural law which never lies.  Morality can be determined by using the natural law, thus circumventing religions which are very dangerous to truthful teachings.  The truth is the ultimate goal of people who need to know which way to turn on a moral issue.  Anytime any of us begins to operate outside of the natural world order, we then bring trouble to ourselves and anyone who encounters our mistakes.  Since fornication is a big problem with society, I want to cover some of the observations I would use to make a decision for or against fornication.

Fornication has the strongest temptation
Because of the latent desire for men and women to reproduce, the sexual urge is always present.  It used to be that parents would select the mates for their children, but that isn't done much in today's world.  Young people are left to dating and that's where the trouble starts.  Evil always preys on weakness and everyone is subject to it if left unattended.  The urge to reproduce seems to take on its own course, and the over-sexualization of young people through the various media is a recipe for disaster.  Most relationships between men and women are destroyed because of fornication.  The reason is that the act itself is evil and it will always produce bad results.

Why is fornication evil?
The reason it is evil is because unlike animals, men and women need the proper context for their sexual relations.  They both need the love and commitment to each other in order to have a happy life.  This love and commitment in a marriage will build the proper foundation for raising their children.  Since sex is the natural way to have children it makes sense that the sexual partners are husband and wife.  The husband and wife may have children and they need their proper relationship as the foundation for the lives of their offspring.  No one needs any books to understand this.  And, if one simply observes the bad results that others get through fornication, anyone can see that those results are bad.   Fornication and adultery will destroy the family unit because most men and women don't like sharing their husbands and wives.  I realize that there are a lot of perverts who like wife-swapping, but most people don't like it.  They know this is wrong and it can devastate the security of the family unit.  Again, anything that upsets the natural order never gets good results and this is why fornication is the biggest threat to the stability of the family.
Fornication may also produce more abortions as couples may have a child that they do not want.  The fornication will then instigate the murder of the unborn by abortion.  So, again, the evil deed of
fornication will also produce this bad result.

It ruins relationships
Having sex is very intimate and personal and it only belongs within the context of marriage.  There has to be the emotional support within a marriage between the man and the woman.  The fornication will compromise the emotional support because there isn't a lot of trust between the two people who are doing the fornicating. Fornication also destroys the dignity of the man and the woman.  There is a latent knowledge of each person that fornication is evil.  Yet, because of the sexual urge, the temptation is always there.  This is why I believe that young people should be married at an earlier age and they should be preparing themselves for careers that will support a family, instead of wasting time in the current school system.  Regardless of age, people should learn to refrain from sex until they are married; knowing that fornication will always get the bad results.

Natural law is what it is
While it is natural to have sexual urges, it is also natural to expect that children will be a product of that sexual activity.  Children cannot be left alone on their own; they need the mother and the father which is the best configuration of a family.  This is a natural law and it cannot be refuted.  The method that has worked for thousands of years is to have a proper marriage under the natural law.  People don't need a license or a big ceremony to be married.  They can simply declare themselves to be husband and wife and then carry on from there if they wish.  The natural law doesn't state what kind of requirements are necessary in order to be married.  As long as the marriage is done, it doesn't really matter what form it takes.

Natural law is easier to use
I have been a proponent for the use of natural law for a few years now and I can see the results.  I don't have to worry about reading the wrong book or believing in any lies from the various writings.  All I have to do is to observe the obvious and then plan my actions according to the natural law which cannot be disputed.  Now, there may be some areas that I don't quite understand but I know the answer is there somewhere, so I just wait for the understanding.  Fornication sets the wrong priorities.  Sex becomes the end result such as a recreational sport.  Whereas, sex within the context of marriage is fit and proper with the expectation of having children.
Using the natural law requires the ability to think a few steps ahead of one's actions.  This can be difficult for some people as they are always using what other people think.  With the media being so corrupted and under Satanic influences, I can see why we have so many problems with this issue.  Learning how to think is extremely important, but if a person can do it, then it is much easier to make the correct choices.  All we have to do is to logically think about the different choices and extend the logical outcomes according to the natural law without being influenced by common knowledge or opinions.

Related:
Fornication is Destruction of the Soul
It Starts with Fornication
Working with The Natural Law: Part Five


Walter Allen Thompson has a new book called Natural Law: The True Supreme Law of the Land
Posted by Very Dumb Government at 11:54 AM