Religion is the Mask of the Devil 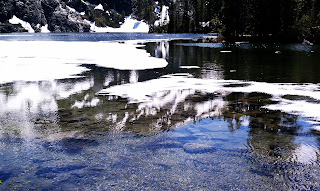 For thousands of years, one of the easiest ways to cover up the face of evil is to put a mask on it.  In the case of religion, the mask is the church, temple, or synagogue of any religion.  The evil always works hard to deceive people into thinking something is good when it is not.  And it doesn't matter which religion is evil as I believe they are all flawed and they are unusable.  While they claim to be righteous, they actually teach the opposite in a very back-handed way.  A lot of people in the United States are freaking out over the problems with Islam but they neglect to point to the rotten "Christian" churches who inflict even more damage than the Muslims.  The Jews, God's alleged chosen people, have inflicted the world with communism as the authors of the Communist Manifesto were two Talmudic Jews.  Most Christians are in support of Israel that has a very bad track record for the rights of men, women, and children of Palestine.

The good covers the evil
Most of my experience with religion has been as a "Christian" and when I used to go to church, I was appalled by the conduct and hypocrisy of its members.  The most distressing thing for me was the contradictions of church doctrine and Biblical doctrine.  I hadn't found one "Christian" church that had consistent doctrines matching the Bible.  The idiocy that I had experienced in these churches was completely mindboggling.  When I think back on my participation, I really am embarrassed by it because all of it was nonsense.  I could write numerous books on the nonsense of these churches, but it is more believable if the reader takes the time to read the Biblical doctrines and then match them up with whatever church he is attending.
I consider going to religious meetings similar to the act of pouring gasoline on oneself and then lighting it on fire.  The lies of the religious teachers are too numerous to list here but there are some ways to avoid getting screwed that I've listed throughout this blog.  But it is the good covering for the evil that makes some of the evil difficult to detect.  But if one is patient, he can see the evil for what it is if he knows where to look.  Evil people will disclose who they are as a warning.

They don't wear black robes and costumes for nothing
Most of these religious teachers wear black robes which represent evil and in some cases mourning.  And when I see religious leaders, many of them wear black robes and they will have red trim.  In fact, it appears that black and red are the colors for the Devil.  But any religious costume gives the observer the sense that his person is holy and represents God when the facts will show that they are evil.  The mask of the costumes make people think one thing and not notice the evil.  However, to the wise observer, he can use this as a warning that whoever is wearing the garb of a religious person is most likely an evil man and he should be avoided.  Remember, the costume is intended to impress upon the unsuspecting that he has the authority of God when he does not.  Anytime any of us encounters anyone wearing clothing like this should be aware that the religious clothing is the mask of the Devil.  Most religious leaders do this in one form or another.  But once people start realizing that costumes are just a mask, then they can avoid these people as if they were two-bit whores with leprosy and AIDS.

Another type of mask is the lie they are about to tell
Obviously, the lie is a type of physical mask.  It operates in the same way.  The lie will distort the truth and deceive the observer.  The best way to find out if they are lying is if there are contradictions in practice and doctrine.  The "Christians" are the most prolific with delusional nonsense.  If you pick any denomination, the Christians make the Muslims look tame.  Granted, Christians don't tie bombs on themselves, but they essentially do the same thing in a spiritual sense.  Idolatry is a great sin against the God who created us, and it seems that the intent of religion is to lure the unsuspecting into the vile practice of idolatry.  Again, this is the mask of the Devil at work.

Atheists associate God with religion
It is my opinion, that atheists associate God with religion.  I don't do that anymore.  In my view, God is one thing and religion is another.  I don't think atheists have thought through their atheism.
I think it is impossible to look at the beauty and the complexity of nature, and actually think that it just came out of nowhere to exist from random events.  It is obvious to anyone that the creation had to have an intelligent design.  Therefore, it is reasonable to think that religion is used by the Devil to discourage people into thinking that there is no God.  Any honest man, thinking rationally, would eventually come to the conclusion that religion would be the last place to look for the wisdom of God.  God is not disorganized, confused, nor is he a liar.  God doesn't strap bombs to himself, saying:"Allahu Akbar!" God doesn't kill, he gives life to everyone.  God doesn't lie and distort the truth.  The truth is always available for those people who wish to discover it.  It is my opinion that atheists don't believe in God for the reason that they don't like religion.  I believe that most atheists abhor religion while still believing in God.  This is why I like using the natural law as my guide and standard for morality and behavior.  This way, I won't get confused between religious doctrines.  I simply observe the natural order and try to operate within those boundaries.  It's easy, and it's not confused by religion.

The main religious culprits
The main religious culprits are the Abrahamic religions: Judaism, Christianity, Muslims, and Hindu.  These are the religions that infect the public with assorted doctrines of nonsense.  These religions are loaded with Freemasons and they work to destroy mankind under the appearance of being godly.,  All of these religions engage in oath-taking which is a common practice among all false religions.  Since these religions are based upon the doctrines of Satan, oath-taking would be one of the strongest conduits connecting the man to evil.  These are organizations where a person would be crazy to allow their children to be influenced by them.  Oath-taking is taking the Lord's name in vain and anyone who does it is a part of a Satanic religious ritual.  The whole legal system is founded upon oath-taking which should tell the reader that something isn't right.  Muslims, Jews, and Hindus get screwed by their religious leaders by the same method.  Remember, Satanists swear oaths.  Oath-taking is evil and I'll leave some related links about it at the bottom of this article.

Remember the purpose of the mask
The mask can come in many forms, however, its primary purpose is to deceive and to lie.  The mask is a lie.  It gives the false impression of authority when it has none.  People who wear them have their personalities changed when they put on the mask of a uniform.  The only authority anyone has would be the infliction of violence upon anyone who would disagree with those wearing the mask.  People seem to be mesmerized by the mask and it is the primary tool of deceit along with the lies.

Posted by Very Dumb Government at 10:42 AM