Lying: In Your Face 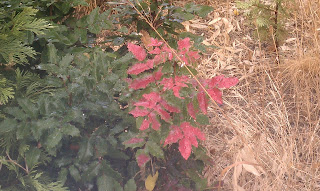 The most important tool of a Satanist is the lie.  The ways lies are used to deceive people is almost limitless.  Lies can be difficult to defend against because they can be mixed with the truth.  But lies mixed with truth are still lies.  The truth is present in order to give the lie some credibility.  The media, along with the government and the various religions combine to tell the grand lie and they do it right in front of our faces.  After studying the bible for over 25 years, I have come to believe that all of the religions contain lies but they are covered with enough of the truth to look reasonable.  That of course, would make all religions Satanic.  No religion can be valid if it doesn't reflect the will of the God who created everything; and none of them do.  They do not have any proof that God said anything.  However, the testimony of the natural order gives us enough evidence of the existence of God and that there is a natural moral order that comes with the creation.  Here are some of the things I used in order make intelligent and truthful decisions.

The truth is always consistent
The truth is always the state of the case.  It is the fact based on evidence that cannot be refuted.  In order to control other people, the liar uses fallacies in order to get the results that he wants.  All of the religions that I have studied say one thing, but then they change it around to suit their own purposes.  This never sat well with me as I used to think of religion as something that could help me achieve a higher moral standard for myself.  I looked to religion to help me improve myself.  But the problem I had was that the Bible would say one thing and the church would teach something completely different.  It would take numerous lifetimes to document all of the nonsense of religions.  However, I noticed that regardless of race or nationality, everyone is subject to the same natural conditions and so it seemed to follow that all religions are in conflict with each other and they don't seem to conform to the natural order.  The main reason is that they lie.  And they keep repeating the lie over and over again until the lie becomes the truth in the mind of the one who hears it.  If a religious leader is speaking or writing, I assume that they are lying until I can prove otherwise.  I do this the same way with the government officials.

Idolatry
Worshiping a false god is a spiritual devastation.  There is really no purpose in it yet the religions do it openly on a daily basis.  The religion will tell a lie by saying something is God or that "God said it" or "it's the word of God".  The effect of this is to get people to worship the wrong God.  There's really no point in worshiping a god that doesn't exist.  In my view, based upon my observation of the natural order, there can only be one god.  I may not understand everything about the God who created us but I do understand that there can be only one.  I don't claim to know it all but the religions don't seem to have the answers because they deliberately lie about their own doctrines.

Detecting the liars
The liars are the ones who teach inconsistencies.  For instance, the governments will tell the people that they are free but then impose the satanic communist system upon people.  In fact, most of the Satanic Communist Manifesto is within most of the governments of the world.  They say they are for the "people" but then give the public at large the shaft.  The religious leaders do the same thing.  They say that something is "the word of God" and then teach something completely different.   These are the inconsistencies that should stand out to anyone who wants to take the time to get to the truth.
Hypocrisy is also a form of lying and it is important for all of us to remain consistent with the natural moral order.  Saying one thing and doing another is a problem that most of us have and we should be diligent to make sure our behavior conform within the limits that God set forth.  There are no limits to the hypocrisy of the government and the religious leaders, however, it is important to recognize it and then take note of it.  Do not allow yourself to be influenced by these people.  What may happen is that you end up picking up their bad habits.  If they are truly sincere, then they will always behave in a seemly manner in conformance to the natural law.  So  then the quality of a man or woman depends on upon the quality of their behavior.  That's how I make my own judgments and it has always served me well.

Oath-taking is suicidal
Since taking the Lord's "name in vain," oath-taking is the spiritual equivalent of taking a can of gasoline, pouring it on your body, and then lighting it on fire.  I have written many times on this blog about the dangers of swearing oaths, but I'm not sure the information is sinking into the minds of the people who read the articles.  Oath-takers are liars; oath-taking is a form of lying.  This is why the legal system is so evil as it is actually a Satanic religious ritual.  You will hear legal types talk about the Bill of Rights and then casually take them away from you; and then say that you "volunteered."  The legal system deliberately lies by redefining words to make them look like they are saying one thing but they are intending a completely different meaning.  If oath-taking were allowed, it would still be impossible to take one in a legal proceeding because the person doesn't really know the real meaning of the words used in a courtroom.  This is another form of lying.  But again, they do this right in front of your face.

Tips on detecting lies
I try to keep my internal lie detector on at all times.  I always as for additional facts in order to make an intelligent determination of the truth of any matter.  And what is nice about actually using the natural law is that it is consistent and it will always get good results and truthful answers.  It is only the truth that will lead a man into making intelligent decisions.
Also, I look for the contradictions.  When the facts are not in harmony with each other, then there is a problem.  Keep asking questions until you get the truthful answer, and don't be afraid to ask questions.  I think this is where people make the mistake of not finding the facts by not asking questions.  The only stupid question is the one that was never asked.  Asking questions is a great way of making a point without getting into an argument.  The importance of asking questions is really important in order to understand any issue.  Asking questions is one of the most important components of effective fact-finding.  Effective questions will throw off the liar in remarkable ways.
When a liar has to account for his prevarications, he will act in very peculiar ways.  Remember, a liar may do his evil deed right in front of your face, so be prepared to ask questions to defend yourself from bad information.