Our Enemy the State: A Book Review Part 1 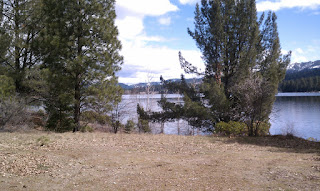 There was a book written by Albert Jay Nock called "Our Enemy the State."
The author passed away around 1945 and he had written this book during the depression and during the time that total socialism was being established in the "United States."  It was published in 1935.  I think that this book should be required reading for those people who wish to understand how government really works or doesn't work depending upon one's point of view.  I'm going to discuss the various points that Nock writes about and then where appropriate I will also discuss my own experience with the state and the problems I encountered.

Conquest and Confiscation
The governments exist by utilizing the monopoly on violence.  The purpose of government is to conquer the people and the territory and then confiscate all of their property.  This is really the true intention of all governments.  These governments in and of themselves produce nothing and they depend upon society to support them.  However, given the evil nature of government, we can see that they are the instigators of social unrest.  They create problems among people where virtually none existed. By establishing a state under conquest, the confiscation now occurs by taxation.  Of course, without the monopoly on violence, the government couldn't maintain its power.  It has no intellectual nor does it have any moral authority.  Its authority comes only from violence.  It is conquest and confiscation; comply or die.  This is the true foundation of all the governments of the world as they are all Satanic-communistic in nature.  Their styles may change, but the substance is always the same: communist.

Govtards have little intellectual integrity
I use the word "govtards" and this isn't used in the book.  However, I have personally experienced the evil and the stupidity of govtards.  I have seen judges hide exculpatory evidence from the jury ensuring my conviction on a law that never existed.  And it shows the lack of "intellectual integrity."
Here is an example from the book:

"Practically all the sovereign rights and powers of the smaller political units--all of them that are significant enough to be worth absorbing--have been absorbed by the federal unit; nor is this all.  State power has not only been thus concentrated at Washington, but it has been so far concentrated into the hands of the Executive that the existing regime is a regime of personal government.  It is nominally republican, but actually monocratic; a curious anomaly, but highly characteristic of a people little gifted with intellectual integrity."

Sovereign Rights
If there were any sovereign rights, then they were lost during the civil war and the Reconstruction Acts.  Most of the state constitutions from 1878 forward were changed to conform to the new structure of government.  This is why we have the obnoxious 14th Amendment which was fraudulently passed by the "Congress."  The southern states were told by the north that they couldn't be a part of the nation unless they voted to pass the 14th Amendment.  If that was the case, then the south had no authority to vote on anything in the first place.  The republican or voting part of establishing government is just window dressing.  Democracy is simply lipstick on the communist pig.  The political class in the "United States" is actually the communist class and their church is satanic.

Extinction of social power
Nock explains that the federal government absorbs the social power and "that the State dominates the nation because it represents it."  However, any nation that has communism, socialism, or fascism as their political foundation will always fail and bring disorder to society and civilization.  In my view, the reason is that these political systems violate the natural law or the commandments, and they violate them at every level.  Everything is a fraud and a lie when dealing with governments.  For instance: a lot of people think the Bill of Rights is something of value.  My answer to that is to try to use them.  My experience with it is that no one has any rights under such a system and I was able to experience that first hand.  Not only is social power absorbed by the State, but also the social power is destroyed.

Related:
Lipstick on the Communist Pig
Communism is More Advanced than We Think
Walter Allen Thompson has a new book called Natural Law: The True Supreme Law of the Land

Posted by Very Dumb Government at 9:47 AM