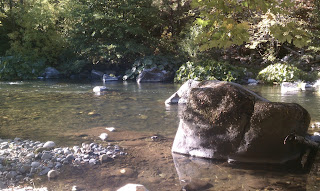 MGTOW is an acronym for "men going their own way."  This idea has sprung up because men have rejected feminism and the results that it has had on the quality of women.  MGTOW advocates seem to have a lot of good points on relationships between men and women, but what seems to be missing is the acknowledgment of proper moral behavior set forth by the natural law that was created by God.  While I find their writings interesting, this lack of a "moral component" doesn't do anything to correct the problem.  Men and women were not meant to be at war with each other, but it is the feminist movement that had done great damage to these relationships thus harming the family structure as a result.  But it cannot be blamed completely on the feminists.

Lack of sexual maturity
Any kind of sexual activity outside of the bond of marriage between a man and a woman is immature and outside of the natural law.  Fornication will always produce a lousy relationship between the man and the woman; usually with the end result of a failed partnership.  It seems that MGTOW advocates don't want to talk about the bad results that come from fornication and adultery.
Recently, two people have been reported by police to have committed suicide because they were outed by the hacked website called Ashley Madison.  These people got very bad results for their adulterous activity.  Fornicators have the same problem; some of the bad results may not be so dramatic, but they are still very unpleasant.  Adultery and fornication are vicious beasts that can destroy a person's life.  These are satanic activities and the lack of control of the sexual inclinations are immature.  And because they happen outside of God's natural order, they will always produce bad results.

MGTOW is a bad result
MGTOW exists as a result of bad relationships between men and women.  And while feminism is a disgusting philosophy, the main problem that sets up feminism is fornication.  MGTOW dooms the man to a life of living alone and without the prospect of having a family with children, along with the eventual grandchildren.  This, of course, falls into the trap of "Illuminati" new world order nonsense as fornication, adultery, and feminism serve to destroy the family.  Once the family is destroyed, then
civilization is ruined.  This has happened all over the world.  The main problem is not psychotic women nor sociopathic women, but it is the sexual immorality and the complete disrespect that men and women have for each other.

The dignity of women is lost
Sexual immorality is the primary problem of the relationships between men and women.  Given the sexualized culture of today, we can see the damage it has done to the relationships between men and women.  A woman's dignity is lost in fornication and the maturity of a man is also lost when he fornicates.  MGTOW seems to miss this point.  Men weren't created in the natural order to be without a good wife and family.  But it is the sexual immorality that causes these problems because it resides outside of the natural order.  Men and women are not made to breed or to have sex randomly with a lot of partners.  It doesn't work that way.  The result of sex is going to be children at some point, and these children will need a mother and a father.  Men and women are not some species of animals.  They exist on a higher level than animals and are creatures set aside by God for a higher standard of living.  So it makes sense in the natural order that men and women are committed to each other until the other one passes away.  This keeps the family stable and intact.

MGTOW promotes fornication
Most men want to have a sex life, so it makes sense to find a woman.  MGTOW will use fornication as a way to alleviate their sexual urges without the commitment of a marriage.  This will destabilize society even further because the payback from evil actions will always be bad as they never produce good results.

MGTOW is a bad excuse
Many men do not want the responsibility of a family so they'll use the poor behavior of women as an excuse to run away.  While some of their reasons are valid, it is the promiscuous culture of today's society that ruins the relationship between men and women.  I think that the proper way to handle the problem is to wait and be patient until the right partner comes along and wait on the sex until marriage.  Another advantage to waiting before marriage is that if a couple decides they aren't right for each other, then they can still part as friends without the beast of fornication lurking over them.

Conclusion on MGTOW
While I "feel your pain" and I understand the problems men are going through, the women are not the whole problem.  Women have to deal with immature men who want nothing more than sex and a good time.  This discourages women and then they fall prey to the evil themselves.  In other words, it is a two-way street.  Men and women should complement each other with both taking their proper place in the natural order.


Related:
Fornication is Destruction of the Soul
Working with the Natural Law: Part 5