Economic Chaos is Caused by Communism 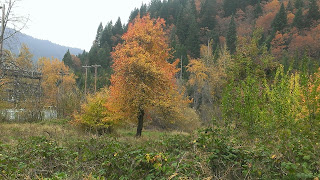 Most people would be shocked to find out that their governments are essentially communist.  In fact, most governments of the world have had the Ten Planks of the Communist Manifesto in place for a long time.
I remember a friend of mine had some visitors from China in the early eighties.  They were govtards and one was a former mayor of a major city in China.  I'm looking across the BBQ and I proceeded to tell them that communism doesn't work.  I went on to explain the reasons why it doesn't work for the benefit for most of the people.  I remembered this exchange after reading about how China is now devaluing their yuan showing just how insane is the central banking system.  Central banking is one of the ten planks of the Communist Manifesto.

Communism, Socialism, and Fascism are the various systems of slavery
While the style may change the substance of communism is the enslavement of mankind.  A socialist wants "other people's money."  Socialism is an extremely evil system because it steals from the producers and gives to the suckers.  The problem is that there's never enough milk in the communist tit.  Eventually, there are not enough producers to support the suckers and if you're a sucker, you had better have a Plan B.  Because the economic system is going to collapse at some point and many people will have major difficulties keeping a roof over their heads and food on the table.

Communism violates the natural law of economics.  The natural law of any economy is basic and anyone who wants to use their brains can figure it out for themselves.
Communism steals from the poor and gives to the rich

Communism does not work for the people except for the elites and the aristocracy.  Communism feeds off of the working class and gives to the sucker class which includes the government.  The suckers are the ones who do not wish to work and become a burden on society without trying to find a job.  Government work is not a job and it is counter-productive to a successful society.  But part of the problem and a big part of it is the trade agreements such as NAFTA.  This  trade agreement reads like the Communist Manifesto and it has been the reason why factories have left the United States and have gone elsewhere to produce their products.  The communists in the government have made it so expensive for businesses to operate in the United States that they have to take production out of the country in order to remain competitive.  As a result, many people have lost their jobs and now find it impossible to find good jobs.  These people eventually lose hope and give up looking for work.

Communism needs capitalism in order to survive
Since the suckers need the producers, the communist government allows a certain amount of freedom in the economy so that enough is produced for them to steal.  There's no point in communism if there is nothing to steal.  The problem comes from the fact that basic economic and natural laws are violated under communism and nothing will ever work properly unless communism is abolished.  This is why most people don't realize that they truly live under a communist system and that there is no way to make it work for the benefit of the people at large.  Capitalism is like the lipstick on the communist pig.  This leads to financial chaos that never seems to end.  Add to that all of the wars throughout history is like watching governments behave like a bunch of street thugs.  Government people are thugs.

China's financial problems
I don't claim to be an expert on financial issues, but the fact that China is a communist nation explains the difficulty.  They have a central banking system and an income tax.  These two things are the most destructive things about communism.  The income tax limits the productivity of people because if the government has this income tax, they are effectively treating their people as if they were slaves.  So they have the same nightmarish scenario as every other country including Greece.
A Chinese factory worker gets about $1.36 per hour while the average wage in the United States is around $23.00 per hour.  You can see the incentive to move factory production to China.  However, this is not necessarily good for China because those people who make this extremely low wage cannot buy very much so there's not much money flowing in their economy.  While the prices in China may be lower than in the US, the fact remains that it would take the factory worker about 251 hours of work just to pay the average rent of $342.00 per month for a one bedroom apartment.  The Chinese worker at this level can't pay the rent even with the 12 hour work day.  You can see a chart of the economic conditions of workers in China here.  This isn't much of a life having to work under these conditions.  This will actually hurt the Chinese economy.  But the communist officials there probably don't care.  A worker who cannot meet his own minimum daily expenses will not perform well in an economic environment such as communism.
The big losers are the people who live under such a system.  Central bankers and income tax provide for a slave trade environment.  This system has never worked well and this is why I think these governments should be abolished.  There is nothing to be gained by keeping them.

Global financial chaos
Since financial chaos can be laid at the feet of communism, it would only make economic sense to get rid of communism.  Communism empowers the state which violates the natural law which shows that it is theft to steal any part of a man's labor.  Communism allows the government to suck up a major portion of a nation's productivity and then use it for destructive purposes.  And all of the political games that are played always serve to support the communist system that has no real reason to exist.

Posted by Very Dumb Government at 3:24 AM