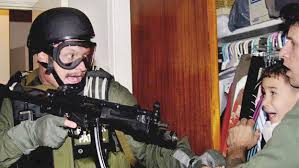 We are starting to see the election process and it is a discussion of who's up and who's down, who's in and who's out.  We see one poll after another with no clear view of any of the candidates.
The government as we know, is is just a collection of gang-style thugs.  And voting for these miscreants seems to give them the authority that they don't deserve.  Here in the "United States" we are subjected to the most intense surveillance and a collection of "laws" and regulations that is almost endless.  If a man violates or even misinterprets these "laws", then he could be subject to years and years of prison time.  The federal government has grown so large, that the problem may be solved when it collapses entirely, leaving the rest of the world in peace.  Of course, I could be delusional in my wishful opinion, but I don't see any other way this can be resolved.  To be sure, the govtards are communist thugs and they are not good for anything.  Society would be better off with no government than to suffer the millions and millions of lives that has been lost at the hands of the government.

Futility in voting
Having been involved with the "system" in various levels, it is my opinion that voting doesn't do any good.  Ever since I have been watching elections, every candidate has been extremely ineffective while he has been in office.  And the reason for that is that the government is structurally communist in nature.  Anyone who goes against the communist principles is persecuted and called a "crazy."  Most of the candidates lose their moral compass when elected and the results of the government actions prove that these organizations are satanic and communist in nature.  The type of people who run a government like this are just thugs.  Voting for a candidate is like voting for the best person to rape you. It is like voting for your slavemaster.  The voter is brain-raped, brainwashed, mind controlled, indoctrinated, and by watching these elections is essentially having his IQ lowered to an unacceptable level.  No candidate, no matter how well-intended cannot do a good job that benefits
the people at large because the communist system is hard-wired for failure.

Who starts the wars?
We all know the answer.  It is the government thugs who start wars and kill, maim, and displace millions of people.  Watching the way the governments operate, they act like a bunch of street gangs with badges.  Their uniforms give them the feeling of more power; when in fact, from a moral standpoint, they have none.  Any system which is built upon Satanic principles is completely evil and it has no moral authority.

Thugs in the legal system
The saying: "Whoa unto you lawyers" is not without merit.  The legal process is completely corrupted and it is unusable.  The primary reason is that it operates on oath-taking which breaks one of the commandments of God: "Thou shalt not take the name of the Lord thy God in vain."  Judges hide evidence from juries as a matter of routine and their long robes give the victim a sense that this judge actually has authority over him.  The authority that any judge has is thuggery and violence; and they use it.  The laws are written in such a way which are intended to confuse the reader and have them say one thing when another is intended.  This kind of distorted writings is just another part of the lying government system.

No morals; no freedom
Without a sound moral structure in society, there will always be bad results with the possible collapse of civilization.  The thugs are running the system and they are destroying everything that is good in life.  It would be better to abolish governments like these and use another system that is based upon natural law.  Better yet, maybe we need no system at all and just use natural law.  Natural law would cover the basics and the rest people could choose their own methods of doing things without interference from the government thugs. The government is nothing more than an extortion racket operated by thugs.  Voting for these knuckleheads seems to give them the authority that they never had in the first place.  Without a strong moral order based upon the natural law, mankind will be doomed to live in communist, socialist, fascists, and feudal states which always produce bad results.

Posted by Very Dumb Government at 8:20 AM