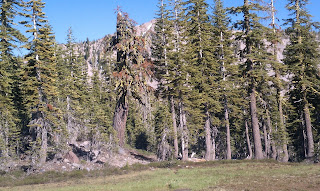 Just when I thought the communists in the education system couldn't get any dumber, I see a story about the University of Tennessee suggesting that students and faculty change the pronouns: he, she,
him, her to idiotic substitutes such as the following graphs:
I suppose being one gender or another presents some kind of a social problem for the university.  This is stupid and the people who suggest it probably have more of an agenda.  This is extremely evil.  This is a deliberate attempt to confuse young people about their gender and it keeps the transgender issue in their minds.  This is a form of mental and intellectual abuse that is prevalent in most colleges and universities.
This goes beyond anything that is reasonable and the fact is that it is an attempt to further brainwash the students and the faculty into accepting that which is extremely unseemly.  This university should be shut down and replaced with nothing.  Most universities and colleges are worthless craters filled with feces, and their excrement knows no boundaries.
This is a frontal assault on the natural order of life that was created by God.  It is an attempt to destroy the differences between young men and women.

Education is run by idiots
There seems to be no limit to the idiocy and the moronic capabilities of the losers who call themselves teachers.  They teach complete poppycock which is totally useless and does not help a student get a job.  Instead, they suggest the most outrageous ideas and they aren't interesting at any level.
For example, if you want to learn science, you'll have to endure idiotic theories about evolution.  If you wish to learn English literature, you'll have to read some of the most depressing material to the point that the reader is thinking about hanging himself.  You will also have to put up with learning psychology which is junk science.  In fact, most everything a student will learn in college will be completely useless in order to prepare him for a real job on the outside.  If you learn history, that will always be incomplete and it will not contain the whole story.  And none of it is going to help a person get a job unless the study involves the STEM subjects: science, technology, engineering, and math.
And even with those subjects, most of those can be learned online with a computer.  Going to a brainwashing center has no practical value unless the student likes to torture himself.

Taking education private
All government schools should be shut down.  Any school which can survive economically should be teaching practical skills that can be marketed to businesses.  Young people should not be rotting in universities and colleges when they should be settled in a career and raising a family.  Young people should be married by the time they are around 18 and they should be able to work and support a family.  There's no reason to live a slothful life in a university learning subject matter that is not usable.
Having a degree doesn't mean that the young person is properly educated.  He should master the English language, have practical math skills, and be able to communicate his ideas effectively.  He shouldn't have to sit around in the university prison camp-style learning a bunch of twaddles which will not earn him one penny.
Thus, the "gender inclusive pronouns" is just another example of useless endeavors which will result in stupid.  You can't fix stupid.

Walter Allen Thompson has a new book called Natural Law: The True Supreme Law of the Land
Posted by Very Dumb Government at 9:06 AM