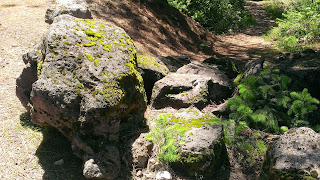 One of the most difficult experiences in life for me was trying to get to the truth of a matter, especially when it came to the subject matter of religion and politics.  While most everyone has an opinion, most people don't have little to no facts to support their conclusions.  If there are no facts, then the thought or conclusion can only be an opinion.  Most of us were born into Democratic or Republican families and our religion seems to reflect that of our parents.  We believe what we are taught, but at some point we have to start thinking for ourselves and come up with conclusions that are true; otherwise, our thoughts will be riddled with confusion and chaos.  Most of our ignorance is self-inflicted because we trust too much in authority and not enough in thinking for ourselves and discerning between right and wrong; good or bad.

Slaves to what we think we know

Almost all of us have had beliefs that were thought were indisputable, and perhaps some of them are, but most of the time, we do little to nothing to test those beliefs.  If I believe in something, then I have to look at the results that I'm getting to make sure my information is valid.  I find that my life is becoming more peaceful by making sure that the things that I believe in and the things that I do are good, wise, and can stand the test of "right reason."

Slavery of the body


Our existence depends upon the well-being of our own bodies and there's isn't much we can do about a lot of the world political events.  We cannot exit out of our bodies without having to die, so we have to abide within the natural law and to make it a point to never go outside of those parameters.  The commandments which match up with the natural law makes a lot of sense, and it is much easier to follow without any kind of religion.  We have a latent knowledge of the God who created us, and our surroundings give us enough information to abide within that natural law.  Because it is the conscience that condemns us and that is every reason to make sure that our behavior is within its normal boundaries.  If more men and women did this, we would not have a need for government   The need for the government shouldn't be necessary if the majority of the populations of the world stayed within God's natural laws.

Slavery of the mind

The main culprits in chaos and disorder are government, religion, and things we always thought were true, but are not.  Governments need this chaos and disorder in order to take control over mankind.  This is done through the use of religion which various groups fulminate hatred among each other.  This creates the chaos and the govtards come in and make everything even worse.  So the slavery of mankind is more pronounced in mental slavery more than the physical side.  The mental chains are stronger than the physical ones.  I marvel at how otherwise intelligent people, just can't seem to make the leap over their errant belief systems.

One example is trying to get people to take care of their own legal matters without using an attorney.  If there is one group of people who are overpriced and undervalued, it would be attorneys.  With a few exceptions, these miscreants take advantage of people who have put their trust in them.  But I marvel at how people will look at such people and actually think they are better off with them than to take care of their own problem.  This is probably due to the fact that most "judges" promote this type of thinking in the courtrooms.  But the reality is that most people do just as well, if not better without out an attorney.  Of course, it is always better to stay out of a courtroom if at all possible.  This is just one example.  People listen to religious people, but they never examine an issue for themselves.  So this lack of knowledge can be devastating and can ruin their lives because they didn't take the time to make sure they had the facts.

So, I suggest that people don't accept anything at face value.  Find out the facts, make good decisions, and stop allowing yourself to be lead around by the nose; creating chaos and misery in your life.  I try to use right reason on everything that I encounter.  I'm not always perfect, but I find that if I pay attention to what I am doing, and how I should be doing it, I seem to get very good results every time.  If I screw up, the impending bad result is always present.  I don't care who you are or who you think you are, the fact is the payback is there one way or another; good or bad.

One of the biggest problems for everyone in today's world is to exercise self-control.  Some things are more difficult to control than others, but the fact is that self-control is something most of us had not learned in a way that would protect us from evil.  Some of us have problems with sex, anger, stealing, and lying and all of these things can be controlled by making it a point to keep them under control.  We don't have to act out every emotion.  If we are angry, it doesn't help anything to beat up on a punching bag.  In fact, it is better to control the emotion by not doing anything and then wait until it passes.

Not to despair in the face of injustice.

The world is full of injustice because governments and religions are there to instigate trouble among the people, whereby they then take control out of the chaos.  It really is disgusting but evil people will always be around.  The goal should be to stop feeding the problem.  Don't pay any attention to them if it is within your power to do so.  Exercise your self-control and stay within the natural order.  While conspiracies are a reality, there's no point in knowing every single thing.  If you see a government person or a religious person, I would say that there's over a 99% chance that they are lying.  And the problem is that if you believe in any lie, you'll then wind up doing some wrong that will hurt you, your friends, and your family.

Living a happy life depends on wisdom and virtue.  The more you have of both, the better results you will get in your life.  It works the same way for everyone.  The more evil a man becomes, the more rotten is his life.
Those people who think they are getting away with evil, will always be unhappy people.  I don't think God intended for mankind to be unhappy and in constant turmoil.  However, all governments that I know about inflict untold misery and violence upon the populations and at the same time, making them think they are doing them a favor.  These bad governments and religions should not be supported any longer.  They are just too destructive to give any more consideration.

The natural law is the remedy to the problems of mankind. Without the natural, everything goes into disorder; however, the natural law produces a life that is enjoyable.  Man-made "laws" produce wars, terror, economic instability, and a host of other plagues that are too numerous to mention.  I think it is best to simply use this natural law that God provided.  We don't need any written documents to tell us what the natural law is because it is self-evident every second of every day.  We don't need to read a bunch of books to know what is good or what is bad.  What we need to do is to re-establish sound moral principles based upon the natural law which the God who created us established.

Related:
The Testimony of Nature to the Existence of God
How Government Violates God's Laws
Defeating Evil and Suppressing Anger