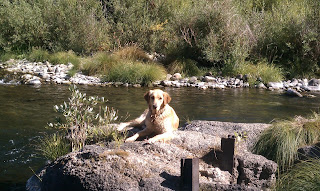 Governments could only have any authority over anyone is if they stayed in line with God's commandments.  Everyone that I've seen throughout history violates the commandments as a matter of habit and policy.  I'm finding that by limiting my judgments to whether or not my actions conform to the commandments, I can live a fuller and more meaningful life.  Everything seems to go better for me even when there appears to be some trouble ahead.  I just depend on God and I stay within the boundaries of the commandments.  I do not feel any retribution coming and my equanimity is always peaceful.  However, governments just don't seem to care about God's commandments, but they go out of their way to break them.  So let's go through these commandments and see how government violates them.
No one can have a successful and happy live violating God's commandments and the natural law.  There's only one God for everyone, and I don't believe that any of the known religions rise to the level of what God intended for man.  All of mankind is expected to keep the commandments and it shouldn't be that difficult.  There would be more peace, and people would hopefully leave other people alone to live the lives that they choose.  In other words, the government is a system with a built-in failure mechanism.  It is intentional as it exists to offend God.  The government wants to be a god, that will never happen.  If people want to organize and do things, they should do it under the authority of the creator and then stick to the natural law.  I'm not sure if that is possible, but I'm always hopeful.  The alternative is an utter failure.
The continual breaking of these commandments is not sustainable (love that word) and it will be the downfall of us all.  Better to repent, change our ways, and start living our lives the way God intended.

Related:
The God-state
Walter Allen Thompson has a new book called Natural Law: The True Supreme Law of the Land