The Testimony of Nature to the Existence of God 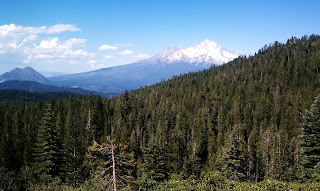 In researching the early Jewish and Christian writings, I was reading through the Book of Enoch which used to be included in the very early Christian church. The quality of the writing is outstanding, although I have no proof it rises to the level of a true story. But I found a most interesting passage: “And the fourth was named Penemue: he taught the children of men the bitter and the sweet, and he taught them all the secrets of their wisdom. And he instructed mankind in writing with ink and paper and thereby many sinned from eternity to eternity and until this day. For men were not created for such a purpose, to give confirmation to their good faith with pen and ink. For men were created exactly like the angels, to the intent that they should continue pure and righteous, and death, which destroys everything, could not have taken hold of them, but through this their knowledge they are perishing, and through this power it is consuming me.” This verse is in the section of Enoch which speaks about the fallen angels of which Penemue was one. (Notice the first three letters spell Pen.) If we weren't created for confirming our faith with paper and ink, then what else would we use?  This question had a profound effect on my thinking. I've always been a bit suspicious of things that I read, but in this case, how else would I be able to know about God? Then it dawned on me any writing must conform to the truth and be of any value. Truth is a part of God's natural order. And since it is easy to lie on paper, mankind should have another way of knowing that truth of God's existence other than scribble.  I believe that writings can take on an authority that they don't deserve.

The magnificence of nature is the fact and the evidence of the existence of God. I remember one afternoon, I was looking up at the sky and there were two rainbows overlapping each other, and a man I didn't even know turned around to me and said: “Who says there's no God?” The beauty of the event was overwhelming and everyone who noticed completely enjoyed the view. We can't see God, but we see the evidence of his existence through his creation. We can't see the air, but we feel it going through our lungs. We can't see the wind, but we can watch its effect on the trees and the environment. We see the sun, the moon, and the stars make their circle and the beauty of outer space is indescribable. Everything looks good.
I do a lot of hiking in the mountains and I find almost everything that I encounter, looks good from every angle. If I look at a tree or a flower, the view of it is beautiful from every angle. How is it that this is so? Did it happen by accident? Did the flower evolve from some kind of unorganized scum? No. The fact is, that nature and all that it contains is the best evidence for the existence of God, and it is that God who created these things that should be obeyed and honored. Why would anyone honor a god created by the imagination of a man? However, by observing the wonder of the creation, there is no question that God created it and he holds it together through his own power.
Everything that God created fits together perfectly.  The sun and the moon run their course providing daylight and light by night.  The sun and the moon do not fight for position, they do exactly what God told them to do, and they do it perfectly every day.   The water provides refreshment for the whole earth, the beasts, and the plants.  It feeds the crops, provides for the necessities of life itself.  The earth gives up her fruit, and provides a home for all of mankind, beasts and plants.  We all have plenty of air to breath, food to eat, and all of nature serves mankind for his benefit.  Just looking at it makes a person feel good.
When I go for a walk in a nice area, almost everyone has a smile on their face and they are enjoying the peacefulness of the natural order and being outside.  There is so much to look at and so much to admire in nature, that I think I should spend more of my time outside.  All of these things were created by God; and they are his.
Since nature is so pleasant, it seems to me that God created mankind so that he could enjoy all of the good things that God created.  We were not put here on earth to suffer; at least, I don't think so.  If we stay within the natural order, then our lives will prosper.  I believe the purpose of the natural laws and God's commandments is to keep us out of harms way and if we observe those laws, we will have prosperous lives.

If God made everything perfectly, then it would follow that men and women were made in the same fashion.  They were created to compliment each other, and to live with each other in peace.  But since we know that men have a free will, then it is certainly possible for them to make good and bad choices.  I've always noticed how animals seem to be able to stay in their own natural order.  They choose their actions too; but the will usually stay within their own proper boundaries.  Why can animals, but people can't?
One thing I've noticed with animals is that they don't engage in gratuitous sex, while many men and women do so on a routine basis destroying their lives along with it.  For an animal, sex is for making more babies; whereas, with people, it is almost like some kind of sporting event.  For many people the sexual act is an end to itself.  With men and women, sexual activity should be within the context of the natural order which is a lawful marriage.  Animals do not get married, but they do manage to stay within the natural order.  You don't see animals acting like Hollywood sluts. But the problem is that our culture has provided too many opportunities for casual sex and it is at the center of our failure as a society and as a people.  Government and religions have helped this along with their insane doctrines of death.
If men and women put their relationships back into the natural order, their lives would benefit greatly.  Relationships, are a part of God's creation but they do have boundaries.  However, by staying within those natural boundaries that God put in place, it only makes sense to follow them.  They are there for our own benefit.
The evidence for the existence for God is within nature itself.  And the evidence of his commandments are contained within the natural laws, and all living things have a latent knowledge of the natural law.  God's existence doesn't depend on any written document.  A written document--if its testimony is true--will reflect the state of the case.

Consider the words of what is said to be from Clement of Rome around 100 A.D: "The heavens, revolving under His government, are subject to Him in peace. Day and night run the course appointed by Him, in no way hindering each other. The sun and moon, with the companies of stars, roll on in harmony according to His command, within their prescribed limits, without any deviation. The fruitful earth, according to His will, brings forth food in abundance. At the proper seasons, for man and beast and all the living beings upon it. Never hesitating, nor changing any of the ordinances which He has fixed.
"The unsearchable places of the abysses, the indescribable arrangements of the lower world, are restrained by the same laws. The vast unmeasurable sea, gathered together by His working into various basins, never passes beyond the bounds placed upon it, but does as He has commanded. For He said, ‘Thus far shall you come, and your waves shall be broken within you.’ The ocean, impassable to man, and the worlds-beyond, are regulated by the same enactments of the Lord. The seasons of spring, summer, autumn, and winter, peacefully give place to one another. The winds in their several quarters fulfill, at the proper time, their service without hindrance. The ever-flowing fountains, formed both for enjoyment and health, furnish without fail their breasts for the life of men. The very smallest of living beings meet together in peace and accord. All these the Great Creator and Lord of all has appointed to the smallest of living beings to exist in peace and harmony; while He does good to all, but most abundantly to us who have fled for refuge to His compassions through Jesus Christ our Lord, to whom be glory and majesty for ever and ever.(1st Epistle of Clement)
These are the things we should be focusing our minds upon and letting go of the brain-rot of today's culture.  There are too many good things that God created for us to enjoy, and it is worth our while to just turn away from evil and enjoy the life that God gave us.

Related: The Knowledge of Wickedness is not Wisdom
Walter Allen Thompson has a new book called Natural Law: The True Supreme Law of the Land