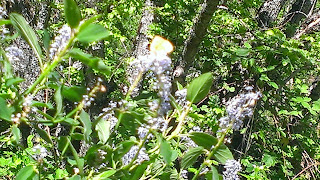 I believe that all men are created with a latent knowledge of natural law and that any writing must be confirmed with that natural law in order to have any authority.  Most of us have had the experience of doing something wrong even though we know that the evil deed will hurt us all in the long run.  This is probably why some people who are rich and famous may behave in an unseemly manner, and then take drugs to relieve themselves of the pain of their miserable existence.  None of us can escape this.  And no matter what your position is in life, there is no good thing that will come from and evil deed.  The constant taunting of one's conscience is probably intended as a form of spiritual discipline that no government or religion can do.  This discipline is essential for the man or woman to learn from their mistakes and to correct their behavior.  However, if they ignore the conscience, they will continue to do more evil and destroy their own lives.

The income tax is one of the evilest practices in modern history.  There is no doubt in my mind that it is a complete economic slave system and it violates the natural law.  A man is entitled to the fruit of all of his labor, yet many governments steal from their people because they seem to enjoy the power.  Every government that uses income tax will ultimately fail because the natural law will not allow for it.  It may go on for a period of time, but eventually, it will collapse under the weight of its own corruption.  The reason is this: if a man is mandated to give any of his money he earned through his labor, the income tax is then a theft of the fruit of his labor.  What gives any group of men the right to take the earnings of other men and then give those earnings to someone else?  This idea violates the natural law.  So these groups of men have no rights over men and women because it is not supported by natural law.  Congress could pass a law requiring people to get a license to breathe, but I'm sure the natural law would not be impressed.  Congress could pass a law against gravity, but gravity would still be present.  The stupidity of man-made laws is beyond all forms of right reason.  Whether or not Congress passed an income tax law or not; voluntary or involuntary, the whole point is that a man is never to have the fruit of his own labor stolen by other men.

Adjusting behavior to the natural law

So then, it is the natural law that overrides all governments and religions.  The natural law is the same 24/7 and has been that way since the beginning.  If I compare religious teachings to the natural law, I can see the idiocy of religion in comparison with the realities of nature.  This is why I think most governments and religions operate on satanic principles and they dress up their evil with a false display of righteousness.  When I see most religious or government leaders, I am always on my guard with the idea that there is a good chance that they are lying.  If they are moving their lips, then they are probably lying.  It is very difficult to get a straight answer from a govtard or a religious leader, so it doesn't make any sense to listen to them.  There is no government that can lawfully impose an income tax on anyone because it violates the natural law which is a higher law than man's.  Natural law is the "supreme law of the land" and not any constitution.  Those who make people think that they owe this tax are simply liars.  It's not that complicated.

Lying is one of the worst things a man or a group of men can do to their hearers of their poppycock.  The reason being is that the lie distorts the mind of the person who hears it.  That person then acts upon that false premise, may teach the lying to someone else, and the whole process takes up a whole life in and of itself.  So lying is the primary tool of evil people.  They cannot tell the truth because they refuse to abide by the natural law.  Just watch all the junk in the media about the NSA, IRS, FBI, and you will see one lie after another.  It is difficult to know what to think, so I think it is best not to think about these things at all.  Who said what, when, and where is enough to make a man insane.  My default initial thoughts is that they are all lying and there's no productive reason to listen to them.

I think it is much easier now to simply "clear the decks" and start over and get everything back into the conformity of nature.  It is far too destructive to continue on this insane path to utter desolation.  So judge your own actions with the natural law and see if what you intend to do is going to be right or wrong.  If you're going to drink the whole bottle of whiskey, what is going to be the natural outcome?  Obviously, it's going to be drunkenness.  If you have one or two shots of whiskey, then it makes sense to limit the intake and still be in control of your faculties.  Every deed we do has a good or a bad result.  Take the time to think about what you are doing.

If you are a homosexual then you'll probably want to weigh the results that you're getting now.  If you were to stop being a homo, then you would get much better results.  The reason being is that homosexuality is completely against the natural law, and homosexuals violate that with every unseemly act.  So rather than trying to justify the unjustifiable, stand back and look at your own actions and then look at the results in your life.  Ultimately, it will be obvious to you which choice will produce the most happiness.

Unlike man-made writings, the natural law cannot be counterfeited or forged.  Natural law is what it is and there's really no point in attempting to alter it because it cannot be done.  It has been my experience that when I have the smarts enough to stay within the natural law, I always get good results.  It really is quite remarkable when I approach life in this fashion.  And a man has to experience it to understand how important it is to abide in that natural law.  It works well every time.  There isn't anything better and there never will be.