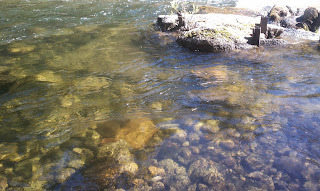 One of the things that I find truly amazing is the ability of the senior members of major corporation who have intentionally pissed off the majority of their customers.  The reason is that they are supporting the worldwide homosexual agenda. I have mentioned J.C. Penney whose stock has plummeted as a result of hiring lesbian Ellen Degeneres (degenerate in French).  Pro sports teams are nipping around the edges of having some players "coming out" i.e. the NFL and the NBA.  The NBA has had one or two so far, but it hasn't quite been done with the NFL.  The NFL could mean "not for long" if they start with the pandering to homosexuals.
It has been reported that the CEO of Starbucks has told investors that if they support traditional marriage over homosexual or gay marriages: we don't want your business.  Wow!  Now that I've heard that, I don't want to give Starbucks any of my business.  The coffee industry is highly competitive, and there are other places people can go to get their coffee and so I suggest that people find another place to go for coffee.  This is the only way corporations are going to learn not to anger people who believe in traditional marriage, which is still about 96% of the population.  This is almost as dumb as the JC Penney marketing plan. 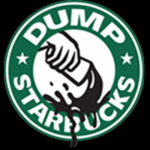 Homosexuality is an evil practice and it is telling how large corporations are pandering so such depravity. Homosexuality is not in fashion in any sense of the word.  The homosexuals I have met in my life were complete jerks; immature in their behavior, and perverted in their thinking.  These people are losers because they have chosen to destroy their own lives.  Homosexuality goes against the natural law and it stands morality on its head.  A CEO of a major corporation such as Starbucks should be fired for getting involved in promoting what most people think is perverted behavior.  A homosexual chooses to be a homo, he wasn't born that way.  This kind of suicidal marketing will probably put a lot of people out of work.  For every Starbucks that exist, there are probably two or three alternatives within a short range.
The stupidity of this kind of "marketing" or company policy is unbelievable to me.  Just when I thought I have heard everything, something like this comes along.  But then again, they do have the five-pointed star right on their coffee cups which symbolizes satanic or luciferian roots.  Satanists hate happy families and these creeps will do most anything to promote the homosexual agenda and piss off 96% of their market.
As a former businessman and sales rep., the last thing I want to do is to anger my customers.  Sometimes I have inadvertently done that by making a mistake on a price quote or a delivery on products.  So I understand how precarious any business can be when dealing with customers.  In Starbucks case, telling people to take their business elsewhere when these people represent 96% of the population; well, it takes my breath away in its stupidity.  I've lost a few customers over the years for making the smallest mistake, but think of the possibilities of making a big one like this!
The best thing anyone can do is to withdraw their business from Starbucks.  Have spend my fair share in their stores, but now I'm going to their competitors.  I try not to do business with any company who promotes this agenda.  Hit them where it really hurts; in their pocketbook.  That's the only thing that is going to get their attention.
The idea that major corporations are pandering to the homos is an interesting topic, but in my view this nonsense has gone on for decades.  The goal is to destroy the family, ruin lives, and wallow in their own misery.  No homo is really happy.  They are miserable wretches who aren't man enough or woman enough to accept their rightful places in the natural order.  It wouldn't be so bad it they just stayed to themselves, but they don't.  In order to increase their numbers, they have to recruit straights.  Buying at Starbucks helps to pay for this agenda.  This may be yet again, another J. C. Penney.
I'm wondering just how far this "suicidal marketing" will go.  So, as it says in the caption: Dump Starbucks

Related:
The Downside of Homosexuality

Posted by Very Dumb Government at 9:35 AM