The Shit Always Comes Out of the Horse 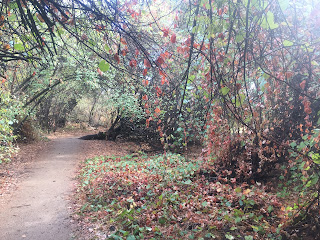 As an observer of the natural law, the old saying: "The shit always comes out of the horse" is ringing true when it comes to the workings of the federal government and the legal system.  All of the evil actions anyone does has its payback and the people in the federal government are subject to it just like everyone else.  They think that they can get away with being rotten people, but the facts are showing that at some point it is going to reach a critical mass.  The people who are a part of the federal government are going to be paid back for their evil deeds because of the natural order.  No one has to lift a finger against them because the govtards will destroy themselves.
During this election cycle, it seems that there is a scandal a day with no end in site.  And if Hillary Clinton gets elected we may have multiple scandals a day.  And in today's world of fast communications, it isn't as difficult to find information.  I want to examine what might be the end result from all of the controversy about the elections.  I'm thinking that the usefulness of the government really has to come into question as we see one rotten thing after another and seemingly with no consequences on the perps.

Everyone is subject to payback
All of us instinctively know that when we do bad things that evil things will follow.  We all know this.  I call it payback and some people call it recompense.  Bad consequences always follow the evil deeds.  People who work for the federal government are accessories to the criminal operation called the Government.  And with the FBI's Comey incident about Clinton's emails, it appears that there is going to be a massive payback that will manifest itself in ways I wouldn't dare to speculate.  All I know is that every evil deed will lead to the unwanted payback and every federal worker will find this to be true.  Just like the gravity that holds everything in place, the payback is also a part of the natural law and it cannot be avoided.

The government is structurally rotten
No matter who gets elected, people tend to think there will be a change for the better.  In this regard, the voters have been almost always disappointed with the results.  And the fundamental problem is this idea of having a government.  The problem is that the government has little to no moral standards and that any action is justified as long as it preserves the government's agenda.  It only makes sense that if the government is structurally evil then the people who run it are just as bad.  Granted, many people in the federal government don't really know just how bad it is but in today's world, there's really no excuse for ignorance given the ability to look things up on the internet.  Just like the shit coming out of the horse's rear end, the evil will flow from anything called the government.

Constant war and threats of war
The government has involved itself in so many wars that it is difficult to keep track of them.  I counted over 154 wars since the passage of the Constitution of the United States in 1789.  The government has murdered millions of native Americans and has involved itself in wars all over the world.  The American people do not condone such things, but with the manipulation of the mainstream media, the people are deluded into thinking that war is fighting for our own freedom.  The facts show that all of these wars have been quite useless and have spent the lives of millions of people for no reason but to further its Satanic agenda.

Evil is destroying everything
And because of the low moral standards, the people of the world are destroying their own lives thinking that they are having fun and a good time.  The natural order doesn't allow for that and the evil must be expelled from the natural order.  I'm thinking with this election, we're going to see some nasty stuff because the people have tolerated this evil for too long.  The evil cannot reside successfully in the natural order of life.  The evil is like the shit coming out of the horse's ass.  The evil cannot be tolerated in the natural order and it will come out one way or another.  This is going to be a very difficult lesson for the moral people to learn.  The evil is broken and good for nothing.  And there's no point in looking for a "lesser evil" to solve any problems.