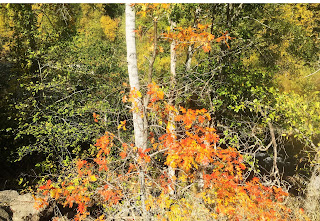 One of the things that bother me about the government people is the fact that we don't recognize them as a threat to our existence.  All government workers are communist assholes or assholes-in-training.  The whole world system is communist and all governments have been inflicted with this curse. It was designed that way as communism is the system of choice in the Protocols of the Elders of Zion.  And it doesn't matter to gets elected to what because at the end of the day the system will be completely communist.  The 10 planks of the Communist Manifesto are in place in all governments and this communism is a curse on any civilized society.

Communism is the Satanic political and economic system of all governments
The people think that because they are allowed to vote, that there is going to be a change for the better.  The problem is that it hasn't happened in my lifetime.  The situation always gets worse from one election cycle to the next.  The culprit is the rampant communism.  The best that can be said about the election is that the public gets to elect their slave masters.  The government is exercising a master-slave relationship with the general public.  These elections don't really need to be fixed because the underlying communism is never challenged.  In order for real financial change to occur, the central banking system would have to be abolished and allow for competing currencies.  The money supply should never be a monopoly.  Political leaders who attempt to change the central banking systems are usually assassinated.  Communism has no morality. It does no one any good to be nice or polite to a communist.  Rather, it would be a wake-up call if people treated them with truthful and blunt language.

Communists, socialists, libtards, and progressives are people to be scorned
Communists and people like them are nasty people.  They should never be treated with respect.  In addition, they are downright dangerous.  Their thoughts are as useless as tits on a boar hog.  But I have hardly ever seen any criticism of communism even in the alternative news media.  And by not attacking Judaism and communistic principles these media outlets are just as corrupt as the MSM.  They put up a false sense of security by making it look like a solution is coming when there is none.
Even if Donald Trump is elected, he will probably do nothing to change much of anything.  The facts show that the taking a part of anyone's income is a slave system.  While lowering the rate of income tax is good, the better thing to do is to completely eliminate it.  However, all planks of the Communist Manifesto should be eliminated from every government because the communist system is immoral, demonic, and it creates a very unstable society.
Anyone who is going to attend any college or university should think twice about it because it is going to be an evil indoctrination of communistic principles rather than a good education.  Teachers and professors who are libtards have absolutely nothing to teach to anyone; unless it is a lesson on what not to do.  They are worthless scoundrels who don't have anything else to do but to destroy the intellect of the young people.  They don't deserve anyone's respect or honor.  It is better to separate from them as no good comes from being engaged with any communist.

How to get under the skin of a communist
One of the best ways to get under the skin of a communist in government is to ask them this question: What facts to you have that your laws apply to me?  They cannot answer the question.  Man-made laws cannot apply to another man as no one has the authority with the exception of a violation of the natural law which applies to everyone equally.  The authority the communists use is the threat of violence in order to get people to do what they want.  If you don't pay your taxes they will steal your property, and maybe even kill you.  That is all done violently.   The communist slogan should be: comply or die.

Not recognizing the real threat
Most people think that in the United States we have lots of freedoms.  However, the facts prove just the opposite.  Under the natural law, we all have plenty of freedom to do what we want as long as it doesn't harm other people.  But with the government laws, most of them actually violate the natural law and this is where the trouble starts.  The government thinks it can go out and just arrest whomever they please and that they have the moral authority to do it.  The fact is that many of these arrests are kidnaps.  This has happened to me a few times and the "officers" who arrested me had no warrant, no probable cause, and no authority to violate the natural law which God created.  And believe me, these "officers" do not give a shit whether they are doing the right thing or not.  They just care about their salary and their retirement.  They could give a rat's ass about anyone's rights.  Once this happened to me a few times, I finally got the message.  I really have no rights and if you think you do go try using them.  But all of us were indoctrinated into the fantasy world of  "civics" which was nothing more than a bunch of political lies to hide the truth of the underlying communism.  As a result, the government is the biggest problem in society today and not the lack of it.  If every government official followed the laws as they are written, it would still be a massive problem.  And the reason is that the natural moral order is violated by the government laws which makes their laws null and void.

Send them to Cuba
I  think it is better for all concerned that any communist, liberal, fascist, socialist, progressive, or nazi that lives in the United States should be relocated to Cuba.  If they like communism so much, then they should enjoy what it has done for Cuba.  Venezuela is also becoming a communist hell hole.  The purpose of communism is to destroy society and to ruin life for all people.  The communist hates people and they are always full of shit.  They are nasty people who don't care about anything but their stupid socialist ideas.  All of them should be encouraged to relocate to Cuba and see how they like the end result of communism.