What to Not Look For in Tonight's Presidential Debate 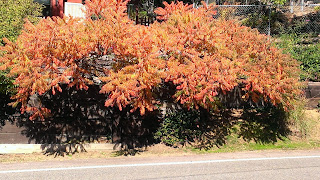 As many of you will be watching tonight's debate between Hillary Clinton and Donald Trump, I would like to point out the problems with the government that will not be addressed by either candidate.  In my opinion, the election process is just another dog and pony show that gives the people a false hope against any future change for any improvement.  Both candidates will ignore the true culprit that is destroying all of us, and that is communism.  It doesn't matter if it is communism, socialism, or fascism as they are all feculent political systems of the lowest order.  I'll go through a few of these communistic principles.

Income Tax
Donald Trump wants to lower the income tax but the better move would be to eliminate it and replace it with nothing.  The economy would take off like a rocket as people would become more motivated to work and not have up to 60% of their income confiscated by the communist left.

Property Tax
The property tax provides the government with a back-handed way of actually owning the property but giving the so-called "property owner" the appearance of ownership.  If you have to pay property tax on anything, you don't own it.  If you don't pay the tax the govtards will confiscate your property.
What needs to happen is that property tax must be also abolished.  Let whatever the property taxes fund, such as schools, collapse into the gutter where they belong.

Free public education
Public schools should be closed and with no income tax, everyone should be able to afford adequate education if that's what they want for their children.  The fact is that the schools aren't really free because the expense for them is attached to the property tax.  It's better to reset the whole educational system by allowing the free market to fill the void.

Abolish the Federal Reserve Bank and Usury
The Federal Reserve Bank and all of its associates should also be abolished.  Banking as we know it today is no even legal if one uses the constitution as the basis of law.  In 1849, the California Constitution doesn't allow for banking or the use of bank notes and if we took this law seriously, the whole monetary system is illegal and it is a fraud.  I will reproduce the text:

Sec. 34 The Legislature shall have no power to pass any act granting any charter for banking purposes; but associations may be formed, under general laws, for the deposit of gold and silver, but no such association shall make, issue, or put in circulation, any bill, check, ticket, certificate, promissory note, or other paper, or the paper of any bank, to circulate as money.

Sec. 35  The Legislature of this State shall prohibit, by law, any person or persons, association, company, or corporation, from exercising the privileges of banking, or creating paper to circulate as money.

Of course, central banking is another plank of the Communist Manifesto and these four communistic principles will not be addressed tonight.