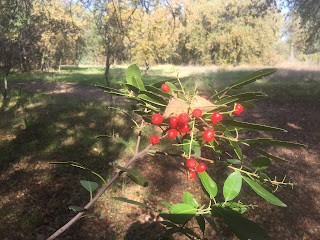 One of the most frustrating things about government and religion is this idea that people should follow the leader and then blindly accept their instructions as if they were "God's word."  No one really knows what God's word is outside of the natural law.  It is this natural law which gives a man the proper information in order to make acceptable judgments.  The problem is the modern man is not taught how to think for himself.  He has been raised to obey his masters, and obey he does.  If he attempts to break out of the groupthink, people will say that he is an idiot or a crazy person.  And having a thought or an opinion that is different from the groupthink will get a man in big trouble.  I have had this experience and it is frustrating to know the facts on an issue and t hen have people say that I'm crazy.  However, as each day passes, I realize that the crazier they say that I am, the more I understand that my efforts are having an effect.

The government is completely insane
The rational mind cannot accept the operation of the government.  When I was a "tax protester," I   got to that point by reading the tax code.  I read parts of it over and over again and I came to the conclusion that the income tax was a fraud.  I was ordered by a federal judge to fill out the income tax forms, and I agreed as long as it conformed to the law.  So, before I filled them out, I sent a fax to the DOJ and requested the law which made me liable for the tax.  A few days went by and I received a court document calling for my arrest for simply asking for the liability of the task.  I thought that this incident was completely insane and I marveled at the stupidity of it.  And just recently, we've seen how Hillary Clinton violated so many "laws" and the FBI covers it up.  This shows how the government is good for nothing.  It is the government which starts the wars, it is the government who steals the money through taxes and usury, and it is the government who is a major player in the corruption of the morals of a civilized society.  The main problem with the government is that the people operating it are the ones who are guilty of  enforcing the immoral laws.  It doesn't matter which government as all of them are run on Satanic principles.

The people in government are not exempt from the moral order
A man who works for the government is completely outside of God's moral order.  He has no more authority than anyone else in the real world.  But they have turned the natural order of mankind and turned it upside down.  Most people don't notice this because they have been told what to do since they were children.  And, in the process, they have produced the mindless population who like to "follow the leader."  Leaders are only good if what they propose is good and moral.  Anything else is very dangerous and will always get bad results.  The natural moral order applies to everyone regardless of what they think or believe.  That's why the natural law is so much easier to use.  All a man has to do is to take the time to think things through before taking any actions.  However, this can be difficult when in the company of evil-doers.  A man can get caught up in the excitement of the moment and then take the wrong action.

The same old excuse
I get exasperated when I heard a govtard say: "I'm only doin' my job" as if it is an excuse to do the evil deed.  My answer to that is to get another job.  If most government operatives did that then there would not be enough people to man the government and it would collapse under its own corruption.  To be a dishonorable man with a nice retirement isn't really a good way to live.  The government operates on bad religion and it serves the false god.  The root cause of bad government is communism and every government is founded on Marxist-Luciferian principles.  It is no wonder that we have the chaos and turmoil that inflicts so much suffering on mankind.  The government should be flushed down the dung-heap of history and people should start learning to think for themselves, using the natural law as their guide.

Walter Allen Thompson has a new book called Natural Law: The True Supreme Law of the Land
Posted by Very Dumb Government at 11:14 AM