Why Liberals are Such Idiots 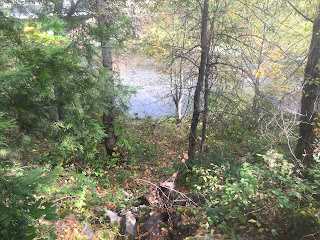 One thing I can say about libtards is that they are completely consistent in their idiocy.  They lack no talent when it comes to being stupid.  They support the doctrine of communism which has proven itself to be a complete failure and their idiocy in advocating it knows no limits.  I've said many times on this blog that the communist is a Satanist.  The Satanist builds his doctrine from Judaism, along with all of the Abrahamic religions.  When a young man gets "educated" in college, he is being indoctrinated into Satanism which is always manifested in communism.  While many politicians soft-peddle the doctrine by calling it socialist, the fact is that a socialist is a communist.  A politician who runs a government with communistic doctrines is a communist himself.  Those people who enforce communist doctrines are liars, thieves, cheats, murderers, and kidnappers.  They are evil people and it is difficult to convince them that they are one the wrong side of life.

Natural law is the only valid law
All life is based upon natural law the way God created it.  There's no argument about it.  It is there for all of us to observe and it applies to everyone equally.  There are no exceptions.  We simply cannot override the natural law and any attempt to do it will result in failure.  Just to be clear, the natural law does not include evolution because it is a doctrine of complete nonsense.  But the natural law can be seen and it is there to teach us right from wrong if we take the time to think through an issue in order to reach an intelligent conclusion.  We don't need any writings or books to be able to understand our own role here on earth.  All we have to do is to assemble the truth by knowing the facts and we have all of the understanding we need.
No government can ever justify going outside of the natural law, and when they do it, people always get chaos and disorder.  No government is necessary if its end product is evil.  If it is evil it is good for nothing.  And in my lifetime, I have never seen or known of any government who could stay within the natural order.  And when they don't, their failure is there for all to see.  Once their failure is noted, the libtards attempt to put a happy face on their evil.  This is why they act like idiots.  I've never met a liberal who was not an idiot.  In fact, I would put all of the political class in the same "basket of deplorables."
For instance, in the natural law, people would be able to own their own property(no property tax).  It is the property tax that takes away full ownership of the property.  If a man doesn't pay his property tax, then he will lose his property.  But the idiot libtards like the property tax because they can use that money for "education" but in reality, they are simply using the property owner's money to indoctrinate the students in the doctrine of communism, Satanism, and sexual deviation.  Libtards are absolute morons, and they push this nonsense on the general public.  It is the taxes collected that help to spawn even more evil within the society.  Thus, the government perpetuates itself by using conquest, confiscation, and tyranny.  This is what the political class is all about.
Police officers enforce laws that go beyond the natural law.  The United States has the most people in prison than any nation on earth.  There are so many laws that it would take a lifetime to read them all, let alone understand them.  Yet, the political class says that we're supposed to know and obey them but they themselves, i.e. Hillary Clinton disobeys the government's own laws and so far has not been prosecuted for those violations.

They whine when they don't get their way
Remember a libtard is a communist which means that they are also Satanists.  They like to murder people in useless wars, they steal money from hardworking people, and they control the money system.  Satanists are extremely immature and they are extremely evil.  They teach perversions in public school and most of the teachers should be put in jail.  So, when Donald Trump won the election, the libtards went berserk.  Some colleges are providing therapy dogs and play dough for the most extreme whiners.  This is pathetic.  And, in my opinion, the reason libtards are idiots is that they cannot face the facts of their own corruption and failure.  Communism is an extreme failure and no man or woman should ever approve of a system of government that murders millions of people.  A libtard has no intellectual reason to impose communism on anyone, yet they do it on a daily basis and they should be vigorously opposed.  There's no point in being nice to a liberal because if people are nice they will take advantage and move on their corrupted agenda.  It is better to call them out for the failures that they are and opposed them at every turn.  They are immature little devil worshippers and they should not have any authority over anything.